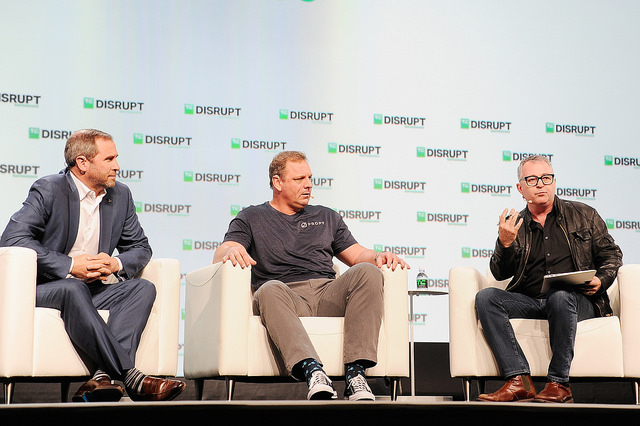 In recent time, there have been massive developments surrounding Ripple and blockchain technology. This continuous development could not be perceived as practical when anyone could talk about it last year.

Last year, the Chief Executive Officer of Ripple, Brad Garlinghouse mentioned how financial institutions like banks were going to integrate Ripple in their payment settlement, but his Public Relations team thought he was projecting little too high. In his statement at the SG FinTech festival 2018 that happened recently, Brad highlighted some of the series of developments that have taken place in the digital currency world.

Recently we have seen Ripple being implemented in the financial systems of major banks around the world and now its clients can send money across the border using the blockchain technology with ease – thanks to its framework.

Ripple, since being implanted in 2012, has been offering superior innovative implementations that have never been experienced leading to the continuous improvement of financial systems across the globe. This has had a positive effect on financial systems as transactions are done faster and efficiently enhancing customers trust in financial institutions and systems.

Considering the recent partnership between the Pan European Infrastructure, Target Instant Payment Settlement, and Ripple, it is expected the combination of the two efficient and effective systems are going to have positive outcomes.

Many Ripple clients, as well as European clients, will be able to utilize digital currencies as a medium of transacting virtual assets between digital platforms thereby increasing the use of digital money all over the world. It clearly shows how fast and advance in technology Ripple is moving.

BREAKING!
"PR said I had a overstep by projecting that within a year I have predicted financial institutions like banks will be using XRP in their payment flows.. PR team say:"Brad, Don't say things like that" It turns out I WAS RIGHT!" – Brad Garlinghousehttps://t.co/wdGZeW4alM

The Pan European infrastructure is implemented in the Central Bank of Europe which currently is the head of the financial sector for European nations that use and implement European monetary policies in the region. It is composed of 19 countries that are member’s states of the European Union. The Euro is also termed as the most reliable currency in the world.

The sole purpose of the Target Instant payment system will be to create an instant platform that will enable the transaction of digital currencies all over Europe using the Central Bank of Europe.

The Central Bank will act as a  pathway that will facilitate the regulation of the transfer of settlement from one place to the other hence enhancing the transmission of cryptocurrency across the border, the world, and Europe. The current development will make it easier for many users to switch to Ripple blockchain as compared to other payment systems with time.

According to the CEO, financial institutions and banks will provide custody solutions for digital assets in the coming year. These custody solutions are products that are offered by the third party for storage and security purposes. Its introduction is with the expectation that it acts as the missing link between fund managers and investors who are seeking entry into the market.

With the development of banks, there will be more investors that will be willing to use digital currencies in their daily transactions.

If there is a possibility in the near future for IMF and Ripple Blockchain partnering and integrating their systems, it will spell good tidings in the entire blockchain and cryptocurrency ecosystem.

These could be very beneficial to the digital and financial world as it would mean that the instant digital payment system will be performed in the IMF system thereby being recognized globally and be utilized by users from different nations to transact their digital currencies across borders creating a great revolution.

With these continuous changes taking place, no one can disagree that Ripple will have a brighter 2019 considering everybody’s interest is in the adoptions and partnerships that are set to revolutionize the digital world in a big way.

3 Coins Coinbase Will Adopt Next