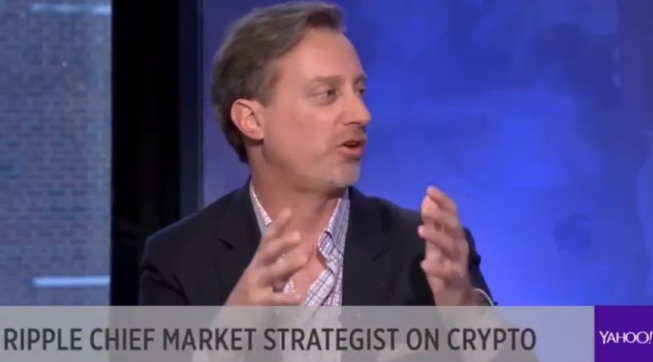 Since the inception of cryptocurrency and blockchain technology, every single project has been taunted with being lacking in something. We all know Ripple’s XRP has been called a security for long now, Bitcoin tend to have some real issues in it though. Scalability has been a point of discussion on the Bitcoin platform. Lighting project was the closest solution to the scalability issue on the platform. Unfortunately, the lighting platform is not going to be in operation in full gear until the year 2020.

At present, thousands of settlements go unconfirmed, and Bitcoin’s blockchain technology is arguably said to be running at a 90 percent capacity. Bitcoin cannot afford to be behaving this way with its scalability issues considering the many competing options available in the market.

Thoughts of Cory Johnson on XRP being polished Bitcoin

In his usual nature, Cory Johnson is not letting Bitcoin’s scalability issues plaguing the number one ranked crypto go by without capitalizing on it, letting his voice known by saying Ripple’s XRP is two times better than BTC.

Naming some renown personalities like Paul Krugman, Johnson spoke about the many people who are complaining about Bitcoin blockchain technology’s failure to make significant development in the cryptocurrency side. Johnson said:

According to Johnson, there are many unintentional biases developed by individuals who have cashed their money in this industry. For example, the Ripple strategist gave the instance of Binance CEO statement when he said he would not be giving any reporter an interview if they did not have any investments in cryptocurrency.

According to Johnson, Binance CEO might be inviting some biased treatment if he goes by this approach, but one thing that individuals should try not to forget are the facts. For Bitcoin blockchain technology, it takes about 20 minutes to complete a transaction but for default Ripple virtual currency, XRP, it takes about 1 second to perform 1500 to 2000 transactions.

“The people who created XRP looked at the blueprint that Satoshi developed about Bitcoin and retorted to themselves that this is amazing. This could be reasonable at scale, but we can make it better ensuring some of the major issues that need total openness are settled.”

The Solutions Ripple Offers Suit Everyone

According to Johnson, it is not the wish of financial institutions, banks, and generally everyone to have their transaction-related information exposed, as they would always prefer more privacy and security as well. If this is your case, Ripple blockchain technology is your answer that can provide all that.

Concerning the blockchain industry and cryptocurrency ecosystem, Johnson says that a lot of companies are showing signs of adopting RippleNet’s technology in the future. But at present, Cory oozes in confidence that Ripple is leading the path in this regard.

At the time of writing, Ripple has over 100 paying customers, having moved over a billion US dollars’ worth of XRP across their platform. The blockchain firm is inventing new pathways for the entire financial industry.

In the end, in Johnson’s opinion, those critics that associate the scalability failures of Bitcoin to the shortcomings of blockchain technology can be compared to individuals who condemn a particular mode of transportation without considering the alternatives available.

Looking at the statistics between Bitcoin and the blockchain firm of which Cory Johnson is a part, it is safe to say that Ripple is Bitcoin 2.0.