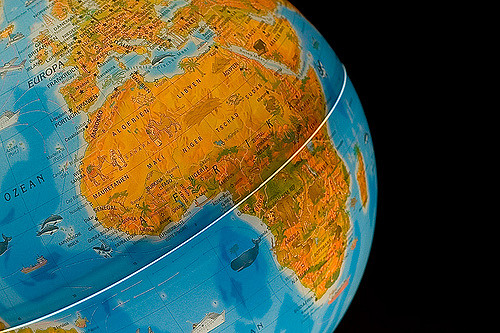 Everyone is watching Ripple Labs as their FinTech juggernaut surges forward towards widespread adoption. Announcements are coming at a furious pace, with more financial institutions signing on each week. The lure of low cost, near-instant transactions across borders and between banks seems too good to pass up. The Ripple payment protocol has been big news since their surge in price at the end of last year. Their stated goal of revolutionizing the financial industry’s network technology has been realized faster than any other cryptocurrency’s end game.

Their integration of the XRP token has given them an edge over other international payment systems. Blockchain technology allows for rapid verification of transactions in an automated environment. That alone reduces the fees associated with foreign exchange transfers. The further use of XRP as a bridge currency facilitates remittances that would normally require fairly exotic trading pairs. Users no longer have worry about finding a buyer for their currency. It is traded instantly for XRP, and the network stores the fiat for future liquidity.

xRapid and the Future of Cross-Border Payments

Ripple’s upcoming xRapid system furthers the cause of the XRP as a bridge currency. Financial institutions that connect to RippleNet have access to the liquidity pool provided by xRapid. Rather than storing their own fiat currencies, they buy into a shared pool managed by the network. It’s as simple as selling currency for XRP, and then cashing out XRP for a different currency. Larger financial institutions won’t even have to maintain forex supplies at all – they can simply keep a large store of XRP and accept local currency for use on location.

Western Union, one of the largest sources for remittances in the world, has recently announced that they are looking into xRapid technology to run their network. If they decide to adopt Ripple’s software, it would be a major triumph for not only Ripple Labs but cryptocurrency as a whole.

A re-branding of Ripple’s original inter-bank financial network technology, xCurrent provides a solution to disparate bank software. One of the largest hurdles for upgrading the bank transfer network is overcoming the differences between code bases. Each bank or financial institution will have their own intra-company software that rarely works well with outside systems. That requires a complex procedure every time that money needs to change hands. This leads to the multiple day long bank transfers that everyone is familiar with.

xCurrent bypasses this by connecting each bank to each other within the Ripple system. Banks can then message transaction details, and confirm that a transaction has been processed after it is complete. Ripple Labs is furthering this product by introducing a standardization Rulebook. It is hoped that this rulebook will further integrate different banking systems and increase the efficiency of the network.

Itaú Unibanco, the largest bank in Latin America, has recently announced that they are signing on to the xCurrent system. They are not the first bank to join adopt the software and more join each week as Ripple appears poised to expand throughout the globe.

xVia and the New Dawn of Remittances

Compared with the other two options, xVia is more focused on individuals than corporations. Although run by financial institutions as well, xVia’s focus is on providing access to remittances. In a similar fashion to the xRapid liquidity network, xVia allows the immediate conversion of fiat currencies through RippleNet.

This is particularly groundbreaking for emerging markets. Expat workers in foreign countries can access the RippleNet through their banking institution and send remittances home for a fraction of the cost of traditional transfers. This all happens directly on the RippleNet system – which provides far greater security than traditional transfers. The money arrives in their home country in the form of local currency, without the hassle of exchange at either the point of sending or receiving.

In the past week, two separate groups have signed on to the prototype xVia system. Beetech and Zip Remit both operate online exchanges and remittance services for emerging nations. Beetech is Brazil-based, and the only online exchange that has gained approval from the central bank of Brazil. Zip Tech is Canadian.

Ripple Simmering and Ready for Growth

Ripple showed their potential in 2017 and based on the constant string of announcements, they haven’t rested on their laurels in 2018. The entire crypto-sphere is stable and waiting for a breakout moment, and Ripple more so than others. The value of their product is unassailable, and if they don’t outright spur the next bull run – they will almost certainly outperform their competitors when it happens.

We will be updating our subscribers as soon as we know more. For the latest updates on XRP, sign up below!

Cardano Is More Than Just A Better Ethereum

Will Kik’s KIN Token Bring Cryptocurrency to the Mainstream?