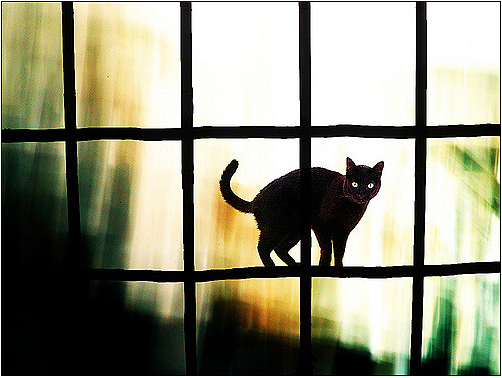 In any culture trust and honor are the foundation on which we build deals and transactions. Financial transactions, too.

This is changing. Cryptographic technology allows us now to do business without trusting the other party. The tech guarantees that for us so we don’t need to worry about it. The ‘crypto way’ of transacting doesn’t only save you stress; it is also quicker, safer and more efficient.

Ripple is one of those systems, and it’s growing stronger every day. It started in 2012, and since then it’s been adopted by banks and other financial institutions to serve their customers with speed and efficiency. Users and institutions trust the system, which means they can trust each other.

Ripple is built on the foundation of a small free software that uses the end-to-end paradigm. Each local Ripple node is an exchange system in itself; so it’s all a decentralized mutual bank.

To put it simply, Ripple is not just an alt-coin, it’s a social service that allows people to trust each other in the real world.

Ripple is exciting and feature-rich. It’s made many important contributions to the crypto-industry. It’s becoming a renowned digital token in its own right. It will soon be competing for the market’s second spot (Bitcoin will probably always be king, but Ripple could soon beat Dash, Litecoin, and even Ethereum). XRP is one of the most efficient ways to do financial transactions available on the planet today. As a matter of fact, Ripple is better known today as a resource for payments and transactions than for its crypto coin. But, it’s blooming big time.

Ripple works as a decentralized system that allows for any kind of transfer. It is open source and peer to peer. It works in several exchanges and among many fiat currencies. It will enable you to transact between USD, Yens, Litecoin, and Bitcoins. It’s a bridge that brings all kinds of fiat and cryptocurrencies together and makes them available. And it does this without any middleman; so it’s quick and cheap.

David Schwartz is Ripple’s chief cryptographer. In his view, today’s payment systems are just as revolutionary as email was in the early 1980’s, and Ripple is the technology that actually brings many different transaction systems together into a single place in which everybody can do business.

Nuts and bolts of Ripple XRP

Ripple came into life when Arthur Britto, David Schwartz, and Ryan Fugger formed the company in 2012. The latest version was released last February 20th. The project is built upon C++ code written on several Linux systems (RHEL, CentOS, Ubuntu), but it also works on Windows and OS X.

From 2012 to 2013 Ripple Labs started to develop their payment protocol which involved OpenCoin back then. They called it RTXP (Ripple Transaction Protocol, based on Fugger’s ideas. It was all about transferring money instantly among parties. Then they came out with their own cryptocurrency (XRP). It was built on Bitcoin’s model.

Then, from 2014 to 2017 Ripple went for the banking market. They got it. Nowadays one of their main partners is Banco Santander which has been hailed as the world’s best and does business the world over. But very few people know that it all started when German bank Fidor adopted Ripple for international transactions. Cross River Bank and CBW (American banks) followed suit and then Earthpoint also adopted Ripple. From then on, it was all success for Ripple. HSBC and Bank of America came on board as they saw how efficient the system is.

Ripple is based on the proof-of-work protocol, as many alt-coins are. It’s about consensus. Other currencies work on the proof-of-stake principle. The consensus protocol validates account balances and transactions over the network, it creates integrity, trust and avoids redundant calculations.

The system deals automatically with malicious transactions and suspicious dealers. The protocol uses its distributed nodes to collect a majority vote. It sounds complicated but it’s implemented in a way that it’s very quick, each transaction takes just seconds.

More banks and financial institutions are choosing Ripple to carry out their transactions every day. It’s quick, it’s efficient, it’s cheap, and it’s safe. It’s better than traditional transactions because it can deal with a high volume of transactions without being slowed down.

It’s even better than Bitcoin which typically takes at least ten minutes for every operation to be completed, but it can take even days at times. That’s not all. A Ripple transaction costs about 0.00001 XRP, which makes it almost free for all practical purposes, especially if you take into account how expensive international payments usually are.

Ripple’s coin is called XRP; it’s the bridge that does the magic. XRP makes things easier, quicker and cheaper for everybody.

As things stand today, Ripple is the world’s third-largest cryptocurrency. The biggest are, of course, Bitcoin ($45.26 billion) and Ethereum (31.53 billion). Then there’s XRP at 11.94 billion. XRP is still readily-available, efficient, reliable and cheap.

Here’s how you can buy Stellar Lumen’s XLM easily