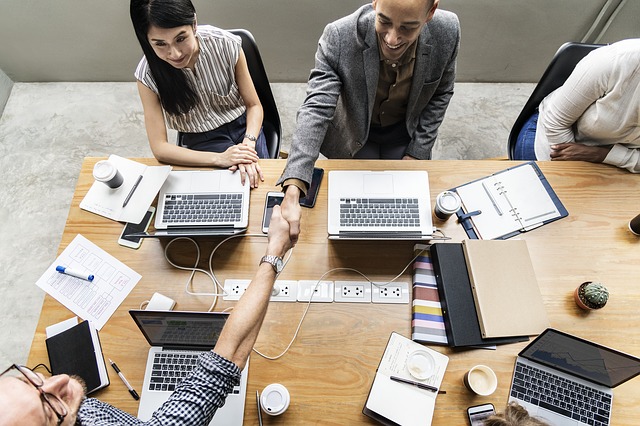 Sometime in September, Enterprise Software maker SAP organized a chat on Twitter to explain to its users the workings of blockchain technology. The conversation focused on basic information on how blockchain could be used to improve business operations and processes, making several industries more efficient by optimizing transaction efficiency.

In the process of sharing information with their clients, SAP made known nuggets of revelations that users were quick to latch onto: SAP was testing and looking into integrating with Ripple’s default virtual currency, XRP.

The news came from SAP’s Product Marketing Consultant, Sarah Austin who doubles as an entrepreneur and content creator and has been featured in the Forbes under 30 lists. Sarah started working at SAP in 2012.

Today, it comes as no surprise that SAP is warming up and venturing into blockchain technology. As a market leader and a legend in the field of enterprise application software in the enterprise world, the German multinational company is happy to announce their collaboration with the virtual fintech company Ripple and two financial institutions in their quest to demonstrate how banks can improve their efficiency in conducting cross-border settlements by using blockchain technology.

Going by the SAP media briefing, the settlement, that would have characteristically taken more than three business days to process due to the processes that include reconciling accounts and settling with the counterparty bank was executed end-to-end in a record time of about 10 seconds.

The use of cryptocurrency and blockchain technology for quick, cheap, and efficient international settlements is nothing new. What is making this whole process interesting is the involvement of SAP.

With over 70,000 employees, 310,000 corporate clients globally and an estimated annual revenue of over 20 billion Euros, SAP is the world’s third principal independent software manufacturer based on market cap. The company has long been considered as the embodiment of European quality that has a robust, no-nonsense enterprise computing for large companies.

The Bridge Between Ripple’s Network and SAP, xVia

According to the definition availed by Ripple.com, xVia is one of the Ripple products tailor-made for corporates, financial institutions, banks, and settlement providers who want to transfer money across several platforms using a standard interface.

The product’s easy to understand API requires no software installation and allows users to seamlessly transfer settlements worldwide with transparency into the settlement status and with relevant information, like an invoice, attached to the payment.

ERP is a software that deals with business processes and management that allows a company to use a network of integrated applications to manage the organization and assists in automating some back-office functions that are related to technology, human resources, and services.

Oracle ERP Cloud solutions and SAP are some of the well-known examples of ERP software.

xVia as a Bridge

In computer programming terms, an API can be defined as a set of clearly defined approaches of communication between various software components.

In summary, xVia can connect companies and firms that operate with ERP software solutions on Ripple’s Network.