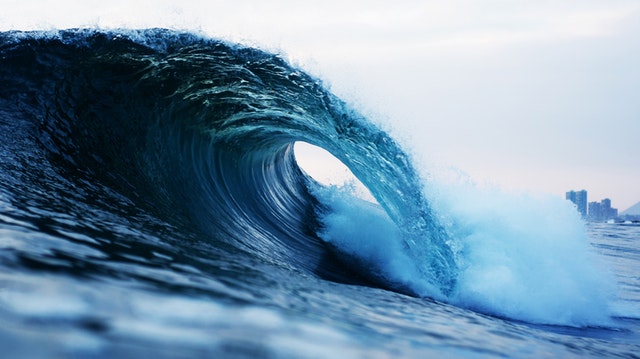 Following the recent XRP price surge, Tron CEO Justin Sun stated that he believes that the new situation might indicate blockchain adoption by financial institutions. A recent Ripple news regarding XRP price surge has brought the third largest coin by market cap back into the center of attention in the crypto world. So much so, in fact, that numerous crypto experts have started viewing it as an indicator of big events to come.

TRON CEO Justin Sun announced recently via Twitter that the price surge might mean that banks and other financial institutions might be getting ready to adopt blockchain technology. The excitement around Ripple products would certainly indicate so as well.

Only days ago, Ripple news regarding the coin’s price surge erupted, and everyone’s attention was turned toward the world’s third-largest coin. The price surge was easily the biggest one since January, and Ripple skyrocketed by over 181% in days between September 18th and 21st.

Not only that, but XRP also managed to surpass Ethereum, and take over its position as the second-largest, several times. Ethereum quickly regained its position, however, but this is still more than a noteworthy event in Ripple’s history. While many were thrilled about the price surge, TRON’s Justin Sun sees this as an indicator of something bigger.

According to him, Ripple’s actions might mean that financial institutions might be getting ready to officially adopt the blockchain technology.

He also congratulated Ripple, as well as Stefan Thomas, the company’s former CEO.

One of the reasons behind the XRP price surge, or maybe even the main one, is a recent announcement made by Ripple. The company unveiled plans to launch their long-awaited xRapid product. With such an announcement and the price surge combined, Ripple seems to be doing better than many other cryptos at the moment. Not only that, but PNC Bank also contributed to the coin’s new success by recognizing its protocol, as well as possibilities that ti can open up in the world of finances.

As for Tron CEO Justin Sun, he and his team are currently working on promoting TRON (TRX) itself, TRON has also received a lot of attention this year thanks to numerous positive events. One of the most notable ones is the company’s purchase of BitTorrent, and a later announcement of the Project Atlas, which will have BitTorrent as one of its vital components.

Thanks to these events and announcements, TRON popularity has grown a lot, but this has yet to reflect upon its price. TRON is currently ranked as the 13th largest coin by market cap. Its price is $0.021118 at the time of writing, with an increase of 2.21% in the last 24 hours.