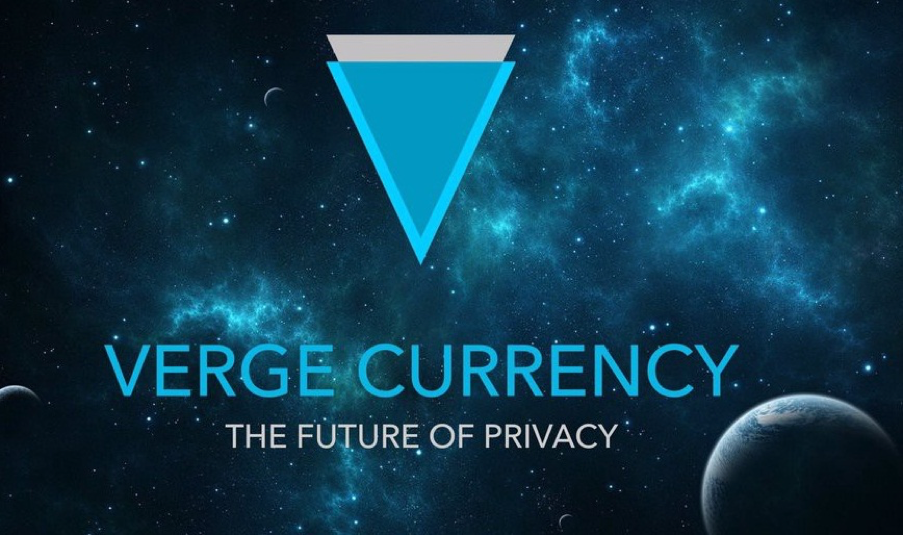 Verge (XVG) was initially named as Dogecoin Dark (launched in 2014). However, Verge does not share any attributes with Dogecoin. Wanting to break away from the Doge meme and the connotation the term ‘Dark’ has, the coin was renamed as Verge in February 2016. Verge was developed as a cryptocurrency to be used every day. The main objective of Verge is to fulfill the initial purpose of the Bitcoin blockchain, that is, offering commoners and various businesses an efficient, speedy and decentralized way of conducting direct transactions. The aim is also to maintain personal privacy.

Verge (XVG) is funded by the support of thousands of community members. Unlike many other cryptocurrencies, Verge was not funded by an ICO or through pre-mining. The maximum supply of Verge Coin was set at 16.5 billion. The reason for such a high market cap is that it would enable a large number of transactions every day. The transaction fee is 0.1 XVG and speed is usually 5-10 seconds.

The users can opt from public and private ledgers through Wraith protocol. This way the public transactions can be viewed by other users on the blockchain while the private transactions remain completely private. A user can also choose to completely hide the transaction data. Verge plans to send the private transactions data using obfuscated addresses through Tor. The recipient is the only one who can identify the stealth address and redeem funds. Cryptography of Verge is based on the well-established elliptic curves. Through this, the interested parties can share information and agree on the transaction keys and signatures without any knowledge of the observer.

Prior to Wraith Protocol, the users of Verge’s CoreQT wallet conducted transactions through clearnet. Now, Verge is guiding them towards Tor. They have also ensured that the QT wallet will only be able to communicate with Tor such that the users remain anonymous. The Tor integration of Verge also combines SSL encryption that institutes a secure and encrypted link between wallets. SSL encryption ascertains that the transactions between the wallets are completed without being intercepted and altered.

Verge uses the Electrum wallet that supports both Tor and I2P integration. The users will have the added advantage of secured offline storage of tokens. While sending XVG the user can sign the transaction with his/her private key offline. The clients can use another computer without any access to their private keys to broadcast the transactions online.

Electrum has a sound security system and incorporates passphrase key recovery and multisignature. The Electrum wallet links the decentralized servers that index the blockchain.  The users need not download the entire transaction history.

Verge (XVG) sustains two Android wallets; one allotted for Tor and the other for I2P. The mobile wallets sport security measures like biometric and PIN codes locking. These wallets also support QR codes to work with paper wallets. Another way in which Verge facilitates blockchain transactions daily is by allowing messaging transactions via Telegram, Twitter, Discord, and IRC. The tokens can be sent by providing the recipient’s username. A bot processes the transaction and stores the funds in a holding address. Then a message is sent to the recipient with proper instructions on claiming the fund.

In 2018, Verge plans to employ atomic swaps that will enable interoperability between Verge and other cryptocurrencies. Verge (XVG) is currently tackling the privacy issues of cryptocurrency and blockchain technology. Verge thus provides a high level of security and anonymity with the help of Tor and I2P that will encourage blockchain transactions in everyday life.