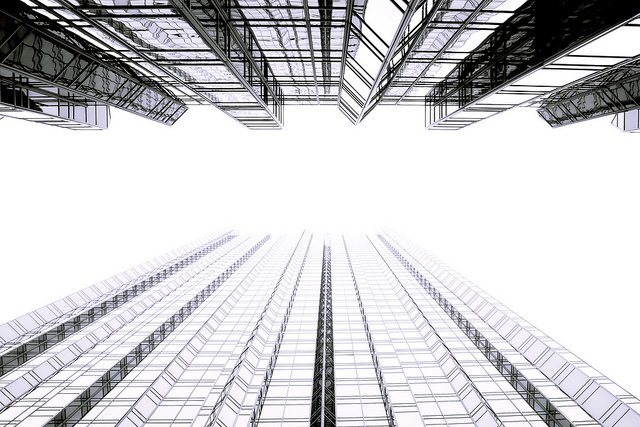 On the day of its announced partnership with Mindgeek, both investors/traders were treated to wild; volatile action, which witnessed XVG being whipsawed all over the map on enormous volume with the coin closing-out the session of 4-17-18 at $.0725 on greater than 6X its average daily volume. Talk about whiplash.

Nevertheless, things seemed to have calmed down since as it was apparent that both investors/traders attempted to make some sense of the arrangement between XVG and Mindgeek. With that behind us, let’s take a closer look at XVG from a technical perspective and drill in a bit by glancing at the daily chart below: 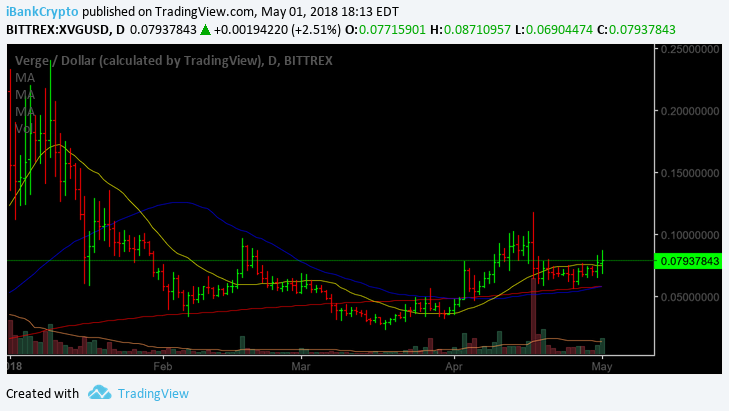 As we can observe above, XVG appears to have put in a bottom in mid-March at the $.023 level and was progressing smartly into the mid-April announcement where XVG was the recipient of a 350% move out of its lows. Additionally, Verge (XVG) recaptured both its 50 and 200-Day moving averages in the process placing XVG in a favorable technical posture where it remains today despite the wild action on 4-17-18.

Thus, while both investors/traders had to deal with the sloppy trading action of 4-17-18, which has subsequently harnessed the move, for the time being, XVG remains in relatively decent technical shape with the coin trading above its 20/50 and 200-Day moving averages, respectively.

However, although XVG continues to display decent relative strength, it will have to contend with the large volume red daily bar in order for XVG to regain its Mojo prior to its recent announcement with Mindgeek.

Therefore, moving forward, both investors/traders will need to see XVG trade above the $.118 figure and be capable of holding noted level before any further progress is attained, while the $.058 level, which just so happens to coincide with both the 50 and 200-Day moving averages, provides short-term support.

In answer to our title of, “Is Verge on The Verge?”, the simple answer is, not yet. However, we’ll leave you with some positive news. As we keystroke these words, it was just announced that Bitfinex will now support XVG on their platform, which ultimately, provides for additional liquidity and eyes.