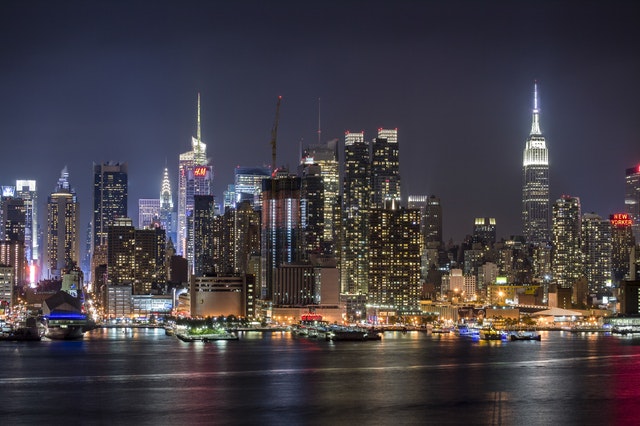 New decisions from large Wall Street entities have caused a lot of cryptocurrencies to sharply lose value. Bitcoin and Ethereum crash came as an immediate result.

As if this year wasn’t hard enough on cryptocurrencies already, it would seem that the bad news still won’t stop coming. After a month of a seemingly bullish market that finally gave hope to everyone, the crypto world has just had a really bad week.

The first thing that hit the crypto world was the US SEC recent decision to once again reject the Bitcoin ETF request. The market barely started to recover from this, when another hit fell. This one included a new activity within a long-dormant wallet filled with Bitcoin. The activity caused BTC price to drop immediately, as the wallet started sending long lost BTC tokens to various exchanges.

The market was already in a bad shape at this point, but a lot of investors remained hopeful, thinking that things can still get better. That is when the market received the final few hits, starting with Goldman Sachs’ decision to drop the launch of crypto trading desks. Immediately after this news, Bitcoin fell by as much as 7%, but Ethereum crash was even worse. ETH dropped by 15% in the first 24 hours following the announcement.

To be fair, Goldman did not completely turn its back to the crypto project. Instead, it only postponed it for a later time, seemingly due to bad regulations. Still, the decision had bad consequences for the entire crypto world. Besides the Bitcoin and Ethereum crash, other leading coins like Ripple and Litecoins dropped down a lot as well.

Additionally, Goldman is not the only one who dropped or delayed its big crypto plans. Mike Novogratz, who was a known Bitcoin bull, did the same thing. His plans for starting a crypto hedge fund were shelved in favor of a merchant bank.

Only now do we realize just how much this industry was depending on the Wall Street crypto adoption. When we look back, big plans like these were having crypto enthusiasts excited for over a year now. What’s worse is that all these negatives came at pretty much the same time, causing the market to go down just when things finally started looking up.

Cryptos still not ready to get on Wall Street?

According to sources familiar with the bank’s plans, Goldman Sachs is moving the crypto trading desks lower down on its list of priorities. Instead, it plans to dedicate its efforts to other crypto services, like providing custody products. The bank has been trying hard to enter the crypto world, but it still only made small steps to do so. The biggest progress was hiring Justin Schmidt a few months ago, as a head of the digital asset markets.

For the time being, the bank is still supposedly looking into how to best serve its customers, according to its spokesman. Unfortunately, it would seem that they have yet to reach any real conclusion regarding the digital asset offering.

Goldman’s caution is should not really come as a surprise for anyone at this point. After all, Bitcoin lost almost three-quarters of its value this year. Additionally, crypto trading on various exchanges went down by 80%. The total crypto market cap is at around $205 billion, which is almost four times less than its worth back in January. All in all, cryptocurrencies are not in a good place right now, and some positive development is desperately needed.