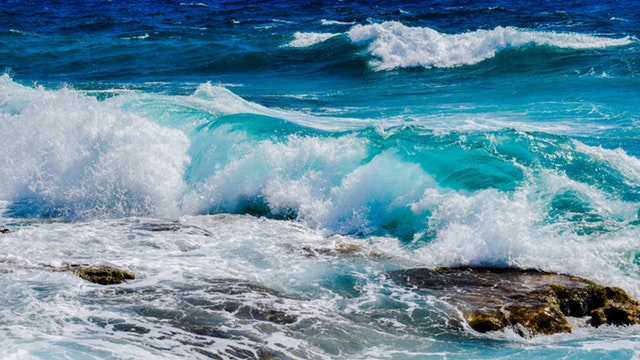 Despite the fact that the crypto market was far from perfect in 2018, and has actually suffered huge losses, investors have really tested their support for certain cryptos in the last month. Ever since November 14th, the entire market was nosediving into new lows, most of which were not seen in well over a year. Only a few days ago, on December 17th, did the situation start to change, and multiple coins started trading in the green again.

However, the situation was noticeably different for WAVES coin, which started seeing an increase in early days of December. Since then, the coin has seen a surge of several hundred percents, which has made it one of the most well-performing coins this month.

After hitting the lowest point of $0.97 on November 27th, Waves coin started growing. It peaked at $4.43 on December 19th, which is when it experienced a slight drop once again.

At the time of writing, Waves has a price of $3.32 per coin, after experiencing a 10% drop in the last 24 hours. However, the question that has had investors and analysts puzzled is — why did Waves start growing out of nowhere?

Why did Waves coin grow?

The first thing to understand about Waves is that it is a platform created for developing an ecosystem for business. With it, anyone can create their own project, and run an ICO. Additionally, any platform member can use it for sending, storing, and exchanging crypto.

Thanks to the use of blockchain technology, the project is decentralized, anonymous, and independent. The platform was clearly created with a web developer generation in mind, which has brought it to the attention of many in the crypto community.

However, like any other good crypto project, Waves coin has continued to develop and improve, enter new partnerships, and more. This has also led to the creation of its mobile wallet, which was recently improved, and the secret of Waves’ growth might be tightly connected to it. The improvement revolves around the wallet now allowing credit card purchase of Waves coins, that can later be exchanged for BTC or another crypto.

So far, the app has seen over 100,000 installs from Google Play Store alone. The app is also much more than just a wallet, as it offers popular features which crypto traders and investors might find very useful. This includes trading on DEX, different tools, charts, access to fiat and crypto gateways, the ability to deposit, withdraw, store, or trade assets, and more.

Unfortunately, US users will not be able to enter the crypto market by using their credit cards in this app, which leaves Coinbase as the best option for them. The reason for this is the fact that the wallet uses Indacoin, which is not available in the US.

Analysts now believe that the changes made to the wallet might be the reason why Waves is seeing more usage, as well as why its price has spiked so suddenly in a period where every other coin was experiencing losses. However, this is not the only reason why this project deserves the attention of traders and investors.

In addition to its mobile app, Waves coin has shown to be quite successful in providing an ecosystem for token development. While it has already had a few good ones, numerous others are still in the works and are expected to arrive at some point in the future.

BCH vs BSV: One Month After The Hash Wars Ended

Is the New Bitcoin Bounce For Real?