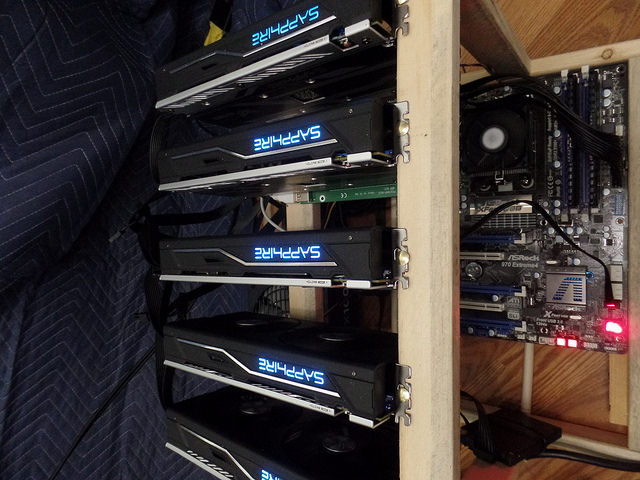 Ever since cryptos officially become big, a lot of people have started seeing their potential, which has inspired a lot more investors, users, miners, and others to join the crypto sphere. However, some of the new participants in this trend are starting to wonder why some cryptos, and especially Ripple (XRP) cannot be mined like Bitcoin (BTC) or Ethereum (ETH).

Is it possible to mine Ripple (XRP)?

Mining cryptocurrencies is a long process that requires a lot of resources. It will leave the biggest mark on your electric bill, but it is worth doing it if you can become a part of a mining pool.

However, even if you try to do so, you will soon discover that Ripple (XRP) mining pools are nowhere to be found. This is because mining Ripple is not an option, you simply cannot do it. You can’t even find any type of mining software or a tool that can get you XRP coins. If you ask the right questions on Google, you will soon find your way around the crypto-mining topic, but even then, you will most likely be pointed towards BTC or ETH, and not XRP.

Let us explore why.

XRP is a central crypto and it is controlled by Ripple

Ever since the cryptocurrencies first appeared, nearly all the banks in the world were attacking them and trying to make them go away. Bitcoin has especially made a lot of banks its enemies in the early days since it started a trend that has completely changed the future of many businesses. However, this has not happened to Ripple, which first appeared in 2012.

The reason for this is the fact that ripple was created, owned, and controlled by the US company called – Ripple. This means that the Ripple company controls the creation and distribution of XRP coins, unlike BTC which is not owned by anyone, and even its creator is unknown.

The company has been holding Ripple under firm control ever since it first released it. They have created around 100 billion XRP coins, and they have released 39 billion of them, which is the total amount of XRP that can be found for now.

How to get XRP coins?

If you are a Ripple enthusiast and you wish to obtain some of this currency’s tokens, the only way to do that is to buy them from various trading platforms that are offering them. This is the only way to get XRP, since mining machines, platforms, or even software simply doesn’t exist.

It is important to remember this, and if you see anyone who is offering a software or some kind of Ripple-mining tool, you should know that it is probably a scam.

Ripple has become the banks’ favorite

Ripple’s goal has been to use its technology and tokens in order to improve financial transactions. The company has created various products for this purpose, and it is even working on perfecting quick and cheap cross-border transactions.

Because of this, Ripple has mostly targeted various banks and financial institutions with which it entered partnerships. Since it is mostly stable and controlled by one company, the banks have agreed to enter these partnerships and make use of Ripple’s technology to improve their own businesses.

However, this doesn’t mean that the banks will allow XRP to replace the dollar and other currencies. Still, they see Ripple’s potential for practical use, which is why they are ready to adopt its technology, which is something that more than 100 banks are doing right now.

Because of all this, we can say with certainty that mining  XRP is impossible. The only thing you can do is perhaps mine BTC or some other crypto that does allow this option and then trade it for Ripple. Other than that, there are no other options.

How Tron (TRX) Will Be A Top 6 Coin Again