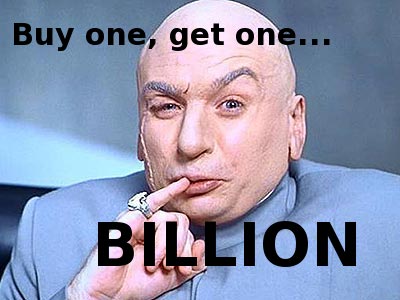 Have you heard of Kik Interactive Inc? A little research will tell you that the social networking platform boasts more than 15 million active users today. Kin, one of the popular altcoins on the crypto market, is a foster child of the Canadian firm.

Kik Interactive Inc, which has been receiving venture funds from eminent institutions like Tencent, introduced the Kin cryptocurrency to put an end to venture-related funding issues, reported the sources. Just like any other major cryptocurrency, Kin’s performance has been quite impressive.

As evident from the official website of KIN, the altcoin was developed to draw people from various sections to a shared economy, connecting them to the community. When the coin was first conceived, it was looked upon as an incentive for Kik account holders. In fact, KIN tokens have been deployed to provide rewards to the Kik users.

What sets it apart from its peers is the fact that the monetary value can be used to purchase real-life merchandises. Came into the market in September 2017, the altcoin is nourished by a robust community and the company’s stable valuation. With a user base constituting over 15 million users, Kin can overtake the Ethereum network if only 10 percent of Kik account holders use the coin.

Should You Watch Out for Kin (KIN)?

Among the new cryptocurrencies introduced in 2017, Kin has earned special recognition in the crypto community. At the time of introduction, the price of Kin was $0.0001 and its market cap was around $70 million. Unlike other currencies like Litecoin and Bitcoin which have set records in 2017, the performance of Kin was rather flat for the most part of the year, but it is hardly surprising as it is fairly new to the cryptomarket. Things started to change, however, when on December 19, 2017, the price of kin touched an all-time high of $1 billion.

When it comes to the performance of Kin in 2018, it is doing a great job. KIN coin, which was traded at 6.8 percent against the dollar till March 8, has traded at 21 percent over the last week. The KIN tokens are not only available for $0.0002 or 0.00000002 BTC all the important exchanges, which include Bancor Network, CoinFalcon, Mercatox, and COSS. With a market cap of $140,866,268USD at the time of writing, it is likely to continue doing a good job.

Although Kin is not listed on major exchanges, it has the support of a stable customer-base constituting 15 million Kik users. In addition, the total supply of KIN tokens can throw others out of the competition. As of 16.03.2018, the total supply of kin stands at 10,000,000,000,000 KIN. Unlike other major coins like Bitcoin, which allow users to buy a fraction of a whole coin or token, kin allows users to buy multiple coins at a lower rate. Although it is very new to the crypto market and its price is extremely volatile, it can be highly profitable if traded strategically. As most crypto critics fear, just because it has a stable customer base it does not mean it will work well with the investors. But you can never tell, for the year has just begun and a lot can happen in the coming months. On the onset of the catastrophic drop in the value of Bitcoin, it is not difficult to imagine that 2018 will be a big year for altcoins like Kin, the market cap returning to its all-time high of $1 billion.

We will be updating our subscribers as soon as we know more. For the latest on KIN, sign up below!

Related Topics:KINkin foundation
Up Next