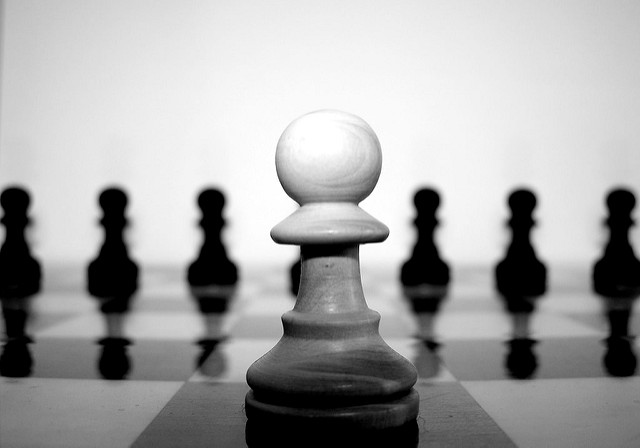 Seth Meyers famously said he thought that Donald Trump was “running as a joke.” Many of us felt that as well and, boy, was the joke on us. You must be thinking what Trump has to do with Tron (TRX) and crypto in general, what’s the similarity here? That’s Twitter. Let us elaborate.

Trump’s campaign was outrageous in a way that it was always being covered in the press, most often unfavorably, but you know what they say: there’s no bad publicity. The coverage wasn’t all that much about rallies, speeches, and the traditional campaigning resources. If one thing reigned supreme during the presidential campaign, it was Twitter. The candidate’s abundant stream of controversial tweets guaranteed him amounts of attention that nobody else achieved, by far.

And that’s still happening. The President of the United States currently expresses his views on everything through Twitter (Tron CEO does the same, too), which is unprecedented, historically.

This just shows how new technologies end up changing any game. If you need another example, think about the way Barack Obama won his first term. He was an underdog and his war chest was rather scant. But it was microdonations and Facebook’s support that ended up giving him the publicity and the money he needed to win.

The moral in Trump’s story is: do not underestimate the power of Twitter. Which brings us to Tron (TRX).

In the cryptoverse, Bitcoin is king. It was the first cryptocurrency ever created, most other digital assets can only be bought if you exchange them for bitcoins, so Bitcoin’s behavior still dominates the market. Then there’s Ethereum, which became the standard for smart-contracts. Ripple is going after the world’s financial market and so is Stellar Lumens. We could keep going on, many blockchains have definite purposes, and they’re achieving them.

So what about Tron? Well, the thing about Tron is that Justin Sun (Tron’s founder and CEO) has a flair for marketing and he understands Twitter’s power very well, which is why he uses it regularly. And it’s not only about the way he uses it, but that he’s found a way to incorporate Twitter into Tron’s blockchain in some exciting ways.

To make a long story short and relevant: you can send Tronix (TRX) tokens using Twitter. You can’t do this with ETH, BTC, XRP or any other digital asset. How significant is this? We can’t tell for sure right now, but it could change the game for everybody and make Tronix the most traded coin in the world and win the crypto wars for it, just as it did for the current POTUS.

The difference between Tron’s and Trump’s Twitter campaigns is that Tron is not basing its strategy in scandals but in a good reputation, on delivering promises on time, and an ambitious idea to change the web and move it forward towards decentralization.

Tron’s current price is $0.0241 as we write this and it’s the eleventh cryptocurrency concerning market capitalization. This is quite impressive when you take into account that this is a coin that has been around barely for a year. It’s grown at an impressive rate, and it’s become one of the most credible blockchain technology projects in the world.

In the cryptosphere, Tron is king when it comes to Twitter. And that could be enough to bring it all the way to the top. We’re not joking, just remember Trump. Except, this would be a good thing. We are all expecting the blockchain to change the world sooner or later. Imagine what is going to happen with a project that can use both the blockchain and Twitter effectively.

UniFox has raised $1,5M within first 5 days of the presale! UXC listed in ATMs in Europe!