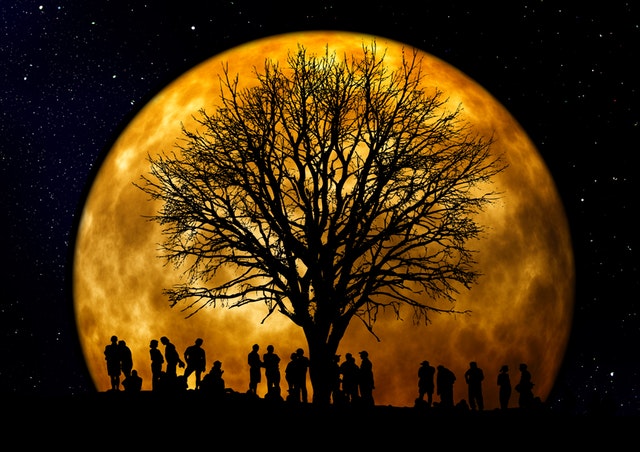 Just like everything else in the modern world, the way we make payments and organize money transfers has started to change and evolve as well. This is not something new, and the process of this evolution has started nearly a decade ago. That is how cryptocurrencies came to be, and their development continues to this very day. However, they are not all equally successful, and some are doing better than others.

Cryptos have already been recognized by most of the modern world as the future of money. They are still not ready to take control, and they have a long way to go still before they are officially adopted as a method of payment on a global level. There are many digital currencies today, and some sources claim that this number has even gone as high as 1600-1800 individual coins.

Unfortunately, not all of them will make it, and when the cryptos do become globally accepted, many of them will have died out by that time. However, there are some true fighters among them, that are capable of holding their own, and have already made steps to ensure their future. Let us check some of them out.

Keep an eye out for these digital currencies

Cardano offers a decentralized, public blockchain, as well as its own cryptocurrency token, ADA. Its goal is to provide a reliable home platform for the creation of smart contracts and dApps that would be processed with a formal verification.

Cardano’s token has had several increases and decreases over the last couple of months, and especially at the end of the previous year. Almost immediately its roadmap was updated back in November, its rank improved significantly, and ADA reached the 9th place in the crypto rankings. In 2018, it even reached the 7th place for a while, but at the time of writing, it dropped slightly and is currently at the rank of 8.

Obviously, investors have started seeing this coin’s potential, which has significantly increased its use and granted it much-needed publicity. Right now, Cardano aims to improve its performance even more, and its plan is to upgrade from Byron to Shelley, which is expected to happen in before or during Q3 of the year. Its current price is $0.212431.

Ripple is a coin that needs no introduction, and it is well-known that it has been a favorite of many banks and financial institutions from around the world. Dozens of them have already accepted it, or have at least in the process of doing so. Ripple has proven to be a very capable coin, with a good reputation, and a respectable brand behind it.

It is entirely mined-out by the company that owns it, Ripple, and it is the company that controls its distribution. Because of that, Ripple’s price oscillations have been somewhat tamer than those of other cryptos. Its centralization is also something that helps out when it comes to banks, which are willing to trust the company behind the coin.

Ripple’s XRP token currently holds the third place on the CoinMarketCap’s list, and its price is at $0.682569 at the time of writing. Other than that, the most important thing about it is its goal – to provide the fastest, cheapest, and easiest-to-perform money transactions – locally, as well as internationally. With such a goal and a reputation that this coin has, it is bound to stay around and is definitely a good investment.

Much like Ripple, TRON also has a pretty big name to support it. Its founder, Justin Sun, has gained quite a reputation in the world of business and technology, and ever since he started TRON, this crypto has seen some major success.

Originally, the coin was on Ethereum’s network, as an ERC20 token. However, the team has been working hard on developing TRON’s own network, and they finally did it. The official launch of the MainNet was only a week ago, and TRX is currently migrating from Ethereum. Similarly to Ripple, TRX has found its chosen field, but instead of banks and financial institutions, TRON has chosen to become a go-to crypto for the entertainment industry.

This might seem unusual at first, but when you think about it, it is actually a brilliant decision. Just look at how big gaming actually is right now, with more than 1.2 billion people in the world having a connection with the industry. With TRX being the main token for this industry, it is obvious that this crypto won’t lose customers anytime soon. Currently, TRON is ranked 10 on CoinMarketCap, while its value sits at $0.059337.

Naturally, we could not create a list of coins worthy of investment without adding Bitcoin to it. The first, and the most well-known crypto, which is often considered to be the synonym for the cryptocurrency. Bitcoin was the one who started it all and is to this day the one with the highest rank, as well as the highest price. No other crypto even comes close to BTC when it comes to this, which is something that this coin can be proud of, especially after all this time.

Bitcoin is the first generation of cryptos and the most accepted one around the world. You will find it (and possibly some of its forks) in pretty much every exchange. A lot of services accept BTC as a form of payment, and there are also many other tokens that can only be purchased through Bitcoin. Its current price is at $7,703.86, which is almost three times lower than its peak from December 2017. Still, it is a common belief in the crypto world that BTC will return to its former glory, possibly stronger than ever.

The reason for investing in it is the obvious fact that this coin, at least, is definitely not going anywhere. Many business experts believe that cryptos will go away, but others claim that that is only wishful thinking and that BTC is the safest bet if someone is looking to invest in cryptos.