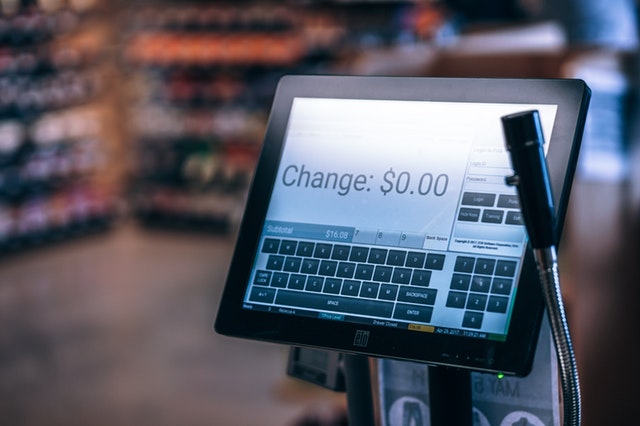 Ripple is always focused on improving the transaction system and the fact that it is powered by the open-source C++ application called Rippled has made the cryptocurrency popular with the financial institutions worldwide. Ripple CEO, Brad Garlinghouse had recently said that by the end of 2018 the major banks will use Xrapid as a liquidity tool.

He talks about mass adoption of Ripple’s cryptocurrency XRP by the major financial institutions when interviewed by CNBC at Money 20/20 Europe, held in Amsterdam. When asked about XRP being the third largest token in the market according to capitalization, his reply was, “I think what we’re seeing is the overall growth of this space, and there are going to be many winners.” When compared to Bitcoin, he argued that XRP is much faster than Bitcoin and also incredibly cheaper on a per transaction basis.

It seems that Ripple’s constant efforts to handle cross-border payments will challenge Swift. Originated in 2012, Ripple has always supported faster, cheaper and reliable transactions using the blockchain technology. Swift, on the other hand, is a 45-year old interbank messaging service that has been in the charge of nearly half of the world’s high-value cross-border transactions. Swift has a co-operative system and the ownership lies with its thousands of member banks. Ripple had caught the attention of the payments industry in the second quarter of this year when it had collaborated with Banco Santander. They plan to launch a service based on the platform’s blockchain messaging technology, XCurrent that will allow Banco Santander’s customers in Spain, Brazil, Poland, and the United Kingdom to make payments in many currencies all over the world. XCurrent has enabled the banks to conduct transactions from one currency to another within a matter of seconds.

In the words of Ed Metzger, head of innovation, technology and operations at Santander UK, “There were some pain points experienced by our customers when making cross-border payments that we wanted to address with the new OnePay FX service.”…“We have had very positive feedback and good take-up. It gives the customer much more certainty over how much money will arrive in the destination account.”

This presents a challenge to the longstanding domination of Swift. The issue with the system of Swift is that when making a cross-border transfer it would go through multiple banks before reaching the recipient address. This would make the process time-consuming. Also, the transaction costs would increase due to the presence of so many intermediaries. In response to this challenge, it seems that Swift would test the potential of blockchain technology itself and also focus on improving its own messaging system. Swift has already introduced an upgraded service, Global Payments Innovation, which is currently being used by nearly 165 banks. GPI accounts service in some quarters like US-China has ensured that payments are confirmed within just 30 minutes of being initiated. However, Swift has been unable to hide its skepticism about blockchain technology.

Harry Newman, head of banking at Swift, “[Blockchain technology] is not straightforward to scale and it is not yet appropriate to do so.”…“All the announcements [by banks about their blockchain payments projects] made to date, they are either in-house or bilateral projects between banks. As you bring scale you get escalating complexity.”

The response of Ripple can be seen in the number of partnerships with financial institutions (Fleetcor, SBI Holdings, Banco Santander etc.) it has achieved since last year. There is also the speculation that Bank of America will the list and team up with Ripple. Hints have already been dropped in Reddit posts. Blockchain and cryptocurrency and its use for Trade Finance were hot topics on the “Development Day” of Bank of America, held on 17th May 2018. A presentation had quoted about Ripple’s capability of bringing a paradigm shift in the transaction system. At the moment, nothing can be said about the intentions of Bank of America as to whether it will embrace Ripple or not.

CoinBase has shifted to Japan so there are high expectations that CoinBase will list Ripple (XRP). Then, the traders/investors will be able to buy Ripple (XRP) from one of the world’s most trusted exchanges. Ripple’s XRP has yet to experience soaring prices in the second quarter of 2018. This may be due to Bitcoin’s fluctuating prices or because of the fact that the platform is given more importance than the coin. At the time of writing, according to coinmarketcap.com, the price of XRP shows $0.67 USD (1.64%) approximately. The market cap shows nearly $26,335,301,929 USD while the volume (24h) is over $302,235,000 USD. (As of 6th June 2018) Ripple (XRP) shows a bullish trend largely despite the sell odds being stacked against it. It is to be seen when Ripple will again break the $1 line. Ripple continues to maintain its rank at the 3rd position.

TRON (TRX) and the Road (map) to Success

NEM (XEM) Gears up for an Upswing with Exciting Partnerships