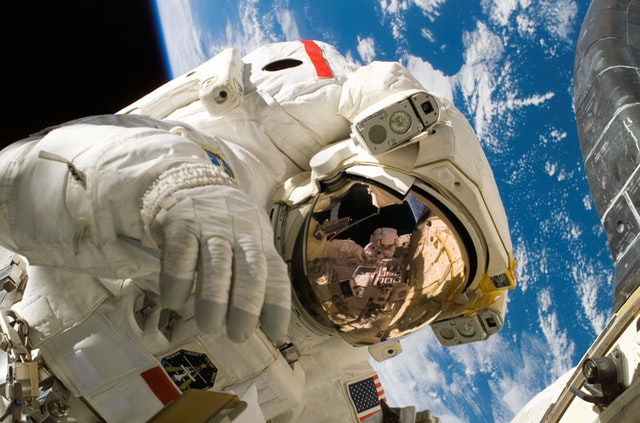 With the long expected TRON main net being released several days ago presented in a magnificent way by Justin Sun himself, there are already many impatient TRX holders waiting to see what TRX has next in line. The roadmap of the Tron project became available immediately upon having TRX being launched as an ICO, which was not that long ago considering the fact that Tron still is a rather young coin in the market. The technological development of this “gamers’ gem” is set to last for 20 years in total, which means that this is the estimated time for the completion of all goals in TRON’s roadmap. Here is how Tron is paving its path to success.

TRON and the Six Stages of Development

Published with the official launching of TRON as an ICO, the white paper of TRX is available for the public in the spirit of transparency and decentralization.

That is how all TRX investors, holders, enthusiasts and interested parties, can follow up with the development stages of Tron and its asset, as well as have an insight in what the future holds for Tron in accordance with its roadmap.

According to the roadmap of Tron, this digital asset has a long way to go before having the last stage completed as it is estimated that the full development of the TRON network won’t be completed until 2037, which means that it will take 20 years in total to fully develop this asset and its platform. The six stages of development are named by the recognizable “milestones” in the entertainment industry, which justifies the purpose of TRX as a gaming coin.

In this stage, TRON is set to solve the problem of having big company giants using personal data of the internet users on their own terms. That is how Justin Sun came up with the idea of creating a safe space where data is valued.

With Exodus, all users can easily access, upload, publish, share and store their data with the help of a decentralized system that TRON makes up for.

Still, in the stage named Exodus that will last no more than six months, TRON has already launched its main net a couple of days ago, which means that the preparations for the stage Odyssey are hitting full steam.

The second stage of development in TRON’s roadmap is called Odyssey and it represents a stage where the work of the team behind TRX will be focused on content empowerment.

That means that this stage should allow the creation, distribution, and dissemination of content while getting fair rewards in form of payments through TRX.

One of the main goals of this stage is to lower all fees in general, as well as to lower the royalties taken by third part giants like Google Play and Apple Store. During this stage, TRON should also develop a suitable payment system for this project as well as define and complete the listed upgrades, updates, and new features.

The focus in this stage will be set on TRON’s own main net, since the launching of the TRX network has opened the gate for the second stage of development, where TRON won’t be coexisting with ERC20 type tokens on Ethereum chain, but will use its own ecosystem for enabling fast transactions and content creation, distribution and dissemination.

The Odyssey stage is set to begin at the beginning of 2019, January, and is scheduled to last until June 2020. By the end of the second stage, all TRX payments should be processed via unichannel.

This stage should commence in June 2020 and it should be marked with a sign of Initial Coin Offering. In this stage, the TRX platform should be developed to the point where it is possible to manage dividends and income, as well as to include the management of supporters.

In order to be able to achieve this stage and make the mentioned features possible, the network should be upgraded to make a personalized ecosystem. That means that the TRON network will be able to resemble Ethereum in a greater way, considering the fact that the platform will be enabled for the launching of ICOs.

Apollo makes up for the fourth stage out of six in total as described in TRON’s roadmap. As such, it represents a stage similar to the one previously mentioned in the terms of having another ICO being launched in this stage as well.

During this stage of development, TRON network should be able to work like Ethereum, which means that TRON would be able to launch its own tokens that would be used by a portion of its users.

In order to make such a system hack-proof and safe for their users, the team will be working on developing a protocol that would be able to cover all SHTF scenarios and prevent attacks and bugs in the network.

The launched tokens should be used for trading, which would consequently contribute to the increased vitality of the TRX ecosystem given the fact that the trading would be decentralized.

The protocols being made for this stage should predict all glitches where it might become a case that some of the tokens used in the network miss out on being validated. That is how only a sophisticated protocol could solve the potential glitch.

In the stage number five, named Star Trek in order to honor a massive fan base of this sci-fi timeless wonder, the TRON network should take over the functions of a gaming platform that way meeting its true purpose given the fact that TRX was launched as a gaming coin.

That is how TRX gamers will be able to enjoy all perks of a decentralized ecosystem for playing games and gaining rewards for their achievements. However, the platform in this stage will also have some predicting features, which should contribute to attracting more prominent investors to the TRON network and gaming platform at this point.

Cleverly named Eternity, the sixth and the last stage of the development of TRON project which should end in 2037, should have all the main objectives completed by far with representing a completely functional decentralized blockchain-based gaming platform.

In this stage, the team with Justin Sun on the head has predicted that the investors who were supporting TRON in previous stages of development would now be able to collect massive gains from their investment, considering that at this point, TRON would become the biggest decentralized gaming platform on the global level.

So far, the team behind TRX and Justin Sun have been doing an extraordinary job, that way sky-rocketing this rather new crypto to the list of top ten currencies where TRON is still holding on to the 10th spot on the global coin ranking list.