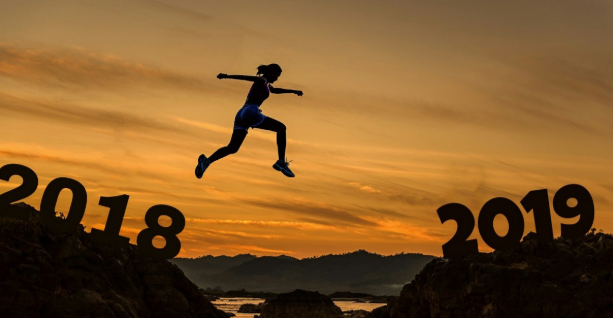 As cryptocurrency users, one of the things we seek the most is that a particular coin reaches heights never seen before, and of course, to obtain a profit from it; a fact because of which the current panorama of the cryptocurrency industry is not so encouraging for many of us.

Every day we see more and more top cryptos with numbers in red that leave us questioning, what’s the actual future of this coin? Well, that is, in fact, a question that has been very much outside in the industry for those who have been putting their bets on TRON (TRX), the current number 10th cryptocurrency by performance, that was forecasted to hit the moon just when the long-awaited launch of its MainNet would happen.

We all were expecting a remarkable boost for the coin right after the launch on May 31st, but the truth is none of this has happened so far. Let’s see the reasons that may be behind the impasse of the crypto, and the main logic to keep believing the coin will take off very soon.

The volatility of the market

If truth be told, the current performance of all of the cryptos in the market has been worrying, many of the coins considered as the best are now trading on values never seen before, but in a negative way. However, if there’s something we have learned from the cryptocurrency market is that volatility is and always will be a present factor in the industry.

Just to get an idea of how volatile the market can be, one can mention the moment when TRON (TRX) itself grew 3,500 percent in just one month. So even when the current panorama for cryptocurrencies is not the best, we can be sure that it won’t be like that for that much of a time.

3 reasons to believe TRON (TRX) will go up any time

Characteristics of the coin in the market

At the moment of writing, TRON (TRX) figures at the number 10th position in the market with a price per coin of $0.06048 (3% increase in price in last 24 hours). Even when the coin just lost its 9th position, and it has been trading in red recently; still, the crypto has managed to stay afloat, being one of the top 10 virtual coins of the market.

In addition, the coin is one of the cheapest of the industry and the most accessible coin out of the top 10, which facilitates the investment of potential holders who can buy at a low price and expect an outstanding growth. In fact, the coin is forecasted to surpass the $1 mark in just a couple of years, and if we consider the fluctuations of the market and its historical behavior we can be sure this will happen sooner.

TRON (TRX) has not settled down with the launch of the MainNet. The company has recently engaged with the entertainment industry, developing some valuable strategic alliances with enterprises of the sector such as Game.com, UPlive, oBike, and Bitmain.

The same way, TRON is collaborating as well with the company vSports in the development of a sports ecosystem and the optimization of the several procedures of the sports industry. At the same time, developers are trying to build a platform to help content publishers to publish their content in a more free-way.

All of this partnerships are expected to surge an effect on the value of the coin, so very soon we could be seeing a remarkable increase.

One of the biggest positive facts about TRON (TRX) is the connections the cryptocurrency has been building up due to its Chief Executive Officer, Justin Sun. The businessman has strong relations among the industry, among we can count the one with the CEO of Alibaba, the giant of the E-commerce, Jack Ma.

According to declarations of Sun, TRON (TRX) was designed to be as competitive as possible, and its primary mission is to make the coin the one to follow as a must for all the crypto enthusiasts. Like this, he’s willing to create the most reliable connections in the industry, building up solutions for the whole sector.

Even when the numbers are currently in red, TRON (TRX) still positions itself as one of the strongest coins in the industry. The crypto is expected to hit the $1 mark very soon, and massive adoption of the MainNet can take the TRX market capitalization to even $36 billion.

Many experts of the industry openly support the coin, for instance, the controversial but highly accurate John McAfee who had said in several occasions the coin is destined to hit the sky.

Many banks to adopt Ripple XRP as a liquidity solution as 2018 ends, Garlinghouse