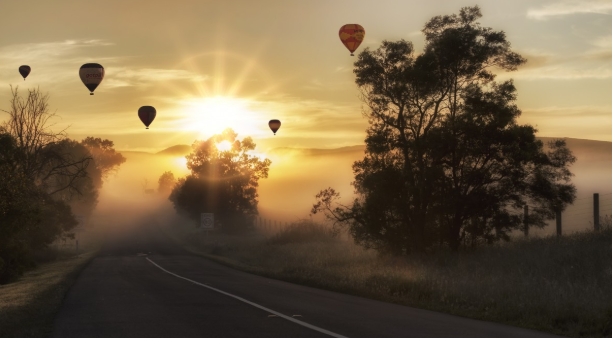 It becomes more evident Every time as to how Tron (TRX) is taking the strongest steps in the industry to set a milestone and differentiate from others, a fact that without any wonder the token is already taking care of. One would think that after a long-awaited launch of the Main Net and all of the work that got implied in such ambitious project, the company would take some time before jumping on another bold objective, but that’s certainly not the case of this crypto.

Justin Sun, CEO of the company has been working tirelessly to consolidate the presence of the coin in the market and improve its performance as one of the top cryptos in the industry. Like this, it has developed an exceptional partnering work that for sure forecasts the token as the next big thing.

It seems like going unnoticed is definitely not a characteristic of the moves that Sun has set for the current 10th coin of the market. The businessman recently managed to partner with three cryptocurrency exchanges in just 48 hours, a fact that besides being huge, places the coin as one of the most well-received in the world, and the one that is currently listed in 70 exchanges in total now. The Tron team knows no stopping. Let’s see how it goes.

The most recent alliances of Tron

BitForex is an influential crypto exchange based in Singapore with registration in the Seychelles and presence in countries such as Germany, Hong Kong, and the Philippines. In addition to the newly listed TRX token, the exchange lists another ten cryptos among which there is Bitcoin, Bitcoin Cash, Ethereum, Ethereum Classic, Litecoin, NEO, ABBYS, THEMIS, and others.

Tron has just entered a global market by forming an alliance with the leading FX market company, Shiftmarkets. Through the partnership, both companies expect to bridge the gap between the two sectors by offering Contract For Difference liquidity and deliverable assets.

In relation to this, the CEO of Shiftmarkets who happens to be none other than the crypto gurú John McAfee said that the company is very “excited to bridge the gap between the FX and crypto markets with a popular and exciting project like TRON.” He continued by saying the FX demand has been mostly acclaimed and that after this collaboration he expects a more notable interaction between the two market sectors.

The Chinese exchange OTCBTC partnered with Tron a couple of days ago to provide support in the migration from the protocol ERC-20 of Ethereum. Like this, all of the holders of the token can deposit their TRX ERC-20 tokens on the exchange before June 21st, and this will represent insurance for their funds after the protocol migration and the coming representative elections.

OTCBTC is one of the largest exchanges in Asia offering trading services with several cryptos among there is TRX which can be bought through fiat currencies such as Yuan or USD and with available trading pairs like TRX/BTC and TRX/ETH.

On June 26th, Tron (TRX) will deploy the Super Representative elections in which the self-governed community of the company will be set to shape and establish Tron’s future. Regarding the Tron (TRX) D2F partnerships, the official announcement that came from Justin Sun in form of a tweet (as in most of the cases), reads,

#TRONSR D2F will be participating in #TRON’s Super Representative Elections! Our first SR Election will be on June 26, 2018, where the first 27SRs will be elected. #TRON $TRX https://t.co/BZ3O8GI4LI

Exactly as Mr. Sun keeps establishing over social media, it seems like Tron “never sleeps.” All of the recent partnerships and moves from the company can only be an indicator of its enormous potential growth in the coming days.

The TRX token is now listed in more than 70 crypto exchanges around the world and has over 100 TRX pair options to trade with. Whether it will be a fast or slow success remains a question; however, we can be sure that great things are coming for the crypto. Stay tuned!

Ripple XRP vs. SWIFT – A rivalry that has barely started