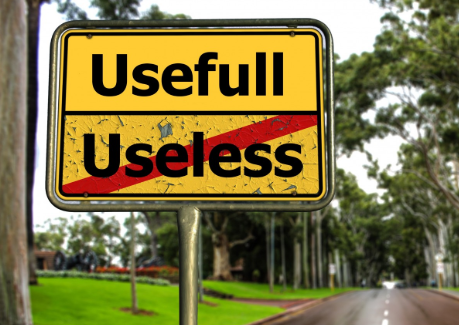 More investors are involved in the crypto-coin world now than ever before. But ever since Bitcoin appeared there’s been a single question on every body’s mind “I have it now, and how the heck do I use it?”

Well, the thing about Neo is that you can use it already. Many outlets have adopted it, and it’s made transactions easier for them and their customers in international transactions and smart contracts. It’s being called the “Chinese Ethereum,” and it’s collected a huge fan base. It was called Antshares before, and it’s been going through the roof for a full year already.

Being able to use NEO is a milestone in cryptocurrency history. It’s listed on Bittrex which is an assurance of how a Chinese crypto coin is conquering the world (it’s not the only one, Tron was founded in Singapore, but it’s no secret that the leadership and work come out of Beijing).

The sheer usability the coin has secured several essential partnerships for them, and each partnership has made the currency more reliable and trusted even in some remote areas.

So why is it working this well?

Think certainty and scalability for a start. It’s compatible with a wide range of different applications which makes it very flexible. Developers can do decentralized apps easily based on the NEO blockchain without much specialization (if you know Java, which almost every programmer does, you’re on the other side).

The NEO net can manage up to ten thousand transactions per second which put it right on the forefront, even EOS and Tron’s new Main Nets will have a hard time competing with that kind of speeds.

Neo is also a digital identity tool, and it boasts the best integrity available in the crypto world. You put all that together and what you get is the ideal environment for digital transactions and the coin that can deal with them.

That’s why more partners are standing in line to adopt this blockchain and currency to get real-life solutions. Identity authentication through the Neo app is just too comfortable and convenient, superior to most other options.

DBFT technology backs Neo’s transfers besides the Neo blockchain. That makes every operation secure, final, and very fast wherever you are at any time you need them. They’re seamless, and they are positioning Neo as the future’s platform.

Neo gives you the best of both fiat and digital currencies. When you transact using Neo you get a digital certificate that has legal validity and, as a user, the network’s platform gives you full safety.

Then there’s the identity verification issue which is so crucial in the digital world. Neo does this better than any other platform for both individuals and organizations. Forget about identifications, Neo just needs your fingerprints or your voice, and you’re ready to go.

The programming language also makes everything so much more comfortable so you can make smarts contracts easily. It just makes it so much more straightforward than other platforms.

If you should read the list of companies that are already taking Neo, you’d be amazed. Some of the most significant global players are on the list but also some smaller outlets. The Neo network is increasing very quickly and it won’t be too long before your local store a few blocks away will be adopting it.

Just think about these two global firms: Microsoft and Alibaba

Alibaba is taking Neo coins these days as payment and if you know Alibaba you know you can buy just about everything there wherever you are in the world. They call it the Chinese Amazon but, in fact, it’s better because you can’t do wholesale at Amazon but Alibaba specializes in that. Neo is now working with them on a Mail Certification Service so that international logistics are easier and safer.

Microsoft is using Neo to ensure fast and secure access to its products using NEO as payment. These are just two examples. They illustrate how Neo is positioning itself to bring cryptocurrencies into the real-world and change the game. Global business is being reshaped by this technology already in general, and this crypto coin in particular because it’s so readily compatible with so many systems.

Neo’s price has fluctuated a lot over the last year, as it’s happened to most crypto coins. But its resilience has been proven beyond any reasonable doubt, and serious investors love it. It’s the world’s eleventh coin in terms of market capitalization, and it’s currently at $56.41.

And it can only go up once other big players realize how well the technology will work for Alibaba and Microsoft. The coin is expensive compared to Ripple or Tron, but you still should keep an eye on it.

Own some XRP? HODL it! Bank of America could adopt Ripple at a jiffy!