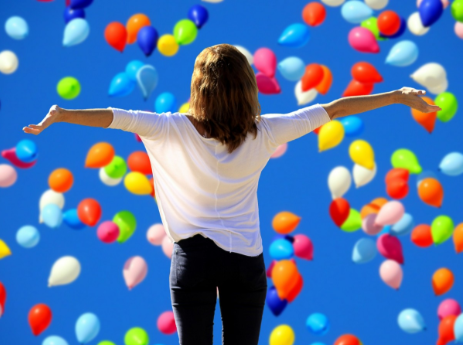 The EOS cryptocurrency and project are the talk of the town in cryptoville for all kinds of reasons. They have some important events coming up, the price is currently low and, also, it has some enthusiastic fans who claim it’s more scalable compared to Ethereum and some very serious detractors who just call it a scam.

Nevertheless, their capitalization remains beyond $11 billion ($12.84 is the currency’s current price per token; increased in value by 16% within just 24 hours as I write this article), and they’re just about to launch their new Main Net. EOS is rising in popularity, and it would be a rookie’s mistake just to ignore that. EOS could even get listed in Coinbase sooner rather than later for several different reasons. Let’s explore them.

1. EOS’ EOSIO new MainNet is just around the corner

Something of the kind has been happening with Tron’s TRX as well since they are also about to release their new Main Net. Both coins’ prices are going up as users, investors and enthusiasts look forward to seeing how great their own independent blockchains and networks will be.

EOSIO goes live coming June 1st. In the words of the organization behind EOS, this new MainNet will be a platform in which,

“entrepreneurs interested in building their own blockchain can fork (the) repository and customize it for their own use.”

It will also allow programmers to develop decentralized apps at their leisure. If EOS can really attract a solid community of developers (not an easy feat since Tron is trying to do the same thing exactly), then its popularity and market price can go as far as you can possibly imagine. Even beyond.

EOSIO developers we need you. We're looking for volunteers to be technical mentors at our first #EOSHackathon event, in Hong Kong, June 9-10. Travel and accommodation covered. Learn more below https://t.co/oAAo0PPRpc

On May 15th, Synacor (a personalized media company based in Buffalo, NY) presented their new email platform, called Zimbra X. It will be an upgrade for their current email platform called Zimbra, and it’s the premier enterprise application being developed on the EOSIO. This is a huge deal! Zimbra currently has more than half a million users (which will now become EOSIO users in just one go, even if they’ll probably never know). This is a prestigious service, on top of everything, Amnesty International hosts its email with them.

That kind of support given by such a big firm at a stage in which EOSIO is not even online yet can only encourage other firms to take this blockchain project seriously and find out what it can do for them.

It used to be Litecoin. Not anymore. EOS is fifth now. Coinbase carries four among the top six coins, and as relatively new currencies as EOS and Tron are becoming undeniably relevant, they are looking to include new coins this year. EOS is very popular, and its current circulation is worth 877 million dollars. Ignoring those two simple facts wouldn’t be Brian Armstrong’s people best move.

There’s one other thing. Coinbase wants increased trade and EOS is still cheap (some would say undervalued). Adding a cheap crypto coin that is additionally among the world’s top five can only increase the trading volume (read profits).

The technology behind the EOS new Main Net is called Graphene. It’s good from ten to a hundred thousand transactions in each second and can take advantage of parallelization to bring that number up to the millions.

That gives EOS a huge competitive advantage over Ethereum and makes it the only (the possible exception being Tron when they launch their own new Main Net) blockchain network capable of running commercial-scale decentralized applications at the production stage. If you’re wondering why scalability matters, think about this: scalability is longevity and long-term viability. Even Coinbase takes scalability into account.

5. Coinbase gets ready to grow

Coinbase expanded to Chicago last week. There are two things they want more of: investors and talent. They plan to get thirty new faces into the company before this year’s end and a hundred in the next three. Coinbase knows it’s the leader. It takes that seriously, and it wants to preserve it. And the only way they can keep that up is to include the coins that most people want to own or trade. EOS is one of them.