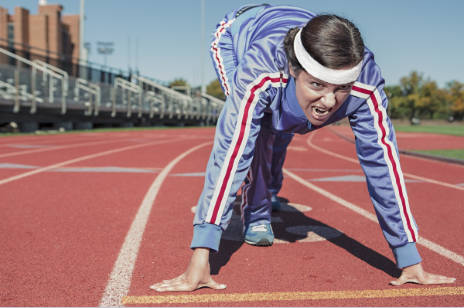 The technology behind each cryptocurrency is one of the factors that makes a project interesting and worth investing in. Five major digital coins are going to soon release their very own Main Nets in a move that promises to revolutionize the way they will perform and the interest they will gather from both fans and neutral investors alike. We’re talking about Tron (TRX), Zilliqa (ZIL), EOS (EOS), Cardano (ADA), and VeChain (VEN).

Each of these five projects has a faithful and enthusiastic community behind them. They have a current Test Net version too that’s been online for some time, in preparation to release their Main Nets, and they are all about to release their very own blockchain technology (their new Main Nets). This has created a lot of expectations in the market. ADA is a bit of an exception, but more on that later.

Let’s start with Tron (TRX). They scheduled their Main Net release for this May 31st, that’s just ten days away as I write this. Tron is Justin Sun‘s corporation which has its own currency (TRX), but their blockchain technology doesn’t only aim to support TRX but to decentralize the whole web, especially its entertainment content.

It’s a particularly ambitious project that’s gathered incredible amounts of momentum in fewer than twelve months. Some other exciting announcements from Tron are expected to be published soon.

Then there is EOS. The launch’s exact date has created a lot of speculation, but the online countdown available on the project’s website is set to 2 June at 22:59:59 UTC.

Their goal is to become the go-to platform for decentralized applications development and a superior smart contract capability to Ethereum’s.

A third Main Net will be launched this year by VeChain. It’s alpha tested currently by a hundred selected users. When this stage is completed, they will move on to a ‘Public’ beta Test in which any user can participate. VeChanThor (the new blockchain’s official name) is expected to come online in late June, but the exact date remains unknown.

Zilliqa is another project that has a live Test Net running since the March 31st. Zilliqa introduces many interesting new concepts and tools to the crypto world. Like the idea of sharding mining in which each mining task is divided into several smaller pieces that can be processed in parallel with each one accounting for a transaction.

It also includes the Scilla programming language that is designed to be secure and developer-friendly. Zilliqa’s ultimate goal is to bring previously unknown scalability to smart contracts. The exact release date remains unknown, but it’s expected to come online on this year’s third quarter.

Last but not least is Cardano (the project behind the ADA cryptocurrency), and it’s gathered so much interest that observers can’t wait for the thing to be released.

Their new Main Net is actually already running; it has been since last September 29th. But so far it’s been running only in three trusted nodes that are hosted by the Cardano Foundation, Emurgo, and IOHK.

The next step on the ADA roadmap is called Shelley, which is the Main Net’s decentralization. This will happen this year at some point in either Q2 or Q3.

The initial release will be about stake pool testnets and delegation. It will enable users into delegating their stake or, also, be stake pools for having other stakes delegated to their pool.

So the difference between ADA and the other four is that it’s already running on its very own blockchain and Main Net, so there will be no migration happening. Their update will be about bringing decentralization about.

So there you go, crypto enthusiasts! These are the coins that will go for their own Main Net this year. Keep reading our posts so you can find out the exact release dates for the projects that have not announced them yet.

Your 2018 blockchain portfolio should include Verge (XVG). This is why.