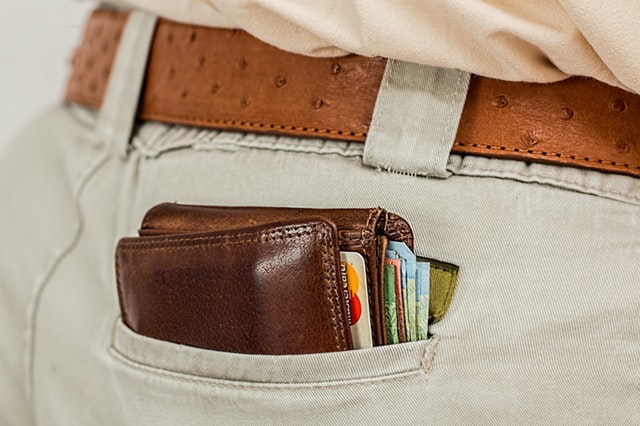 Keeping cryptocurrencies safe after acquiring them is one of the most important parts of dealing with digital money. It is not something that you can just store in your pocket, which means that crypto users need to find another place to keep the coins safe. This is why crypto wallets were made.

Which is the best wallet for TRX?

If you are a TRON (TRX) enthusiast, or you are at least becoming one, you need to know how to best store your TRX coins in order to keep them safe. This is where wallets come in, and they all have their advantages and disadvantages, which is why it is important to know all the details connected to a specific wallet so that you can make the right choice.

Some would argue that you can always let your coins sit in the hot wallets offered by exchanges. However, this is as far from a perfect solution as you can get, considering that the exchanges can shut down, be hacked, or even block your account. The best solution would be for you to employ a cold, or semi-cold wallet.

To help you decide which wallet to go for, we have prepared a list of top 5 wallets that will accept your TRX coins, and keep them safe. Let’s begin.

MyEtherWallet is a very well-known crypto wallet and one of the most commonly used ones as well. It allows users to completely avoid involving a third party by letting them secure their private key on their own computer. Users can access it via browser, or through various software developed to work with wallets.

MEW wallet is an open-source wallet that also comes with an exchange service that is already built into it. However, despite all of this, some of its users have reported that they have received phishing attacks. This ultimately leaves more than enough room for a security concern. Still, other than that, this is a great wallet for storing your tokens.

Ledger Nano S is a hardware wallet, which is seen as one of the safest ways to store your cryptos. It is user-friendly and is as secure as a wallet can get. Not only that, but it accepts a very large number of cryptos, which means that your crypto of choice will probably be accepted. This, of course, includes TRON as well.

Another good thing about Ledger Nano S is that it is compatible with the previously mentioned MEW. All that it takes is to connect the ledger to a computer and exchange the tokens between the two wallets. This means that you can always store the majority of your coins on Ledger Nano, and keep those that you really need on MEW.

Just like Ledger Nano S, Trezor is also a hardware wallet, and it works in the same way. This significantly reduces the differences between the two wallets and makes it hard to determine which one is better to use. Their cost is also pretty much the same, and you can find them for around €100. The biggest issue with this kind of wallets is that you need to pay to get them, but a small investment like this is definitely worthy of the top security for your TRX, or other coins.

Users who prefer to use their smartphones instead of computers are covered as well, and Eidoo Wallet is one of the best ways to go in this category. It can be used on both, iOS and Android devices, and it accepts various currencies. When it comes to the wallet’s private keys, they are completely encrypted, and will only be held on the user’s phone. This puts the user in complete control of the keys, which is a major advantage.

Eidoo Wallet is all about convenience, and even the transactions can be easily done from the smartphone. It is also user-friendly, with a clear and simple interface, which makes it easy to understand and use even for novices. The desktop version of the wallet has yet to come out, but the developers claim that they are working on it. The only issue with this wallet is security, which is a problem since phones are mostly easy to hack, especially if you use public networks to manage your coins and transactions on the go.

Finally, there is MetaMask, an online wallet based on Ethereum, which can be accessed via a browser. It comes as a simple extension, and it can be added to Mozilla Firefox, Opera, or Google Chrome. Its greatest strength is its convenience since it doesn’t require any extra software or hardware. A simple extension is all that is needed to access the wallet, but it still manages to have a tight grip on security. Your private key will be safely encrypted, but just as any other wallet, it is still not totally safe, which makes it good for storing small amounts of coins, but not all that you own.

Verge (XVG) GUI Miner Beta is Up and Running