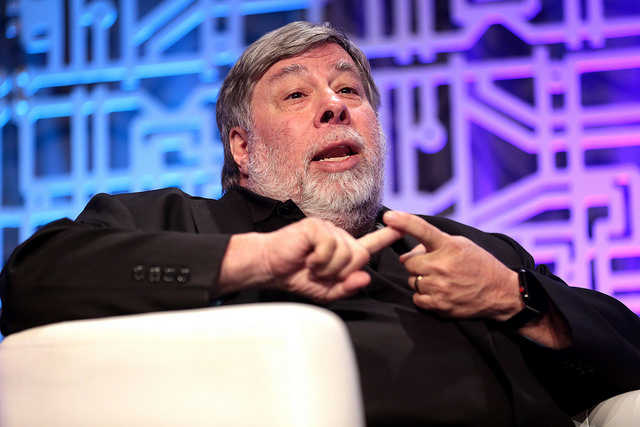 One of Apple’s co-founders, Steve Wozniak, stated recently that he would join up a new crypto startup. He also spoke about cryptos in general, stating that he is excited about their future, and explained why.

Steve Wozniak excited about the future of digital currencies

In a recent interview, Apple’s Steve Wozniak, who is a well-known computer engineer, as well as one of the company’s co-founders, stated that he likes to keep up with modern technological advances. This is the reason why he was initially drawn towards cryptos. Later, when he uncovered the new and interesting aspects this technology, and Bitcoin in general, his interest was peaked even more.

Bitcoin doesn’t have a known creator, nor is it controlled by a centralized authority. It is entirely based on mathematics, which is one aspect that impressed him in particular. To him, math is like nature, and he trusts it completely. While people can make things up, control them, manipulate them, and alike, math is always true and honest, which is something that can be said for Bitcoin as well.

Steve Wozniak is known to have been the right-hand man of Steve Jobs himself, and the two founded Apple through shared effort. They founded the company back in 1976, when Jobs was handling the entrepreneurial part of the project, while Wozniak was in charge of the tech-related aspects. They continued to work on the company and got it through the first five years that were critical for its survival. By 1985, Wozniak left the company and had focused on other things like philanthropy, various investments, and he even became a host for pop music shows. Eventually, the world started to view him as an early computing world’s ambassador.

Cryptos are like the early internet, says Steve Wozniak

As such, the crypto world was anxious to hear what he thought about the crypto world and cryptos in general. As a very reputable and respected figure in the world of technology, many believed that his words on the matter might even dictate the future of this technology. If nothing else, his perspective was invaluable to them. Eventually, he decided to speak about them, and he did so at the Chainxchange blockchain convention.

He seemed more than excited about cryptos, as well as Bitcoin itself. It would seem that the biggest impression on him was left by the independence that cryptos have expressed so far. He even compared them with the early days of the internet itself. He stated that technology behind cryptos is amazing to him, and what was even more amazing that almost every branch of business these days either already uses some of the crypto products, or they are considering using them.

He also said that he sees value in this technology, which is not something that everyone is capable of. The current state of cryptos reminds him of the early internet in this regard as well. Finally, he briefly touched upon the new crypto investment group, going by the name of Equi Capital. He mentioned that he will be involved in the group and that this would be his first project of this kind.