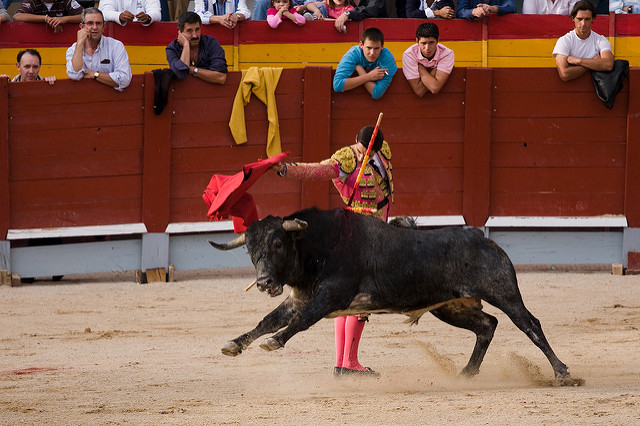 After more than half a year of price drops and losses in value, Bitcoin’s price has finally demonstrated signs of stability. For weeks, Bitcoin managed to remain above the price of $6,550 per coin, which was followed by a small price surge that has allowed the coin to reach $6,600.

Not only that, but Bitcoin’s volume also saw a 12% increase that has taken it from $3.2 billion to $3.6 billion according to CoinMarketCap. While this state of the market did not include all the altcoins, with some of them even experiencing losses, the situation regarding Bitcoin did look promising.

However, the new situation has changed that, as both investors and analysts woke up to the news of crypto prices going down.

Cryptocurrency analysts around the world have been predicting that the recently-balanced situation regarding Bitcoin and many altcoins will not last. While some believed that Bitcoin volume will go up, others have been claiming that it will drop once again, as it has finally happened.

At the moment, Bitcoin has managed to drop below what was recently believed to be its bottom, with a new price being at $6,297. Instead of reaching milestones such as $6,800, and then $7,000 mark as many have hoped, BTC actually dropped by around 6%.

For a while, Bitcoin has been showing signs that it is ready to grow once more. However, the trouble once again lies with the market, which has followed a recent drop in bonds and stock markets. In the meanwhile, experts warn that the market is still not done with the new correction.

A lot of experienced crypto traders have joined the discussion as well, claiming that Bitcoin has demonstrated more than decent stability in the recent weeks. To them, this is a clear sign that an upside movement is more than likely in the days to come. However, before this happens, BTC will have to wait until the new market crash blows over.

Don Alt, an experienced trader, predicted this drop recently by stating that the change in the market’s stability might arrive as soon as within a day or two. According to him, Bitcoin was extremely near to its apex for a long time. The longer its price remained so close to the apex, the more likely it was for it to go down, rather than up.

Bitcoin’s behavior throughout its history should also be taken into account, and the coin has usually had strong periods of recovery after major price corrections. One example of this was recorded in October 2013, when BTC’s volatility rate was at around 4%. Soon after that, a three-fold surge brought the coin to entirely new heights before the year ended.

Using this series of events as an indication of things to come, many have stated that there is yet hope, as it is more than possible for the current Bitcoin price drop to lead the market to another bull run. If the history repeats itself, we might see BTC climbing back up to its $20,000 record in the following months.

As for the rest of the market, the top altcoins continue to struggle with major price drops. In fact, there was no real positive price movement for any altcoin in the last week. Ripple, TRON, IOTA, Bitcoin Cash, and numerous other coins have experienced a drop of 11% in the last 24 hours. While nobody can predict for how long is the new situation going to last, investors around the world are hoping that it will stop as suddenly as it has appeared.

TRON TRX: A Perfect Way To Bring Games To Blockchain