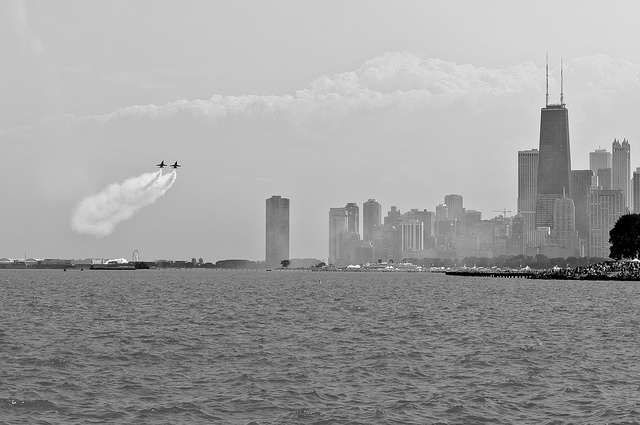 BitShares (BTS) is an open-source, public blockchain-based, real-time financial platform. It provides a decentralized asset exchange similar to the NYSE, but for cryptocurrencies and without the need to trust a central authority to handle all the funds that facilitate trading using an international network of computers, in which anyone can take part.

According to the developers, the platform is capable of processing 100,000 transactions per second (tps) and even more with minimal optimization. For comparison, Visa (NYSE: V), one of the largest financial providers in the world, handles, on average, 2,000 tps with a maximum capacity of 24,000 tps.

BTS allows its users to trade on the built-in fully decentralized exchange (DEX). While traditional cryptocurrency exchanges rely on their own private servers to store, handle and control all the funds, they also have a history of theft, being hacked, or closed down.

The idea of a DEX is to have no access to its users’ private keys, which are the cryptographic equivalent of a strong password to a regular Internet account, and to operate on a distributed computer network. This way traders remain in full control of their money and the trading platform itself is more resistant to attacks.

With that behind us, let’s take a look at BTS from a technical perspective and what may be in store moving forward. 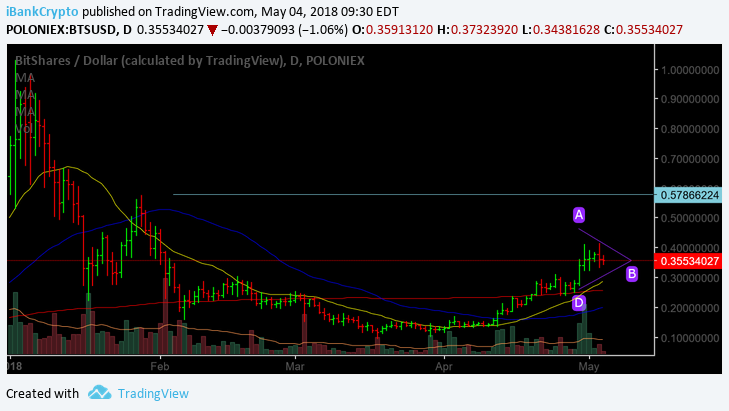 For the past several Months (February-April) BTS found itself in a basing pattern and has just moved out of its Stage I base (short-term) on large volume as can be viewed above.

At present, we can also observe that BTS is trading above all of its important moving averages –  20/50 and 200DMA’s, which from a technical viewpoint, is a positive.

In addition, we can also see that BTS is currently digesting/consolidating the recent thrust on lower volume, while doing so in a Pennant formation, also very constructive and as well, a favorable technical posture.

Moving forward, both investors/traders may want to pay close attention to the action in BTS. More specifically, should BTS ‘pop’ top-side out of its Pennant and perhaps more importantly, be capable of clearing the $.42 level, such development, should it materialize, may just set the stage for another thrust into higher ground with a potential target zone of $.55 – $.60 in the days/weeks ahead,

On the flip-side, the $.32 level should provide decent short-term support, while for those longer-term investors, the $.23 figure provides another level of potential support.

Nevertheless, both investors/traders may want to put BTS front-and-center on their radars, monitoring the action closely in the days ahead as we suspect that another thrust ‘Top-Side’ may be imminent.

Related Topics:BitsharesBTSchartingTechnical Analysis
Up Next

NEO (NEO) and Stellar (XLM) On A Bull Run