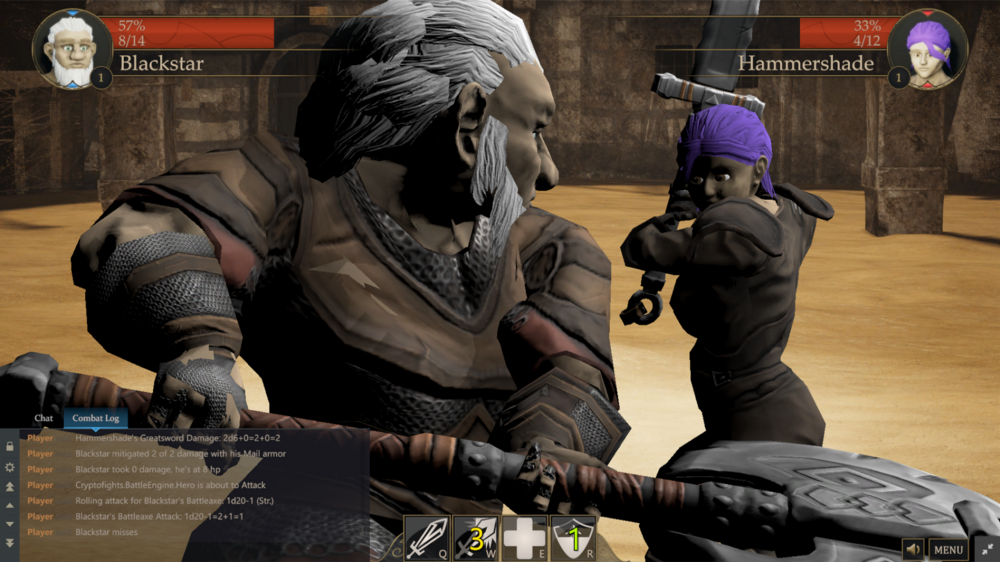 CryptoFights, an innovative 1vs1 role-playing fighting game by Thoughts in Motion, utilizes blockchain technology to manage in-game assets and gameplay. Featuring serverless gameplay, CryptoFights uses a sidechain to enable high-performance gaming while securing game assets on the Ethereum mainchain. It can be described as a turn-based Street Fighter, with interchangeable weapons and armor providing a real-time strategic advantage to players who outmatch their opponents.

The trustless gaming architecture of CryptoFights utilizes blockchain validation to prevent cheating and provide transparency. End-to-end integration of blockchain technology into its game mechanics and economics makes CryptoFights one of the most ambitious blockchain gaming projects in development. 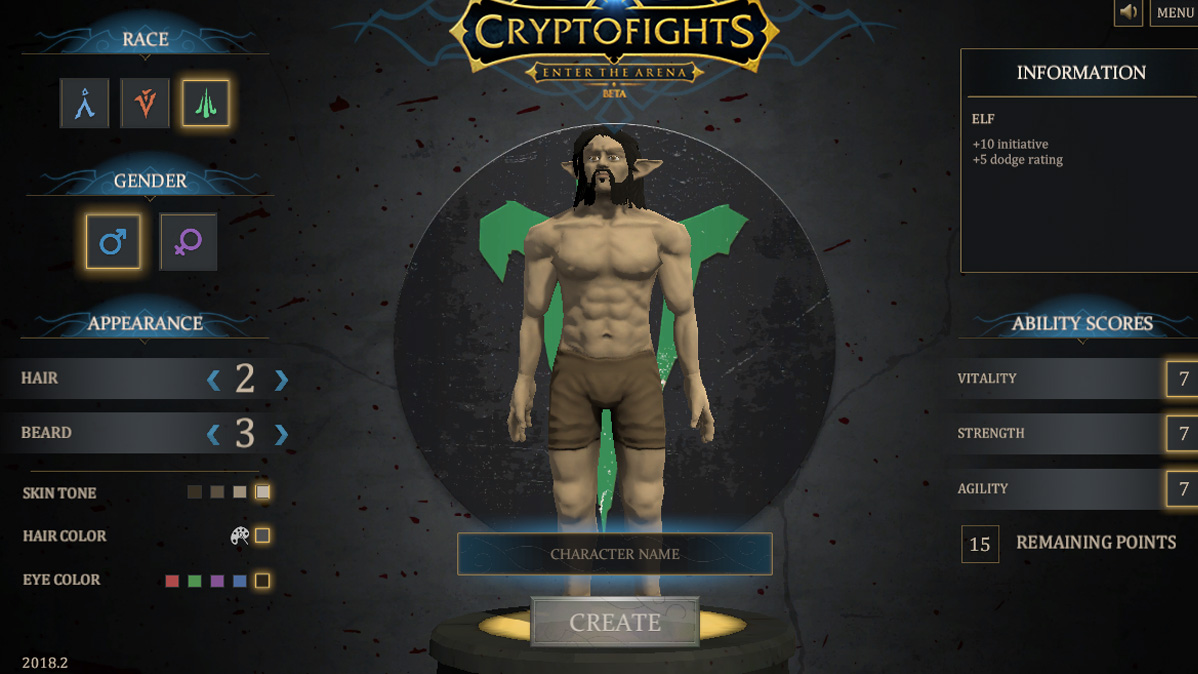 CryptoFights will utilize the ERC-1155 Crypto Items Standard to mint in-game assets on the Ethereum blockchain. This groundbreaking new token standard has recently made headlines given its potential to replace ERC-20 and ERC-721. Created by cryptocurrency project Enjin Coin (ENJ), ERC-1155 offers the flexibility to create fungible, non-fungible, and semi-fungible tokens. It also enables developers to place the majority of their code into one core contract and use identifiers to prompt an infinite number of tokens to draw from that single set of source code. This monolithic approach to code distribution will not only serve to drastically cut down the vast sums of redundant code copy-pasted into every token; it will also reduce gas costs by up to 90% when deploying the hundreds of tokens used by most games.

CryptoFights will also use Enjin Coin to back the value of their items, meaning in-game items, represented by ERC-1155 tokens, will contain an amount of ENJ that users can later retrieve by “melting” their items. Users can also buy, sell, and trade their ERC-1155 tokens through third-party platforms, while CryptoFights is able to monetize these external peer-to-peer marketplaces with transaction fees automatically obtained and allocated using Enjin Coin’s smart contracts. 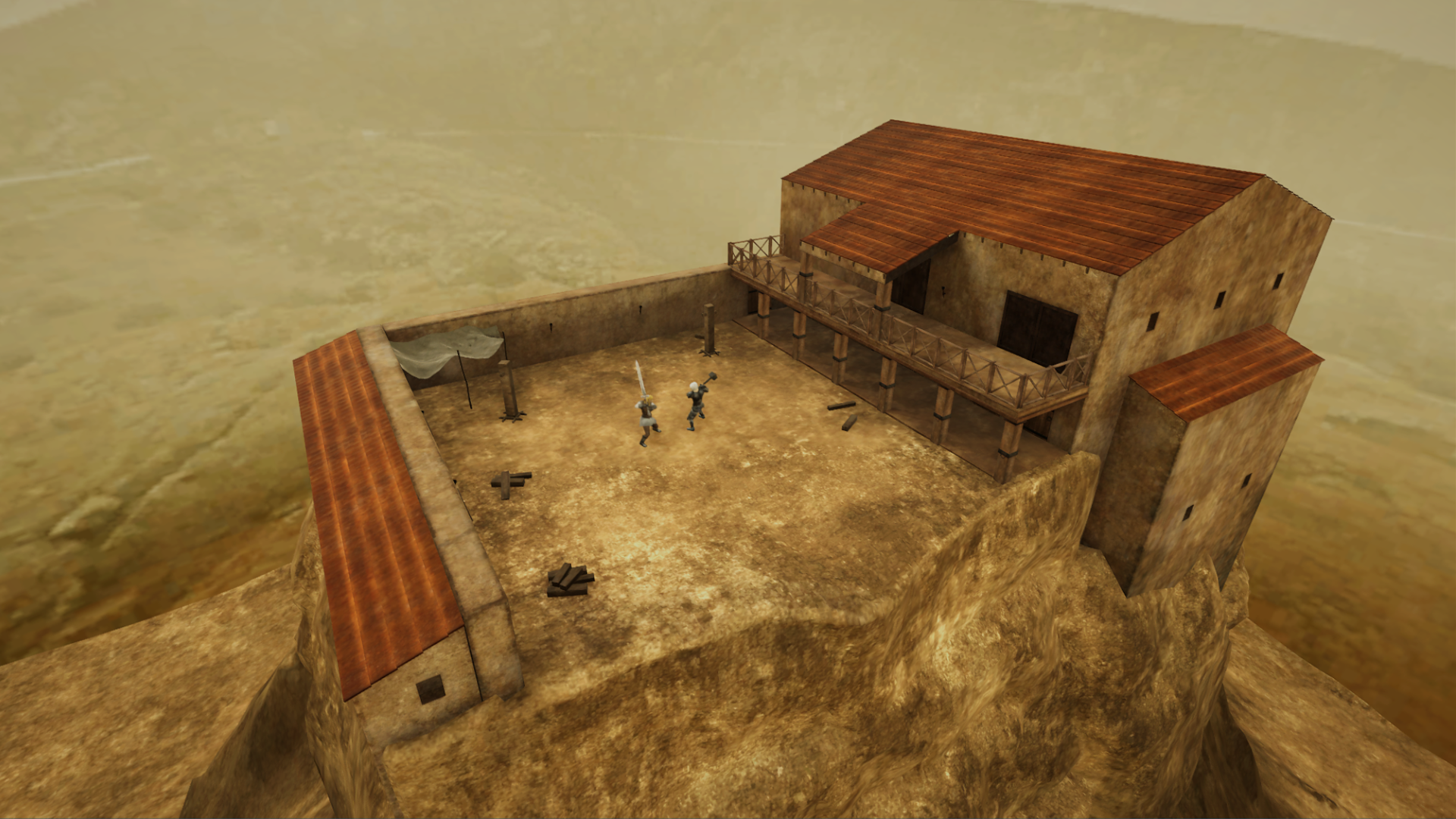 Getting Started: How to Buy Bitcoin Easily

The Tron (TRX) bull is on the way, and it’s going to be massive