The blockchain revolution has reached most of the economic sectors, and gamers didn’t want to stay aloof from it. BUFF, a young startup founded in 2017, wants to leverage the disruptive technology for a loyalty platform for gamers. The team intends to launch a new token that will represent a standard currency across various gaming brands. Thus, gamers will do what they enjoy the most while earning tokens as rewards. The BUFF coin will fuel a decentralized ecosystem for gamers, who will be able to obtain it by playing any of thousands of games, from Cash Royal to Dota2 and from FIFA series to League of Legends.

Gaming is one of the largest industries out there as the market has evolved at a fast pace since its early days in the 90s. Now it represents a $116 billion industry with a third of the world population acting as users. The market is demonstrating a ten percent annual growth. There are countless gaming brands covering different themes and categories, and BUFF aims to create a standard coin to be used and earned by playing any of those games.

The BUFF platform will act as a loyalty system. In other words, BUFF wants to be for the gaming industry what Star Alliance is currently for the airline industry. The latter is a loyalty system or alliance that connects 27 full members and 40 affiliates, among which one can find Lufthansa, Air Canada, and Hilton Hotels & Resorts.

The BUFF’s ecosystem will revolve around four main groups:

The BUFF ecosystem will help game publishers better connect with gamers and create communities. The platform will benefit both gamers and publishers as it provides a transparent and secure method of interaction based on the blockchain technology.

For gamers, this will be a great way to monetize their playing time. They can join the BUFF ecosystem through their smartphone or desktop app and just enjoy playing. The application will monitor the gamers’ activities within every game. Based on the achievements, gamers will see new BUFF coins added to their platform accounts. They can redeem their coins by purchasing digital items or even by unlocking new levels in their games. It’s much more convenient to spend your pre-earned tokens to unlock new levels rather than spend your hard-worked money.

To build its platform and create the largest gaming ecosystem and community, the BUFF team plans to conduct an initial coin offering (ICO) to raise $30 million. The soft cap target is $6 million.

During the token sale event, the team will distribute its BUFF coin, which is an ERC20 token, suggesting that it is based on Ethereum and operates with smart contracts. The total supply of tokens is 300 million, with 20% of it being reserved for the ICO event.

There has been a private sale of BUFF coins, which started in April 2018. The public ICO is planned for August 2018, and the token will be launched in September 2018. 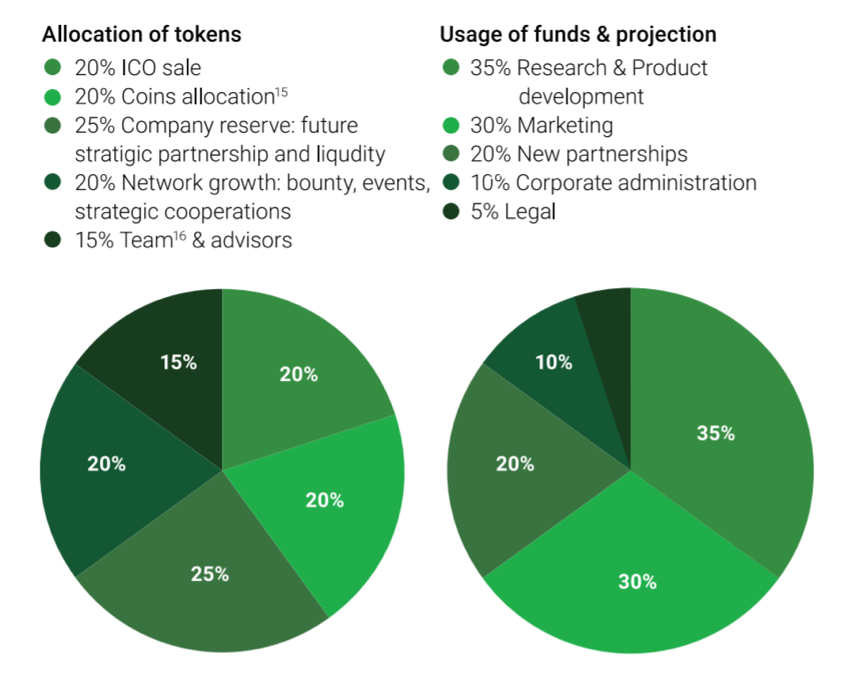 Those who want to invest in BUFF tokens should know that the first days of the public sale come with generous bonuses. Thus, if you choose to invest in the first day of the ICO, you can get a 10% discount. Also, a 7% bonus will be available on the second day, and a 5% bonus can be claimed on the third day. Once the fourth day starts, investors will have to pay the full price set for the ICO event.

Investors can buy BUFF coins with Bitcoin, Ethereum, euro, and UK pound. Note that investors should pass through KYC and AML processes before making the transactions.

Given that gaming is one of the largest industries, it seems that BUFF has already guaranteed its success, as it will integrate with most of the major gaming brands, including the top 10 most played games that have reached 1.4 billion users. However, much will depend on the team’s approach and the implementation of the steps stipulated in the roadmap. BUFF has recently partnered with Overwolf, a leading gaming developer of apps, including overlay apps. It has over 200 applications in its free App Store. The firm now runs a large gaming community that comprises 15 million monthly active users. Thus, BUFF is already in the right direction, as its loyalty system already integrates into Overwolf’s ecosystem.

After the ICO ends, a beta version of the platform will go live for six months. Then, in 2019, gamers can access all the features of the platform, which will also add more game brands. In 2020, the BUFF team plans to reach gaming consoles like PlayStation and Xbox.

The BUFF token price will depend on the supply/demand ratio after it gets launched. Investors will be able to convert BUFF to other tokens on crypto exchanges. For more information, check out the BUFF website and white paper.

Is Tron (TRX) bull on the way as coin tramps over key resistance levels?