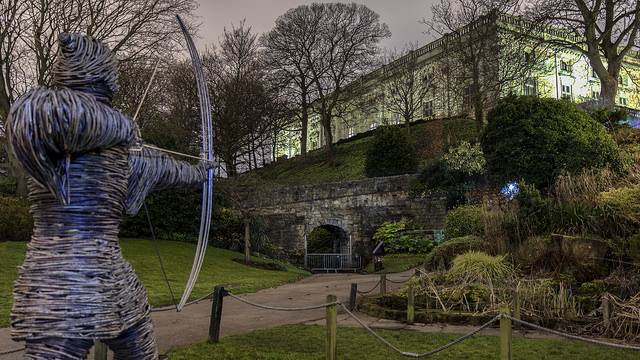 Gas (GAS), along with NEO, will be one of the lucky currencies to get listed on Cobinhood! Seeing a currency getting listed on an exchange market is always an exciting thing to have, especially if the exchange market involved is one of the “big players”. Cobinhood, cleverly derived from the combination of words “coin” and “Robin Hood” (as stated by Captain Obvious!), is the first decentralized blockchain-based decentralized platform without fees, so having Gas and NEO welcomed on the board is actually a huge deal. Let’s see how the recent listing affected Gas as well as what this currency has been up to these days.

On March 28th, Cobinhood released a statement where this no-fee decentralized exchange platform updated the public on the most recent news. The news was revolving around NEO and Gas, as Cobinhood representatives announced that these currencies will be joining the existing list of currencies being traded on their platform.

Neo and Gas started off strong with promptly acquiring a nickname “China’s Ethereum”, considering the fact that NEO platform is dealing with decentralized applications just like Ethereum.

Although Gas is somewhat less appreciated in oppose to NEO – Neo is ranked among top ten currencies as the 9th best currency according to global coin report list, while Gas is ranked as number 70 on the list. Also, if you take a look at the market state of these digital assets, you will notice that there is a huge gap in the price difference as well. However, this is not an odd case since it is a fact that Gas actually represents a token hosted by NEO and Neo platform.

There is also a crucial difference between the two, where NEO is “stronger”, both technologically and on the market, probably given the fact that NEO actually “gave birth” to Gas.

While Neo is being used for providing voting rights within Neo platform, also representing the shares of NEO that you own, Gas represents a token created by NEO. At every processed block in NEO’s blockchain network, a user gets 8 GAS tokens. The production was then reduced to generating 1 GAS per 2 million processed blocks.

Due to the occasion of adding both, Gas and NEO to the list of trading coins, Cobinhood representatives added that they are constantly trying to meet the needs of their users, so they are working on adding new coins and tokens. However, they need to make sure that the coins they are adding are worthy of being added.

That says a lot about NEO and Gas, so it is a bit odd that only a bit more than a week later, both of this currencies are suffering from losses while trading in the red.

Besides from having Gas and NEO listed, Cobinhood also accepted Bitcoin Cash (BCH).

Cobinhood is also planning on finding more worthy coins to add to the trading list while they are working on creating corporate accounts that will enable lots of handy perks including the increase of withdrawal limits.

How NEO and Gas are doing at the Current Moment?

Given the recent negative changes, this token can now be bought for 14.14$ per one GAS token. Gas reached its record price on January 16th, when most currencies were experiencing massive gains in the market. On this occasion, GAS hovered around 85$ per one unit, but it dropped to the current price of a bit over 14$ in only 8 weeks.

Neo is also trading in the red after the most recent change in the market. This coin fell down against the dollar by –4.07%, which is still significantly better than its token, GAS. NEO is also trading down in the red against BTC, dropping by -1.79%.

We will be updating our subscribers as soon as we know more. For the latest on NEO and GAS, sign up below!

All the Things that Make Lisk (LSK) a Great Investment