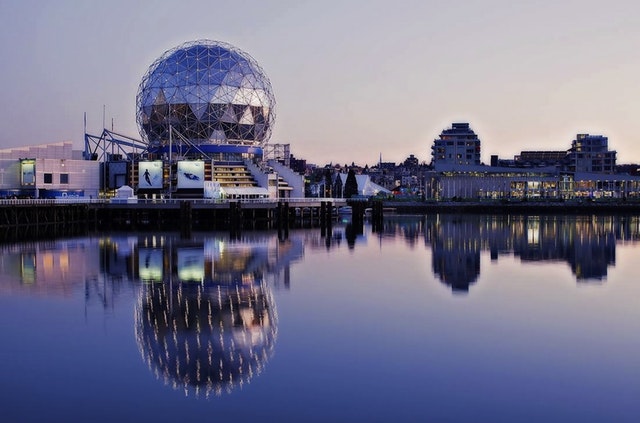 Some people seem to believe that technical analysis somehow doesn’t apply fully to the cryptocurrency complex. Such a theory betrays a lack of understanding of the point of technical analysis. The idea here is not simply about using tools that other people use as a way of getting ahead of those people using those tools.

In fact, the art of technical analysis is centered on the notion that there is more information betrayed by the collective behavior and decision-making of a group of people than simply the behavior of those people.

In other words, patterns of decisions made by groups of people tend to hold consistency through time, leading to the potential that one can begin to make projections to those patterns given that they all represent the same thing: a bunch of people.

This is just as true for cryptocurrencies as it is for stocks or fiat currencies or commodities or any other market. Consider this as we examine the charts today for EOS and Litecoin (LTC). 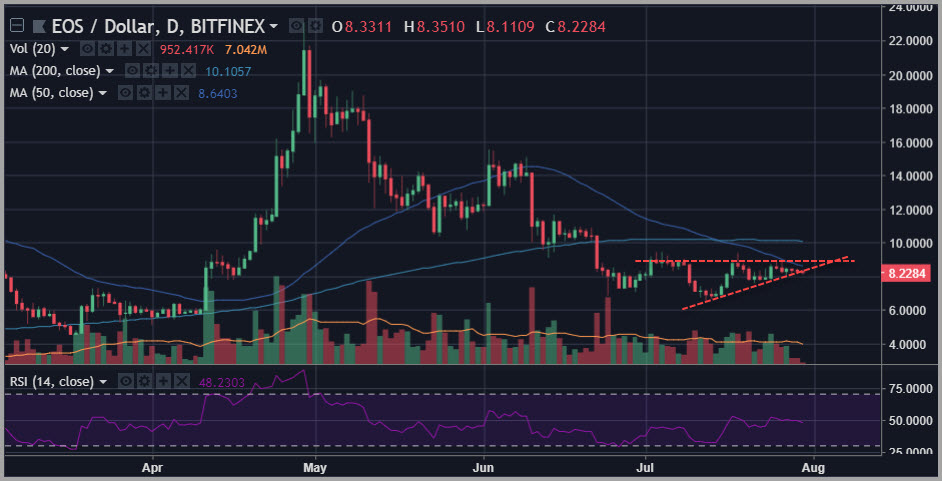 When looking at a chart of EOS, one may see a trading range. That’s a perfectly valid interpretive stance at this point, particularly when considering the past 4 to 6 weeks.

EOS has in fact been trading in a range roughly defined by support at the $7 level and resistance at the $9 level.

However, one may also see the relatively flat top to this pattern and the recent trend of rising lows. That suggests that we have the possibility of coming into a place of a bullish ascending triangle pattern in EOS.

If so, that could immediately bring into play – upon triggering of the bullish trigger level – a breakout to test the 200-day simple moving average, which would also occur in confluence with the psych $10 round number resistance level. That area could well act as a “price magnet” above the current market.

Given all these factors together, that appears to be a relatively predictable flow of events if we do in fact see the initial bullish trigger to this setup. 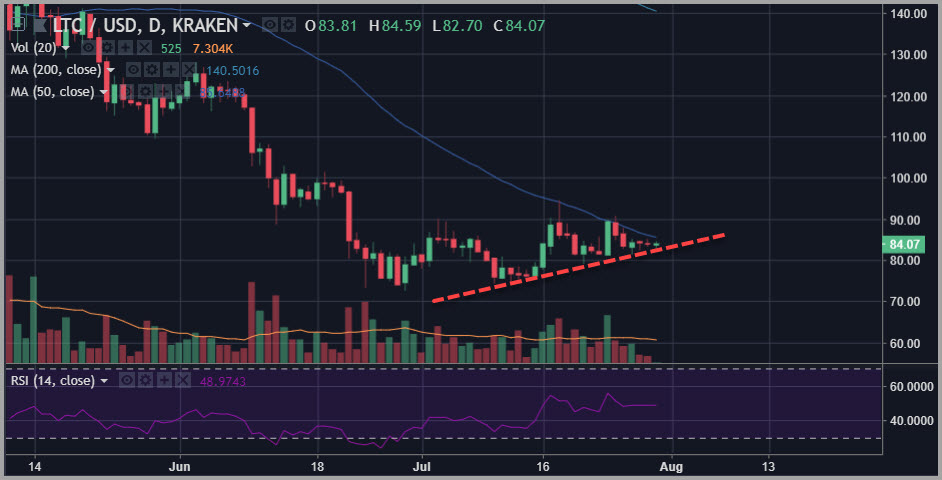 Litecoin (LTC) exhibits many characteristics that are similar to EOS, as described above. However, one of the most striking differences is that Litecoin (LTC) does not have a flat top to its recent pattern beginning with its pivot at the lows in late June.

Instead, Litecoin (LTC) has something that we would have to see, on a closing basis, as a series of rising highs and lows that will either resolve itself as the beginning of an upward trend or as a bearish pattern formed as a rising wedge in a downward trend.

One factor leaning our interpretation of the pattern slightly in the bullish direction is the fact that one can see – on a closing basis – the rough outlines of a double bottom in late June and early July that also includes a very clear bullish divergence on the 14-day RSI oscillator.

Conveniently, for traders wishing to play along with this thesis, we can easily set risk as a break of the sloped support defined by the low pivots we have seen come into place over the course of this month.

3 reasons why Bitcoin will reach $50,000 before the year closes, Anthony Pompliano