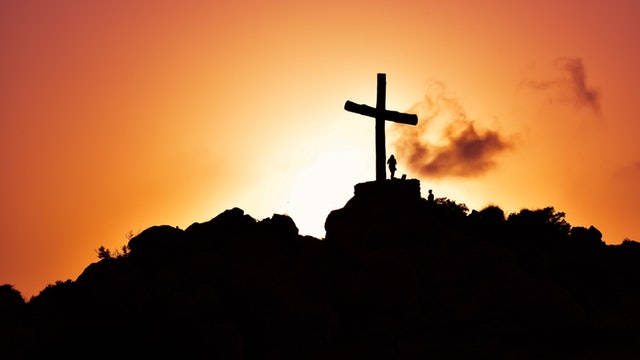 In any emerging trend, there will always be moments that represent a “test of faith” – when the initial believers are forced to face up to the reality of uncertainty that defines any market position.

In this case, in the trend that got started to the upside in many cryptos earlier this month, we are now facing one such moment with the SEC stepping in to definitively reject the Winklevoss Bitcoin ETF application.

Now, we will get that most valuable of gifts to a chartist: the reaction. For EOS and Litecoin (LTC), this may well be extremely telling.

Ever since finding resistance in the $22 area back in late April and early May, EOS has been steadily absorbing losses until finding double bottom support near the $7 area in late June and mid-July.

However, the tone for EOS – along with the rest of the cryptocurrency complex – has decidedly shifted since the middle of this month in a manner that forces us to rethink many of our basic technical biases surrounding this market at present.

Chief among our concerns with EOS at this stage must be its relative weakness when compared with several other outperforming large market cap coins over the past couple of weeks.

However, those concerns would abate significantly were we to see this coin breakout above its major moving averages and challenge the $10 level following the dip that we have seen across the complex over the past few hours.

Not only would that reaffirm support and the notion of an important double bottom now technically in place in the charts, but it would lend more credence to the notion that EOS is continuing to fill the role of a potential “phase 3 coin”. 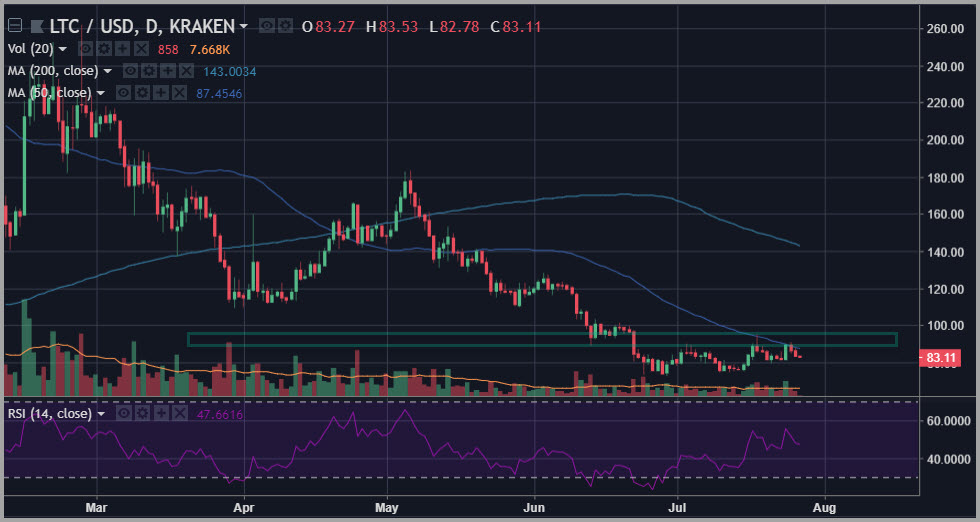 If you focus closely on the action in Litecoin (LTC) over the past month, you might see a lateral trading range with little or no upside in the works, despite a broad-based rally among many leading coins over the last two weeks.

However, this may be missing the forest for the trees. The fact of the matter is this: we have seen a number of very sharp rallies in LTC during that period – moves significant enough to make more than a major impact on a trader’s fortunes.

For example, the rally we saw right dead in the middle of this month in LTC pushed the coin higher by nearly 30% in under 48 hours. This is obviously nothing to sneeze at.

At this point, to suggest something more powerful may be in the works, we would need to see a break back above the $90 level and an increase in volume to support the notion that strong-handed and deep-pocketed money was beginning to move back in and challenge the pre-existing tone for Litecoin (LTC) in place so far this year.