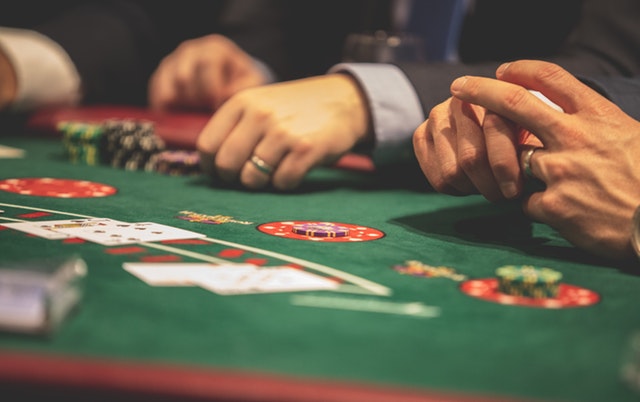 The crypto winter ended and Bitcoin is breaking through the $5000 resistance barrier and leading a general charge in bullishness among cryptocurrencies has seen more positivity in the market than ever before. However, before any talk of a crypto spring should start, we need to look at what happened during the winter.

Many different platforms were either fully released or improved upon significantly. There has been a surge of innovation and the crystallization of ideas. The market isn’t just about crypto trading or bitcoin trading; it has become more about what businesses will leverage blockchain in the best way. Investors need to look at what a coin offers beyond just being a cryptocurrency. What partners does it have, what is the long term plan and is it liquid enough?

Investing in altcoins has never been a better option than right now. The volatility index shows that the market is growing without having to rely on Bitcoin. While Bitcoin still determines and up or down trend, the altcoins do not follow this trend exactly. More and more tokens and coins are surviving and thriving on their own merits rather than riding in Bitcoin’s wake.

The four coins to follow are our pick for the top 4 cryptocurrencies most likely to give you substantial returns by the end of 2019.

Stellar Lumens is a high cap coin, sitting comfortably in the top 10 on TradingView. It is also a cheap altcoin, coming in at $0.11 as of today. What is important is what they plan on doing with the currency and the protocol. Stellar has been touted by its creators and many industry leaders as the best blockchain project for multi-currency transfers. Their idea is to tokenize industry, and they have made several strategic partnerships along the way.

Many in the industry are convinced that 2019 is the year that crypto becomes a serious player in the cross-border remittances game and Stellar is one of the leading contenders. Investing in Stellar is investing in a protocol that could be the backbone fo the future global banking system.

Quantstamp is a fully scalable security protocol for Ethereum. It basically checks that security loopholes in smart contracts on the Ethereum network are not abused. That’s what gives it a future, but there’s more here than that.

Ethereum is seen as the future backbone of the global economy. While other blockchains focus on banking (Stellar), supply chain (IBM’s Fabric) or entertainment (BitTorrent), Ethereum is for anything and everything. It will soon become interoperable with all other systems and is changing to proof of stake instead of proof of work. QuantStamp will power security on Ethereum making it the guard dog of the future global economy in many analysts eyes.

The price has been depressed because of scalability issues with Ethereum that will become non-existent when Ethereum 2.0 is released (many think this year) so the time to buy QuantStamp is now. The price will shoot up!

Litecoin is a major player in the market. It is traded widely and accepted at thousands of retailers both online and offline for payment. It is also a currency that does better than Bitcoin when the going is good, and worse when the going is bad. Some care should be exercised when buying Liteocin, but there is no doubting that it will be a great performer this year with what looks like an extended bull market coming.

TON: Telegram coming out soon, but will be one to watch

Telegram’s TON currency will have to be released in October, and we mention it here because it will see a lot of trading when it is released. Telegram values privacy above all else and its coin will promise to have just that.

Since Telegram has a user base of over 200 million people, it also has enough firepower to decentralize it’s network quickly and to offer services that very few other cryptos can quickly. Keep this one in mind for October, because it will be this year’s biggest winner.

Photo by Drew Rae from Pexels

Are XRP and Ripple Going to Be Worth Anything by the End of 2019?