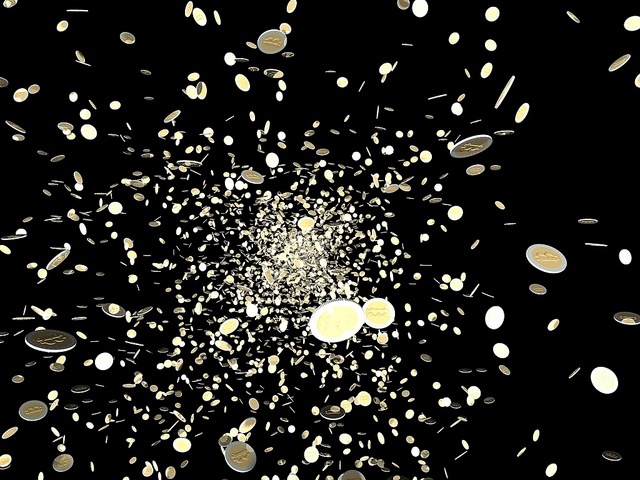 EOS project is wonderfully making its way through the cryptocurrency market. The initiative, whose primary objective is to introduce a new architecture for blockchain, is gaining a humongous ground in the market reaching some of the most outstanding results — including against strong cryptos such as BTC (Bitcoin).

The technology behind this performance is built with the intention of enabling both vertical and horizontal scaling for decentralized applications; a fact they achieve by creating sort of an operating system in which several applications can be developed.

As the company’s white paper establishes:

“The software provides accounts, authentication, databases, asynchronous communication, and the scheduling of applications across many of CPU cores or clusters. The resulting technology is a blockchain architecture that may ultimately scale to millions of transactions per second, eliminates user fees, and allows for quick and easy deployment and maintenance of decentralized applications, in the context of a governed blockchain.”

Like this, the project continues reaping success. Once again the token is heading its own peak against nothing but the strongest of the market; and as if it wasn’t enough, it may also register a two-digit price in dollars soon.

Let’s recall that EOS had a significant growth on the sturdy Asian trading market, getting to an outstanding value of $9.03 per unit. The same way the asset surpassed its past value of $5 in only just one day, a period in which it managed to get to prices oscillating between 8 and 9 dollars. To this, the daily auction too did reaction passing as well to the $8-9 territory.

As a consequence of this, price manipulations speculations increased extraordinarily, even more after EOS had decided to move its funds. It is still uncertain who are the ETH backers performing on the daily auctions, in fact, a few people believe the project could be recycling a part of the ETH collected and also making its price to grow artificially.

The project recently experienced a collection of over 30,000 ETH units on its daily auctions and even got at one point, to the number of 40,000 ETH, which would definitely have to lead to a notorious bullish behavior of its relative price.

Nonetheless, results were not that significant. In fact, it maintained relatively calmed daily amounts, and its market appreciation remains the same, so there’s a place for arousing doubts.

The EOS token won’t actually have a determining role on the network, but in contrast, it will be a very crucial piece for potential node holders. The network of the asset will develop a system composed of 21 block makers which will achieve a consent. In order to achieve that status, holders of a large-scale level might have acquired EOS already, and if not, they may be planning to acquire the asset in the short term.

Like this, with the several daily actions that still remain to happen, and with almost two months missing to launch the mainnet, the massive promotion of EOS may be changing abruptly. Currently, the majority of the EOS trades are solely speculations on platforms such as Huobi, Bithumb, and Bitfinex, but the truth is the real numbers of the network are somehow undiscovered.

In the current time, the EOS project has not created any advances beyond the DAWN 3.0. It is clear that the team is putting all of its efforts in order to construct a well-crowdy community, but for the moment it all reduces to merely hopes.