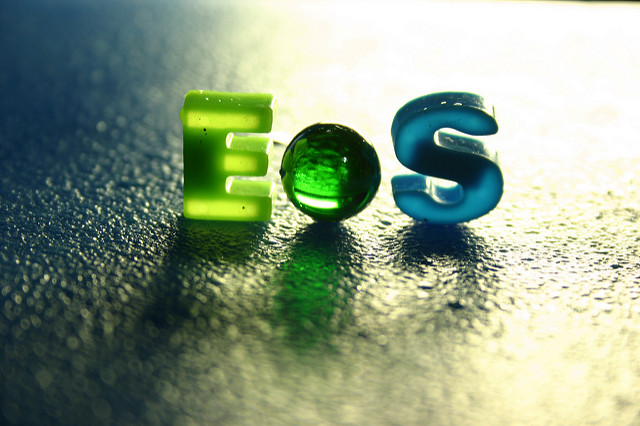 If you are keeping a track of the news, you must be aware that EOS making a remarkable comeback in the market. As per the recent events, EOS surpassed Litecoin to take the 5th spot for a brief period. As of April 18, 2018, the value of EOS stands at $8.68. After a period of depression, this notable altcoin is experiencing a steady rise.

Apart from a stable market capitalization, EOS has announced the release of a new update, Dawn 3.0. This is indeed a big reason why EOS is witnessing a positive response from crypto traders. However, there are other factors which have contributed to the recent price surge. Here’s a quick recap of what EOS has been up to this week.

EOS Gets Listed on Zebpay

Listing plays a major role in increasing the visibility of a currency.  Listed in a number of significant exchanges, EOS is regarded for its high volatility. Essentially, accessibility and visibility are answers to scalability. This is why EOS developers are keen on preparing the coin to be more accessible to the traders. After preparing for an entire year, the developers have implemented Dawn 3.0, as a part of the scalability project. In addition to this, the team has also introduced inter-blockchain communication to ensure that users don’t have to process the whole block while processing transactions.

In essence, EOS has experienced a number of exciting developments, which helped the market to restore its equilibrium ahead of the mid-April market hike. Among the recent developments, mention must be made of the new listing. As per the news, EOS is listed on ZebPay exchange wherein it will be available for live trading on the platform. Aside from EOS, Zebpay has also listed Ethereum, Litecoin, Bitcoin Cash, and Bitcoin.

Zebpay, which is available to traders on both Android and iOS operating systems, is a widely recognized for its profitable trading conditions. The most outstanding feature of this platform is its low fees; discernibly, it accommodates some of the lowest trading charges, making it an affordable destination for live trading.  Going by the figures, it charges only 0.1% for all the currencies on offer on Zebpay.

In the light of the new activities happening in the crypto world, a special mention must be made of the partnership between Wax and EOS. On April 17, Worldwide Asset eXchange (WAX) disclosed that it will develop a peer-to-peer marketplace with the help of blockchain technology, and EOS platform will play a decent role in the project.

The developing body has finalized its plan to choose EOS as the crypto partner following a close inspection of general technology, coding features, system stability, documentation features as well as the community size and activities. At any rate, EOS blockchain ticks all the boxes, whether it is customizable options and supporting features, catering to all the requirements of the WAX platform.

As per the talks, there will be two distinct versions of WAX Token; apart from the existing ERC20 version, there will also be a protocol token that will be responsible buying and selling goods using smart contracts.  Also, the protocol token will offer other unique features like sharing fees among other parties, contracts managing abilities, etc. While the WAX Token is operational at the moment, the protocol token and the blockchain are still in the development stage.

The CEO and founder of Decentral reported, “I fully support the decision by WAX to build their tech on the EOSIO platform. Since the inception of EOS, their team has focused on reducing transaction fees and improving transactions throughout.”  “As someone who supports a variety of platforms and projects, I’m confident that the decision WAX has made to align with the team from EOS has been well thought out and makes sound sense,” he further added.

Going by the price movement of the currency, EOS has performed really well in the last few days. By all means, EOS led the rally last week, rising ahead of the mid-April price boom. As EOS joins Bitcoin and other crypto winners in the upturn, the bullish sentiment returns for the currency after a temporary patch of depression. As of April 18, 2018, the market capitalization of EOS stands at $7,124,891,972.

EOS, which is trading at $8.68 at the time of writing, has witnessed a tremendous response from the trading community following the recent updates. The listing on Zebpay, along with other developments like EOS’s partnership with WAX and the launch of Dawn 3.0, constitutes as a catalyst for the price hike.

OmiseGo (OMG): Picking Up Where It Left Off