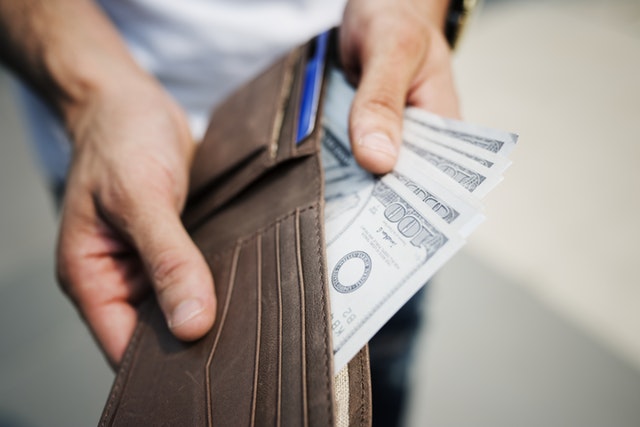 For every crypto enthusiast, trader, or investor that claims that crypto will go big in 2019, there is an equal amount (or more) of those who remain skeptical and claim that crypto is just a bubble and that the crash is not done yet. After an entire bearish year, accompanied by two major market crashes, it is understandable why people are ready for a significant, positive change. It is also understandable why investors are wondering how much worse it can get from here on.

One of the most often-discussed coins these days is Ethereum (ETH), the third largest crypto by market cap depending on XRP price. Ethereum was questioned a lot recently, especially because it lost its position to XRP in mid-November. It is also one of the most important coins in crypto history, as it brought the focus to blockchain technology and its potential use cases, instead of just focusing on being a form of online cash.

What is next for ETH?

So, where is Ethereum going from here? Will it drop to $100 and below once again, or will it rise and exceed $200 once more? Also, many would like to know whether or not it has a chance of climbing up to 2nd spot on the list of largest cryptos.

As many would expect, the answer is not clear, and many aspects should be considered. Even then, it is nearly impossible to say what will happen to ETH. While it is one of the most important coins in a decade-long crypto history and an official representative of the second generation of crypto, many believe that its technology is outdated. Ethereum has started a trend of focusing on the blockchain, creating smart contracts, dApps, and new tokens.

While its importance cannot be denied, many see it as the coin of the past, with many new coins that offer the same being a lot better. This may refer to speed, price, the number of TPS, or even the difficulty of working on the blockchain. Even though there are more practical alternatives, Ethereum has managed to remain relevant. It already has countless dApps which are used quite a lot, even though none of them went viral recently.

While there are those who believe that ETH will always be in the top, there are also many who claim that any non-Ethereum killer dApp will mean the death of ETH. This is, of course, possible, although it might not be as easy as it sounds. As many who are familiar with the crypto space already know, it is challenging for dApps to gain popularity right now. They are limited to being used by crypto enthusiasts who are also Ethereum supporters, which is a lot of people, but hardly enough to match the popularity of regular good apps. While dApps may be the future, that future has yet to arrive.

Meanwhile, Ethereum is working on improving its technology in order to adapt, and not be forgotten as soon as another project figures out the secret of success. It is working on scaling solutions, just like Bitcoin. The fate of the two coins can be massively impacted by following months or even weeks. This is not due to the fact that Ethereum has a big secret project under the rug, but rather because it is known to follow Bitcoin up and down, whichever route the largest coin chooses to take.

At the time of writing, Ethereum’s price is at $146,88 per coin, with an 8.31% growth in the last 24 hours. For now, it appears that ETH is growing, together with the rest of the market. This indicates that there is a possibility of the coin hitting a $200 mark first, although the high volatility of crypto always leaves other possibilities just as likely. In short, 2019 is expected to be the year of changes, and some of them may have started already. However, it is difficult to say anything with certainty, and investors will simply have to wait and see what will actually happen in the following months.

What Will Happen First: BTC 2k or 5k?

XRP vs ETH: Which Coin Is A Better Investment?