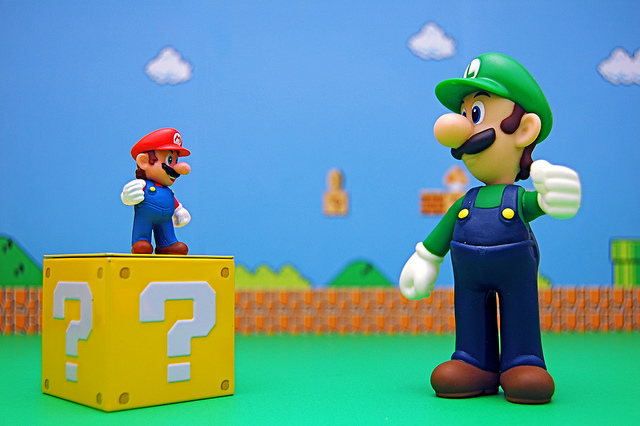 Gamers have always taken advantage of and contributed to, the technological advancements of the digital age. Necessity is the mother of invention, after all, and the games available to the public today require consistent breakthroughs in internet speeds and computing power to run as designed. But stunning graphics and lightning-fast response times aren’t the only technological areas gaming developers have championed. Having years ago created in-game markets for the trading of digital assets, the first virtual-currencies were not found on an exchange, but rather in a game. Today, a growing number of developers are ready to revolutionize the meaning of decentralization with a series of gaming platforms and their associated crypto-tokens.

Yes, the gaming community adapts quickly to new technology in the pursuit of their favorite hobby. And the blockchain is no different to them in this regard. But as investors look out onto the virtual landscape in search of a secure place to park their Ethereum (ETH), what exciting developments in the gaming industry are available for them to choose from? Three gaming platforms to watch are listed below, each representing unique niches in the expanding altcoin universe.

Boasting 250,000 gaming communities and nineteen million users, millions of dollars (USD) of virtual goods are traded on the platform each month. And with the world’s most secure digital wallet available, supporting Bitcoin (BTC), Ethereum (ETH), Enjin Coin (ENJ) and all ERC-20 tokens, Enjin (ENJ) stands ready for mass adoption by an eager public.

Enjin Coin (ENJ) is available on Binance, KuCoin, and a number of other popular exchanges.

Playkey (PKT)
Playkey owns gaming in the cloud. And if you believe what they’re saying in the chatrooms and gaming forums online, cloud gaming is the future. Playkey offers a solution to a massive problem in the gaming industry; Namely, eighty-one percent of gamers lack the computer resources necessary to play the newest PC games. Cloud gaming allows players to rent servers capable of handling the computing demands of these new games for considerably less than the cost of upgrading computer hardware.

Playkey Token (PKT) is used for all of the transactions that occur between gamers and miners on the platform. As more people play, the demand for Playkey Token (PKT) will rise, giving investors a great reason to hold the token over the long term.

If you missed November’s token sale, you can find Playkey Token on a few exchanges including Idex and EtherDelta.

Chimaera (CHI)
Finally, on this short list of gaming platforms to watch, is Chimaera (CHI). Chimaera has a key advantage to its platform of massive multi-player decentralized games: experience. The developers of Chimaera started with a proof of concept called Huntercoin. The Huntercoin experiment, deployed in 2013, created the worlds first game built entirely on the blockchain. The Chimaera platform builds upon the know-how gained from the Huntercoin experiment and plans to offer a wealth of tools for developers bringing their games to the platform.

The Chimaera (CHI) platform also promises the scalability necessary for massive game worlds and virtual inventories. Boasting of breakthroughs in their off-chain scaling, in what they refer to as Game Channels and Ephemeral Timestamps, developers utilizing the Chimaera blockchain are free to think big when creating their online fantasy-worlds.

The Chimaera token’s (CHI) pre-sale date is yet to be determined.

Gaming on the Blockchain
The gaming industry represents a growing market keen on the technological advancement of blockchain technology. From the creation of ERC-20 tokens based on a parent currency to cloud-based computing for overtaxed consumers to the achievement of scalability for massive multiplayer game-worlds, the solutions gamers find to common technological barriers will redefine the blockchain to a warming public, ready to take their first steps into the altcoin universe. And as investors ready themselves for increased public participation in the market, those wanting to stay in-tune with public demand would be wise to consider the gaming tokens listed here. Playkey (PKT), Enjin (ENJ) and Chimaera (CHI) represent gaming on the blockchain.

Here’s How Electroneum (ETN) Gets To $5