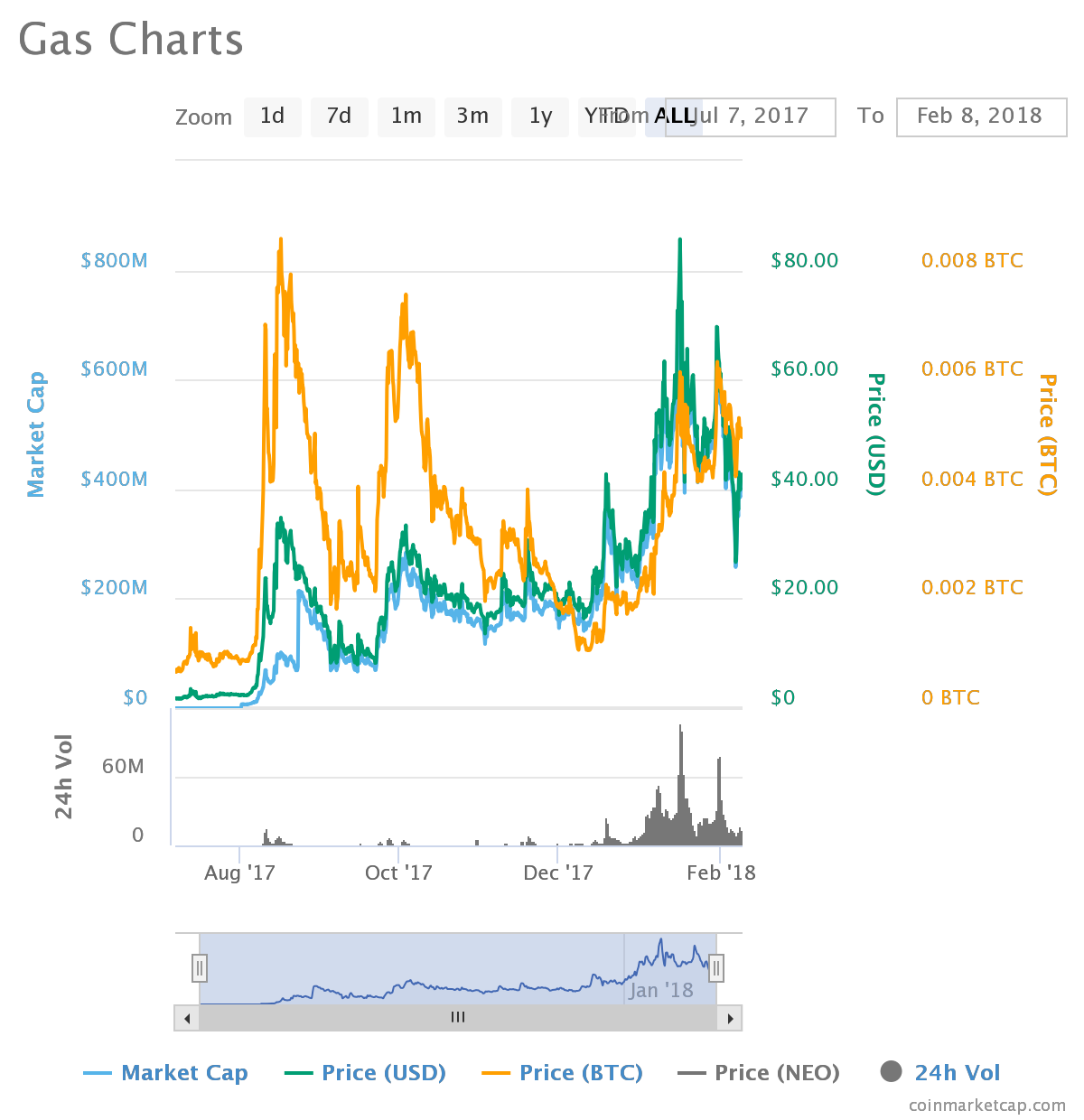 GAS might be one of the fastest growing coins available on the cryptocurrency market. Being a part of NEO community makes this coin even more desirable given that NEO represents the largest blockchain based decentralized platform in China. Neo is competing with Ethereum, making it its biggest rival on the market. Is it possible for Ethereum to get an equally bold competitor regarding both, technology and price?

Before we get onto the part where GAS is being analyzed in oppose to ETH and Ethereum network, we will make a short digression and explain what GAS token exactly is.

GAS was launched as a part of a large decentralized network called Neo, which is at the same time China’s biggest digital network operating with its coin within the decentralized platform based on blockchain technology. Neo is often compared to Ethereum as these two networks operate similarly.

One of the similarities these two platforms are sharing is the fact that both of these decentralized communities operate with more than a single coin within the network of chains, smart contracts, nodes and differently designed protocols.

So, GAS is one of the coins operating within Neo platform and coexisting with the original coin of this community – NEO token. That means that members of Neo community can trade with both tokens: NEO and GAS.

Now, there is a slight difference between the two currencies operating within Neo platform. Apparently, while NEO has been used on the platform for all sorts of transactions, trades, and exchanges, GAS is designed to support smart contract execution, representing a toll being paid for using smart contracts.

But, why exactly is GAS getting so popular?

This operational token started to grow all of a sudden when its creators announced a talk tribune for January 31st. As this token was announced within Devon and Web show conference, its price started to grow rapidly, going from 50$ to over 70$ solely over the weekend. That can’t be the only reason for having GAS gaining on popularity, right?

Well, of course. GAS experienced a series of benevolent changes in price when it was announced that Neo platform accompanied with its tokens, GAS and NEO, is going to launch a new exchange market. The market will be working on the Neo platform, that way allowing this decentralized ecosystem to trade with coins under its exchange market. The network will be called Neon Exchange (NEX), and the developers have already announced a huge event about it that occurred on January 29th, just a couple of days ago.

Although the launching of NEX is announced, we will still have to wait the final date of launching to be announced as it still not clear when will this happen.

As far as the Gas’ price concerned, this token is currently being traded at 52$ per one coin after a minor decrease this token had in the past 24 hours. GAS didn’t enter February with its all-time high, but in case the recent decrease is the biggest rate of drop we will see in the following months, GAS is going to be more than just okay.

How will NEX operate?

NEX is not only launched to allow you to trade and make transactions with NEO and GAS tokens. This ICO is also going to allow all Gas and NEO holders to use their Neo supported tokens to buy other tokens that exist on top of Neo blockchains. That means that all holders will be able to use GAS and NEO tokens for buying other tokens within NEX. So, instead of having to buy BTC and ETH to buy other coins, all NEO and GAS holders will be able to make exchanges within NEX by first purchasing Neo’s main tokens.

This is a huge thing in the world of digital coins. That is because you would be able to buy NEP5 tokens within NEX instead of troubling with purchasing individual coins for different DAPPS you are using. NEX would initially allow you to use GAS and NEO directly for powering any smart contracts and any DAPPS you have interest in.

In case everything goes well, GAS and NEO along with their paternal platform are promising to become one of the most significant tokens on the market.

Mysterium (MYST): What is Mysterium and Why Should You Care?