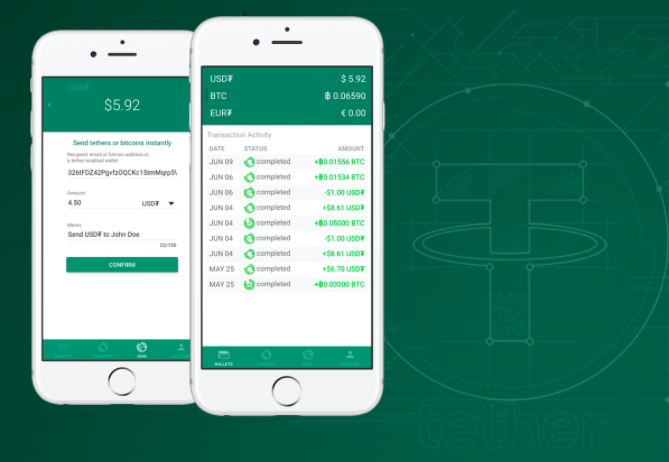 That’s right, USDT did more than $2.06 billion in volume since this time yesterday, or the equivalent of just shy of 185,000 BTC.

The coin is currently ranked number 23 by market cap over at CoinMarketCap, with a total capitalization of $2.25 billion – up more than 400% since the start of November last year.

So what’s caused the sudden influx of attention and, in turn, volume?

Concerns are spreading that Tether isn’t backed up as the company behind it suggests it is and, in turn, fear, uncertainty and doubt (FUD) reports are hitting press, with some highlighting the potential for a market crash of up to 80% in the value of bitcoin. Any 80% crash would no doubt translate to a considerable amount of collateral damage in the wider cryptocurrency space meaning that this potential event is far from limited in its impact to those holding bitcoin.

The thing is, there’s a lot of talk, but most of it is exaggeration and some of it is outright nonsense.

First up, for anyone new to Tether, it was set up as a pin to the USD that allows exchanges that don’t want to have to deal with the regulatory nightmare that is dollar-pair trading but that wants to offer its users the opportunity to trade crypto versus the dollar.

In short, the exchanges in question (and we’re talking some big names here – Bittrex, Poloniex, etc.) offer USDT/BTC, USDT/ETH etc. instead of USD/BTC and USD/ETH.

It’s a neat solution but it rests on one important assumption – that the amount of Tether that’s in circulation is equal to the number of US dollars that the company behind the token, Tether, has in its reserves. Tether can’t (or shouldn’t, at least) issue USDT without having USD to an equal amount to back up the issue.

This week, the company announced that it has severed its relationship with an entity called Friedman LLP, which is the company’s (or at least was the company’s) audit firm and, in turn, was the firm tasked with ensuring that Tether has the USD in its bank account to back up the USDT that it’s issued.

This severing of relationships has sparked a return to speculation that Tether’s USD holdings fall short of the number of USDT issued, which has led to reports like this and this hitting press. The fear is that if Tether is revealed to not be able to back up its USDT issue count, the price of BTC would be seen as artificially inflated and/or the exchanges that use Tether would be steeply exposed to an asset (USDT) that is, in reality, worth a fraction of its current pricing.

So why is this not a big deal?

Well, first of all, because there’s no indication that Tether doesn’t have its USD holdings in place. In September last year, the audit company that just severed ties with Tether reported here that the company had just shy of $443 million on its balance sheet.

Second, because even if there was some discrepancy, the impact would likely be far less than 80% dip in the price of BTC. Indeed, when you look beyond the headlines, even the major FUD articles suggest an impact ranging between 30%-80% and when you consider how much volume is tied to USDT, it’s likely to be far less than that – in and around 15% if USDT collapses altogether.

So what’s the opportunity here?

This is a buy the dip trade. As these reports compound uncertainty, we could see numerous dips in the market cap of certain coins, especially BTC. Each of these dips represents a chance to buy cheap coins.

And if things do unravel, the 15% correction is an even bigger chance to do the same.

We will be updating our subscribers as soon as we know more. For the latest on USDT, sign up below!

MeshBox Is Trying To Connect 3.5 Billion People To The Internet