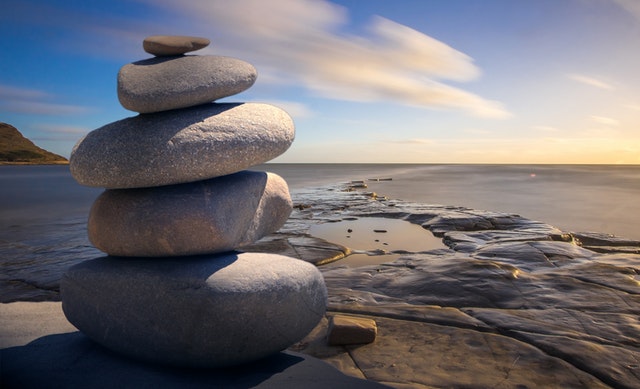 After the recent Tether (USDT) incident, a lot of investors started paying more attention to stablecoins. However, they were quite popular long before USDT started losing its value, and a lot of new ones were in development for a while now. These days, the stablecoin invasion is in its full swing, with around 57 coins being around — either already in circulation, or about to enter.

While most crypto investors already know this, we should explain that stablecoins are cryptocurrencies that are backed by another asset. This other asset is often a fiat currency, such as the USD. This is done so that their price would always be the same. with each coin being backed by the same amount, which is usually $1. That way, the coin is able to escape volatility, and ensure stability, hence the name.

While there were numerous stablecoins in circulation already, the one that made them known and popular was Tether (USDT). This is a coin issued by the Tether company, which claims that it can back each coin in circulation with 1 USD. However, since the company failed to provide proof that it actually has enough money to do so, the coin lost its credibility, and investors started dumping it.

This has left an empty spot in the space, and numerous stablecoins rushed in to fill the gap left by Tether. Today, we will review some of these coins.

Tiberius Coin (TCX) is a stablecoin issued by a Switzerland-based Tiberius Group AG. This is a large and known trader of commodities and asset manager, which issued the coin almost two months ago, on October 1st. The coin is rather unique, even for a stablecoin, since it is not backed by a single asset. Instead, the company is using 7 precious metals for backing it up, This includes Gold, tin, aluminum, nickel, platinum, copper, and cobalt.

The company’s CEO, Giuseppe Rapallo, stated that the reason for this is diversification, which is supposed to make coin more attractive, as well as more stable. At the same time, purchasing the coin will be just like investing in said metals, as well as in technologies that depend on them, such as electric cars, robotics, solar power, the AI, and more.

USD Coin, or USDC, was launched on September 26th, 2018, as a joint effort of the CENTRE open-source consortium and Circle Internet Financial Ltd. As the name suggests, this is a dollar-backed coin, just like Tether. It was made on Ethereum’s network, and it can be traded on numerous exchanges already.

The two companies understand what Tether did wrong, and they aim not to repeat the same mistakes. Considering that stablecoins are something of a bridge between crypto and other assets, they have to be legitimate and trustworthy, with open standards and transparency that will provide investors with security. This is why USDC keeps no secrets regarding their funds, and can confirm that each coin is fully backed by $1.

Launched on September 10 this year, Gemini Dollar (GUSD) comes as a new project of the Gemini Trust Company. This is a well-known cryptocurrency exchange and custodian which is run by the Winklevoss twins. The twins stated that they are excited to bring this project to life, especially since it aims to combine stability and trust associated with the USD with technology and power of blockchain.

This is another stablecoin that has learned what not to do by watching Tether, and each coin is backed by $1, with the money being held at State Street Bank and Trust Company. In addition, every month, the deposit balance is examined and confirmed, so that the Tether incident can never happen with GUSD. At the time of writing, this stablecoin is already listed on numerous exchanges, including HitBTC, Bibox, DigiFinex, BTEX, and more.

LBXPeg is a stablecoin issued by the London Block Exchange on September 29. This is the first stablecoin to ever be backed by the GBP, with each coin being backed by one pound sterling. The LBX issued a press release recently, stating that they will allow users to transfer their coins quickly and easily anywhere in the world via the decentralized network.

Furthermore, money transfers will be traceable, trustless, and safe, which is why numerous other use cases are expected to arrive as well. Users will be able to pay for goods and services, create smart contracts, and more. In addition, the company is using ETH blockchain for creating, distributing, and managing the coin.

Finally, the coin is an ERC-621 token, which means that it will have enough flexibility in its total supply to match the amount of GBP held in their bank account. The company also announced plans to issue their stablecoin on other blockchains at some point and to tie the value of the coin to that of other currencies, such as the US dollar and Euro.

5 Reasons Why BAT is A Good Investment