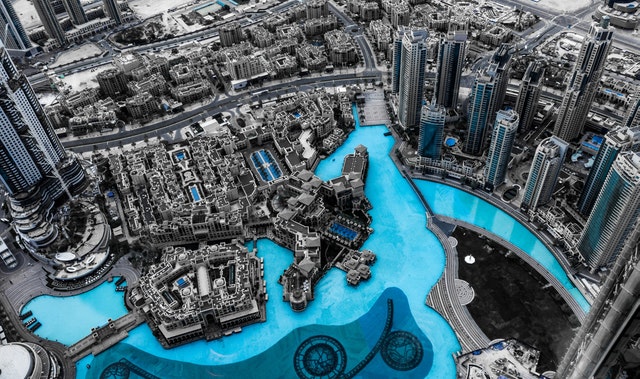 2018 has been a pretty bad year for digital coins, and after the initial market crash that occurred a year ago, everyone was expecting a bull run that will fix things. Obviously, it never arrived, and instead of that, all that crypto market experienced was an entire bearish year and another crash in mid-November.

Now, however, it is a brand new year, and attempts to shake off the bears’ grip can be seen even in these first two weeks. The market is still struggling and mostly losing value, rather than gaining, with most coins being in trouble once more. Still, a lot can happen in a year, and most investors remain optimistic regarding 2019. Here are some of the coins that are believed to have tremendous potential, and to be the hope of this year.

Of course, Bitcoin comes first. This is the first cryptocurrency which is still dominating the market, with no other coin being even close to its market cap or price. BTC is the coin that has reached the most prominent heights, and it also lost the most in the previous year. However, there is still hope, as there are several projects and events scheduled for this year that might turn things around for the number one coin.

One thing that is expected is the approval of Bitcoin ETFs by the US SEC. The SEC has received numerous requests like this over the years, and they always denied it for various reasons. However, experts believe that things are going to change in 2019, and if so, this would be a big game-changer for Bitcoin itself, as well as the entire crypto world. Other projects that may prove to be extremely beneficial for BTC include the Bakkt futures exchange, scheduled to launch on January 24th, the potential launch of Bitcoin’s Lightning Network that is supposed to resolve scalability issues, and alike.

Due to high volatility regarding the prices of most coins, it is of no surprise that 2018 brought a lot of popularity to stablecoins. Until recently, most people were not particularly excited about stablecoins, believing them to be nothing more than a digital form of fiat money. However, they gained attention when the market crashed, and the prices of most coins went down. In this situation, having a coin that doesn’t lose value can mean a lot to an investor, and so they decided to go to the largest stablecoin around, Tether (USDT).

However, Tether refused to provide insight into its bank accounts and confirm that it has enough money to back all of its coins. This has made many people suspicious about it, and they decided to abandon the coin, instead of having a worthless token. The downfall of Tether allowed many other stablecoins to emerge, with the most popular among them being USDC. Now, USDC is not making the same mistake as Tether, and while it is still far behind it, USDC is rapidly approaching USDT. It is possible that in 2019, it will finally take Tether’s place, and the top 10 list of coins will get a valid stablecoin.

Finally, there is TRON, which has just recently climbed the list of the largest coins by market cap, and it currently sits at 9th position. TRON has been extremely successful in 2018, especially when it comes to launching projects, entering partnerships, and getting listed on various exchanges. The coin’s creator, Justin Sun, is sharing new progress with the coin’s community on a daily basis, and it is always some sort of good news.

TRX even managed to break Ethereum’s record in the highest number of transactions per day due to the popularity of its dApps. All in all, TRON is slowly setting up the stage for its future dominance, with the main goals being to decentralize the web and revolutionize entertainment industry. While some are quick to say that TRON is nothing but hype, it is undeniable that the coin is making progress, and that it has become one of the crypto community’s favorite.

Reasons Why 2019 May Be A Great Year For Crypto

Do or Die: 3 Crypto Projects that Really Need to Deliver Soon