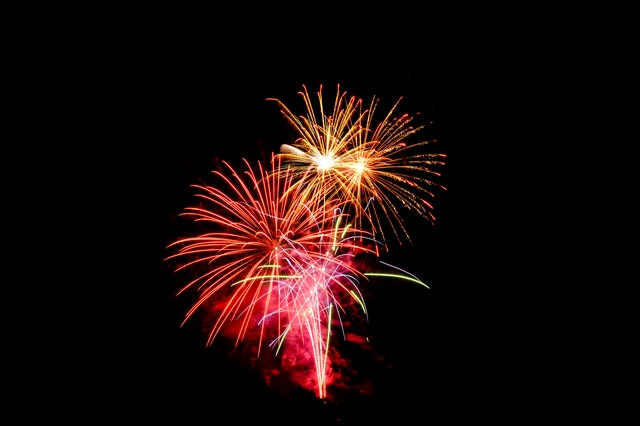 The new year was always considered to be a time of new beginnings, where people can reflect on the past and learn from their mistakes in order to be better in the future. The same is true for the world of crypto, and investors around the world are hoping for 2019 to be better, more profitable, and to have more success than 2018.

The hope for the future is even more important when we consider all the negative development in 2018. There were numerous high-profile hacking attacks, two market crashes, with a strong bear market in between. Not to mention that some of the biggest projects that may have brightened the year a bit ended up being delayed.

With that in mind, it is understandable why investors are looking forward to the new year and all the potential development that it may bring. In fact, there are several reasons why they should be excited about 2019.

1) Bearish market to loosen its grip

The first reason why 2019 can be a good year digital currencies is that it may finally break free of the bearish grip that has been felt ever since last January. Following the first market crash, the bears settled in, and the prices kept falling for an entire year. The market attempted to shake off the negativity on several occasions, with the biggest one being in May 2018.  However, the downward trend returned every time, and it still affects the coins, even now.

Some analysts believe that this is a natural part of the crypto cycle, which coins appear to follow if left alone and not influenced by important events. The cycle brings positive and negative trends equally, and according to complex calculations, it is possible that the bearish influence will soon disappear to be replaced by a new rally. It should also be noted that researchers have predicted another big drop before this happens, however, but the start of a new bull run could definitely be seen at some point in 2019.

As most people familiar with the crypto space are already aware of — scalability is quite a big problem for a lot of coins. It has been ever since Bitcoin was created, and it mostly affects the old coins with the most influence. Bitcoin, for example, suffers from scalability issues more than any other coin, Even now, it can only handle several transactions at once, which leads to long waiting periods for new blockchain-based payments, as well as larger fees.

Fortunately, solutions for scalability problems have been in development for several years, and one of the most promising ones is Bitcoin Lightning Network. When the development is complete, BTC blockchain will receive another layer where traders can make smaller payments without having to record them on the blockchain. The number of transactions will be significantly reduced, and the chain is expected to be able to handle the rest of the transactions with much more efficiency.

Cryptocurrencies managed to come to life and develop to this point without any support from the banks, governments, or large companies. While this is an impressive feat, the lack of support and involvement from established institutions is a large problem on digital currencies’ way of going mainstream.

Attracting this type of support means getting institutional investors interested in crypto. However, they will only approach the crypto space if there are safe ways for them to trade. The lack of proper banks and regulations, combined with high risks of losing their funds to hackers and vulnerabilities has prevented investors from wanting to hold crypto themselves. However, if they could benefit from cryptocurrencies without actually owning them, most of the issues would disappear.

This is why Bakkt Bitcoin Futures exchange and Bitcoin ETFs are so important — they can encourage institutions to join the crypto space, and invest in it. Since institutional investors are known for having the majority of money used for investments, the cash flow alone could be the cure for some of the issues crypto has right now. And, while this was already supposed to happen in 2018, several delays have brought the launch of Bakkt and BTC ETF approval to early 2019.

What Changes May the Crypto Space Experience in 2019

3 Coins with the Largest Potential in 2019