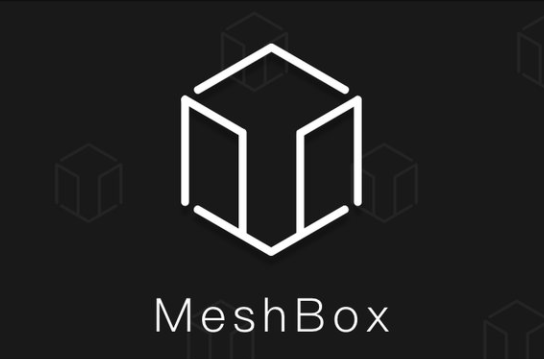 Back on December 16, 2017, Ethereum Founder Vitalik Buterin weighed in on the Net Neutrality debate through a series of Tweets. The gist of Buterin’s argument was that VPNs wouldn’t help users overcome bandwidth restrictions because ISPs can just treat VPN traffic as unknown and throttle anything flagged as such.

The one solution to this situation, however, Buterin states, is the employing of and the full-scale adoption of mesh networks.

But I am not here today to make a claim about how likely that is. Rather, my claim is that VPNs don’t help. The one solution in the decentralized space that could help if anything at all would be full-scale adoption of mesh networks.

For those not familiar with the concept of a mesh network, it’s a network comprised of nodes that connect directly to one another, allowing for the creation of a network that allows for data routing (between nodes) without the necessity for external input.

Right now, some people use a mesh network in their homes to expand Wi-Fi coverage. This is very much just one small part of the mesh network concept, however, and a number of companies are working to develop mesh networking into something that could change the way global networking is structured, in line with the end-game that Buterin describes in the above Tweet.

One of these companies is MeshBox.

But MeshBox isn’t just trying to build out the mesh network space – the company is taking the concept and combining it with another bleeding edge technology, the blockchain, to build a solution to the circa 3.5 billion individuals spread across the globe that have little or no internet access right now.

So how does it work?

There are two parts to this technology and MeshBox is one of them. It’s a physical device (shaped, unsurprisingly, like a box), that can be solar powered and that can serve as a central node in a mesh network. The MeshBox can be put anywhere a network is required and can connect to devices (smartphones, IoT hardware, that sort of thing) and act as a central gateway to internet connectivity for these devices.

The second part is called SmartMesh and it’s analogous to the TCP/IP type protocol that serves as the functional layer of today’s protocol/router type setup.

In other words, MeshBox is the equivalent of a router that runs a SmartMesh protocol as opposed to a TCP/IP type protocol.

All this is a bit jargony, but the concept isn’t that difficult to grasp. Say, for example, there’s an island in the Pacific Ocean that doesn’t have reliable communications infrastructure, meaning inhabitants can’t gain access to the internet. If the island gets one or more MeshBoxes, spreads them around and connects one of them to the internet, the boxes (and the network they create using the SmartMesh protocol) can be connected to by mobile devices or computers of the island’s inhabitants and, in turn, can serve as a gateway to the internet for said inhabitants. The same inhabitants can also use the boxes as a sort of private network, sharing content and data between one another without internet connectivity.

So where does blockchain come into it?

Well, this is what sets MeshBox apart – because the technology is rooted in blockchain tech, the hardware is able to employ token transfer and facilitate microtransactions, meaning users can be charged for their access, content creators (i.e. those who create and share content across the MeshBox network) can charge for their content, etc.

The key takeaway is this: there are hundreds of blockchain projects vying for investor capital and attention right now but very few, if any, have the potential to solve a problem as large as that which MeshBox is going after. The company has a top-tier leadership team behind it and an aggressive, but at the same time, achievable, roadmap and is about to raise capital through an initial coin offering (ICO) to help fund progress towards the above-outlined aim.

We will be updating our subscribers as soon as we know more. For the latest on MeshBox, sign up below!

TRON (TRX): On the Top of Its Own Game