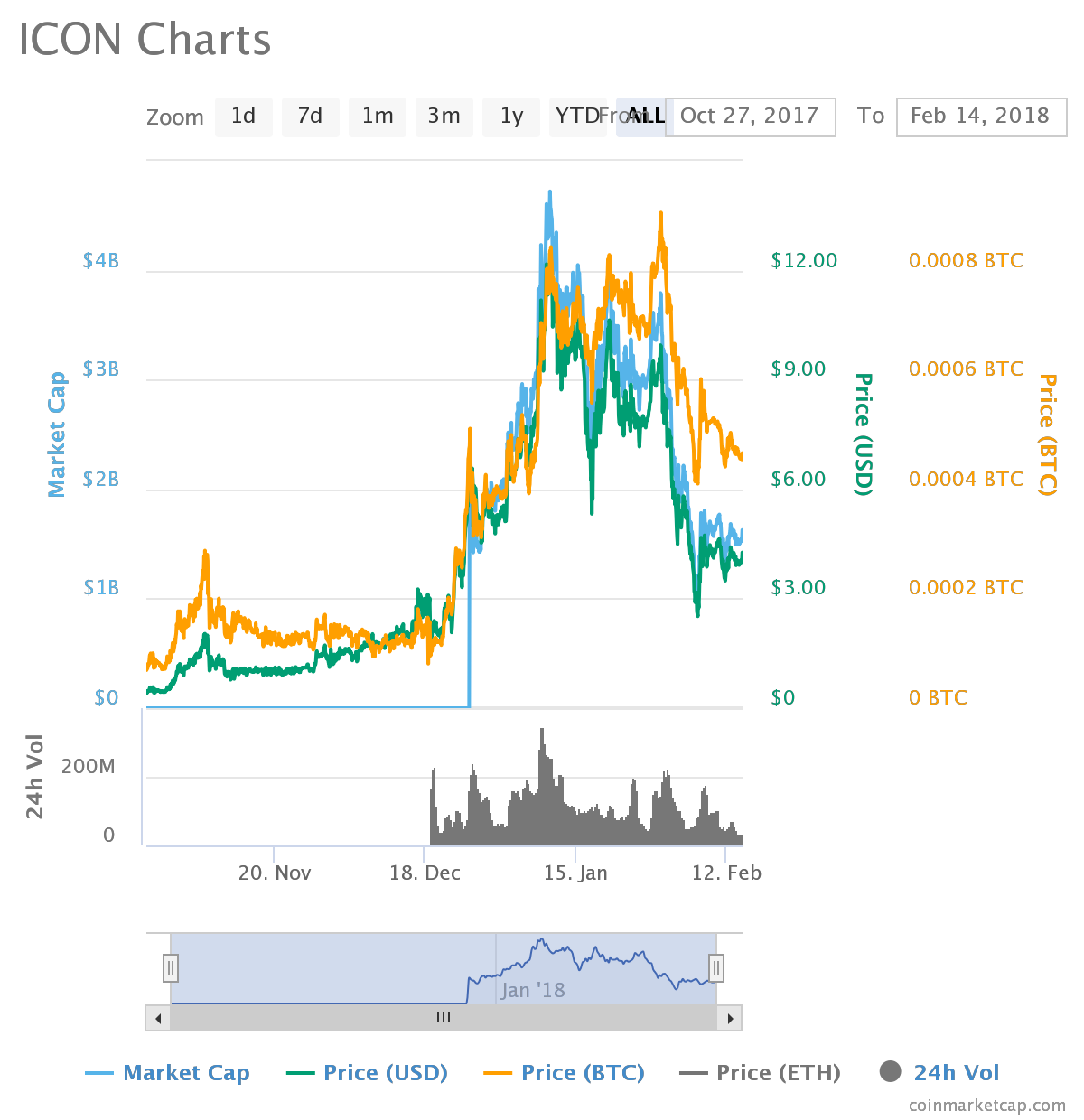 Icon, otherwise known as ICX was trading as non-existent only 200 days ago – and look at it now! This coin is steaming hot thanks to the latest rise in price that Icon has gone through. On the market where you can fly up to the top and go back to the bottom with a single drop, staying stable can be a hard thing to do. So, what is installed for the Icon Project ICX and what is going to happen with this token in the following months?

A few words about Icon Project

What might be the most interesting thing about Icon Project is the fact that this platform along with its main token of value, ICX, is using a bit different type of protocols. The way this system works probably helped this token stand out from the crowd of tokens in the first place. Apparently, ICX is using a blockchain protocol called the loopchain. The loopchain has a very simple, but in the mind of a programmer at the same time a very demanding task.

Since the main idea behind the Icon Project is to make a network out of different blockchain ecosystems, these loopchains play a very important role in this project. The main idea behind this project is to create numerous systems based on blockchain technology that would host many different industries at the same time. That is how loopchains came into the story – the idea is to help those separate systems “collide” and get in touch with demand. The loopchains would enable communication, transition and transactions between these different ecosystems.

All ecosystems are hosted on the same platform but different networks of blockchains. That is how loopchains enable all users to get in touch with other systems within the platform.

It is said that many of Korea’s industries, companies and universities are already using Icon Project as their platform of choice. The good thing about this type of system is the ability to create a large market of services and products and have them separated into smaller systems but still connected and interfering thanks to the existence of loopchains. That way you can have categorized smaller platforms within one large decentralized ecosystem.

You can surely conclude that the Icon Project is aiming high because just like Ethereum and Neo, along with other several but rare platforms, this platform is using smart contracts. If you have been following up with Ethereum and NEO, you know that smart contracts exist for the purpose of creating fast and simple, cost-effective business deals, sales, money lends, and so on.

Anything you can think of that revolves around being bought, sold, agreed upon or borrowed can be easily concluded on legal terms with smart contracts.

All systems have also enabled transactions that can be performed outside the initial industry system you belong to as a member. That means that each different system within the blockchain platform can perform actions like fast transactions and smart contracts usage.

So, let’s say that you are a dentist and you need to make a quick transaction and buy something from a medical supplier – you would be able to easily interfere with other industries within the platform and make transactions with members of other industries’ sectors. And, the loopchains Icon Project is working on would be the thing responsible for such a functional blockchain system.

Where is Icon Project at Now?

As we have already mentioned, Icon was dealing with non-existent 200 days ago, but now ICX is being traded for a lot more than 0$ per one unit. Who could have predicted that, right? If you were able to predict that ICX will be dealing at the current price of 4.5$ per one unit, you would probably buy it 100 days ago when this token was still dealing at 1.8$ per one token. From that point, the ICX has grown up to being traded at 11$ per one coin.

Even if you have bought it back then. You would be probably disappointed because after reaching the price of 11$ per one unit, ICX fell for over -57% in the last 30 days.

But now, after the initial massive fall and a couple of more drops that followed up, ICX seems to be back again.

With the latest change, ICX token has experienced a major rise in price that totaled 11% up against the dollar. After all rises and falls, ICX is now being traded at 4.50$ per one unit. Not a bad comeback, right?

You surely know that Korea is among the top five countries when it comes to succeeding in development of Communication Technologies, also having one of the largest economies in the world as ranked at 11th place on the global economy list. This is a huge deal for Icon Project as well. It is more than obvious that the developers behind this project are taking Icon very seriously, so you can immediately tell that ICX can come to the point of obtaining a massive success.

However, you can never exclude a factor of fortune when it comes to digital coins – all coins may rise quickly and drop down even quicker  – let’s hope ICX will only be experiencing rises with an occasional drop here and there just for the sake of keeping things turbulent.