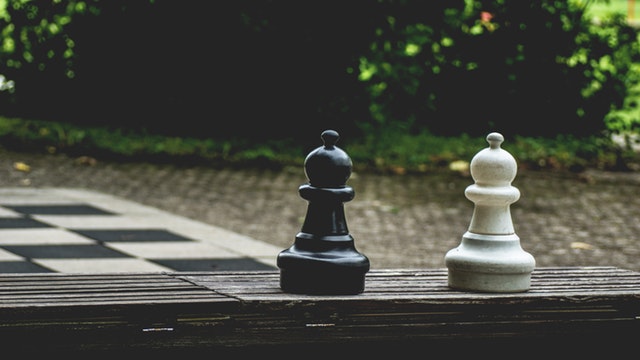 ICON, currently ranked as the 22nd currency on the global coin ranking list, has surely been stepping up its game lately and living up to the expectations of a commonly popular nickname for ICX, Korean Ethereum. There are several self-proclaimed “Ethereum Killers” competing with the best platform in the market and the second-best crypto, Ethereum. However, although not aiming at competing with its peers as stated by the team behind ICX, ICON platform seems to be one of the rare blockchain-based platforms that can actually compete with Ethereum, thanks to the unique system that the team behind ICX has implemented into the system of ICON platform.

Now when it’s been almost a year since ICON has been launched as an ICO, here are all the reasons to consider going for ICON platform as your network of choice.

ICON Has Come a Long Way Since it Was Originally Launched

According to the mentioned team member, ICX was nothing more than “just another ICO” back at the time when they had nothing but big dreams, a website and their ICO waiting to go live with trading.

Now, we can see a completely different picture, as ICON was apparently made to thrive in the crypto market, which, in a great portion, made the nickname “Korean Ethereum”, completely justified as Ethereum network poses as a model for the majority of assets with native platforms, mostly due to the revolutionary use of smart contract technology which allows the creation of Dapps, different types of bonds and contracts, as well as the needed tools for developers to make their own ICOs and blockchain-based projects.

Now, ICON represents a valuable and efficient network that allows its users to use smart contracts for making their own projects, which in a way resembles Ethereum. However, ICX platform is unique due to the fact that this network’s main objective is to connect the mentioned projects while interconnecting all sorts of blockchain-based projects, assets, and ICOs.

One of the greatest advantages of the ICON blockchain network is the fact that ICX makes up for an “all-in-one” ecosystem that represents a smart combination of peer-to-peer network, smart contract utilization and creation, and consensus algorithm.

With this combination, ICON has acquired a massive technological potential that can be reflected in the fact that there are numerous investors interested in Korean Ethereum, given the fact that ICON can make up for a groundbreaking technology for hyper connecting people and business, with an easily scalable ecosystem for different industries, including financial industry, medicine, education, insurance and more.

In addition to promoting a groundbreaking technology when it comes to creating a perfect (or near perfect?) blockchain network, ICON stands out from the crowd due to the fact that smart contracts on ICX platform are running without the need of the VM, while simultaneously supporting live transactions with the support of LFT and BFT protocols.

That is how ICON presents yet another reason that could help an indecisive investor or a crypto enthusiast to make up their mind and go for ICX platform. Given the fact that this P2P network holds a massive potential for all sorts of different industries, ICON has acquired more than a couple of strategic partnerships that could sky-rocket this ICO above and beyond its current spot on the list.

Besides from having been partnered up with Samsung, thanks to the unique system of identification, called Chain ID, ICX has acquired many important partners, including Japanese corporation called LINE, Wanchai, and Hyundai.

As these partnerships play a crucial role in the further stages of mass adoption for ICON, the mentioned partnerships make up for yet another reason why ICX represents one of the most promising networks currently available in the market. LINE, the mentioned Japanese company solely has over 200 million users, each potentially representing an ICX holder with this latest partnership.

How is ICON (ICX) doing at the Current Moment?

After the latest change in the market, ICX has started to trade in the red once again after a brief pause that didn’t last for long.

That is how we can see ICX dropping against the dollar on June 2nd, which once again shows a sluggish trend that has been continuously adopted by the majority of currencies since the great market dip.

Following the latest change in the market, ICX can be traded at the price of 2.71$ per one unit, as it dropped by -0.82% against the dollar, which is, in reality, a rather small decrease.

ICX has set a record price of over 12$ per one unit back in January, while it would be hopefully able to get back to its all-time high in the following months.