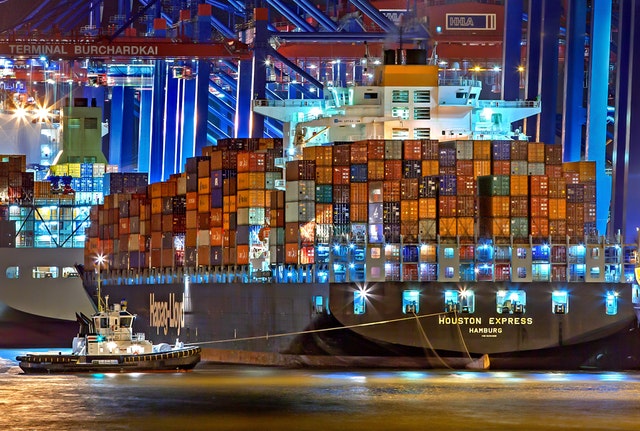 ICON seems to be moving forward with acquiring new partnerships and leading a pretty successful token swap while carefully watching over a token migration. The ICX team launched their own main net back in January leaving the Ethereum chain and seeking ultimate independence, as seen with EOS, TRX and several more currencies including DeepBrain Chain.

Since then, ICX has been working on hosting a successful token swap that should meet its end by September 25th of the following year.

ICON and the ICX Token Swap

As more and more currencies are moving from shared chains to going forward with releasing its own main net, ICX has been on the train to this market trend since January of the following year of 2018 when ICON released its own main net, that way leaving Ethereum chain.

The team ICX has gone forward with updating the public with how the things have been going with the initial token swap that started back in January at the beginning of 2018 when over 90% of currencies have marked their record prices.

It isn’t a strange case to encounter problems during token swaps and main net migration (remember EOS and the tension revolving g around their main net launching/token swap), as sometimes directions come as partially understandable or unclear to those users who are not as tech-savvy.

However, it seems that the migration of millions of dollars in ICX has been going on pretty smoothly in accordance with the team, while the ICX holders have confirmed the mentioned announcement.

Although launched back in January, the initial process of swapping ICX for ICX tokens started off a couple of days ago, marking the official start of the token swap on June 20th.

At this point, the exchange platforms that are able to support this token swap are Bithumb, Binance, and Upbit, so all holders will be able to have their tokens swapped on the mentioned exchanges by September 25th, when the token migration should be officially concluded.

ICONex Wallet to Support the Migration

Beside from having the above-mentioned exchange platforms supporting the token swap of ICX, in order to support the migration of their tokens and make the swap as smoothly as possible, the ICON foundation will be using their previously released wallet, ICONex.

ICONex was presented to the public back in February, as a digital wallet designed for keeping ICON units alongside with other supported cryptos.

Besides from its main purpose of keeping the coins safe, ICONex will serve the purpose of supporting the token swap of ICX native tokens starting from June 25th.

As far as the supporting exchanges concerned, Upbit, Bithumb, and Binance have frozen ICX for withdrawals and deposits for ICX.

Binance has stated on this matter that the ICX deposits and withdrawals will be enabled once the new main net of ICON foundation is proven to be safe and secure for live operations with native ICX tokens.

The safe period on the mentioned exchanges should end with the token swap finish by September 25th.

ICON has been working on acquiring new partnerships for the past 30 days, and that is how the team ICX has made some strategic moves towards getting support for their network as well as joining the prediction market with the Qtum-based Bodhi Prediction Market.

Besides from joining the Qtum based Bodhi prediction network that uses blockchain technology for creating predictions of all sorts, the team ICX has also joined hands with Deloitte at the beginning of June when the two parties signed the memorandum of understanding, which is another strategic partnership for ICON.

Deloitte has already worked with over 30 different blockchain projects, and their collaboration with ICX will be based on promoting, developing and commercializing blockchain technology and of course ICX.

Another company set to provide strategic support for ICON is Carboneum, which is another one of their newly acquired partnerships.

Carboneum is a blockchain-based social trading platform, and as such will provide the needed support for the further development of ICON.

At last, back in May, ICX partnered up with Line, which is an Asian-based social network for messaging. With Line, ICON foundation will be pushing the project called Unchain.

With Unchain, Line will be operating on the ICX based network where Line will reward their users by deploying decentralized applications, news feed, games, messaging and chatting, shopping and allowing digital payments.

With around 200 million users actively using Asian Line, this messaging social network makes up for a perfect strategic partner for a blockchain project like ICON.

With the new wave of drops, ICX is showcasing another round of trading in the red, this time dropping by over -5% against the dollar.

With the latest change in the market, ICX can be traded at the price of 1.77$, that way showing a better situation in the market in oppose to the case on June 22nd.

After a Reprieve from US regulators, Billionaire Ethereum Co-founder now looks to China