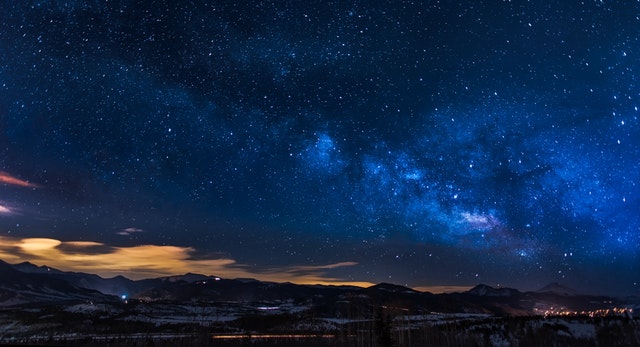 DeepBrain Chain is known as one of the digital assets with a strong focus on Artificial Intelligence, which makes it an integral part of the general development of blockchain technology. Although ranked below the top 100 best currencies while holding the 125th spot, DBC is still working on paving its way towards progressing in the market of AI and blockchain technology.

The DBC team announced the Skynet project several days ago, presenting the project as a base for their upcoming main net. This is needless to say the biggest change that DeepBrain Chain has initiated.

If you are a fan of the movie Terminator, you might remember Skynet as an ominous thing, however, DBC team has announced several days ago in an official press provided in San Francisco that they will be activating the project they have announced as Skynet “recruiting AI computing power” from around the world.

The CEO of DeepBrain Chain has gone forward on June 19th, with announcing that the DBC team will be activating Skynet project, stating that Skynet will lead to the next stage of their development, the launching of DeepBrain Chain.

Although dropping due to the latest trend in an already sluggish market, DeepBrain Chain is seen on June 22nd as it is dropping by over -15% against the dollar at the time of this writing, showing that sometime even great news can’t pull you out of a stubborn market trend.

The team DBC has also stated in their official release that their team R&D have “successfully run 3 different AI training models”, which occurred on June 3rd, as tested on their own test net for the first time.

That is how the DeepBrain Chain team went on with recruiting computing power for AI around the globe in order to create a functional ecosystem of end users that would be able to assist in the testing of the DBC test net, prior to having the main net launched.

The DBC team also added that it is pretty important to note that DeepBrain Chain is aiming at making AI computing g power less expensive, while adding that although there are more than several artificial Intelligence computing platforms, they are all too far away from the reach of small-sized and medium-sized enterprises that are dealing with AI operations.

The team further added that DeepBrain Chain could reduce the costs of AI computing power for small enterprises that spent around 30% of their budget on AI computing resources, to the amazing 70%.

That is how Skynet computing AI makes up for a crucial part of the development of DeepBrain Chain’s own main net.

DeepBrain Chain and the Test Net: What is Skynet?

Skynet represents a pretty bold move that was initiated by DBC as a project that aims at revolutionizing the industry of distributing and collecting AI computing power while having the goal of democratizing the way small and medium-sized AI-based companies are getting their needed share of AI computing power.

Skynet thus makes up for an AI recruiting computing power project that will consequently lead DBC to their own main net.

In the meanwhile, Skynet will be aiming at collecting computing power as well as working with test net prior to the launching of the main net that was marked as incoming.

Although the team has already tested their test net internally, marking the testing as successful as they have managed to successfully run 3 models in the terms of machine learning, DeepBrain Chain will be activating Skynet in order to bring the testing to the global level where many testers will be sharing their computing power in order to get the most out of the DBC test net.

DeepBrain Chain also stresses out the fact that the services of AI that are to become available on their main net after the testing of the test net and the successful recruitment of AI computing power with Skynet, should allow users not only to reduce the cost of AI computing power for their projects but also to extract numerous benefits, which also includes maximal data security and the increased accessibility of AI resources for small and medium-sized enterprises.

While adopting the latest market trend, DBC is seen dropping by nearly -16% against the dollar on June 22nd.

That being said, the 125th coin in accordance with the global coin ranking list, can be traded at the price of 0.045$ per one unit.

DeepBrain Chain made its all-time high of around 0.63$ back at the beginning of 2018, however, DBC never got back to its record price while losing over 50% of its value in the course of the last two months.

The launching of the main net could potentially bring DBC closer to its all-time high, although that still looks impossible with the latest drop over -15.86% in the course of the last 24 hours.

After a Reprieve from US regulators, Billionaire Ethereum Co-founder now looks to China