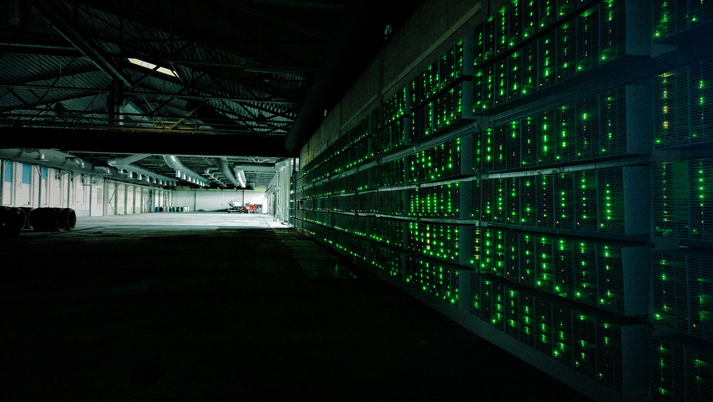 2017 will forever be known as the year that cryptocurrencies and blockchain technology exploded into mainstream awareness. Since then, cryptocurrencies have now evolved into a valuable asset class, with institutional money pouring into crypto markets from all four corners of the globe.

The skyrocketing value of the cryptocurrency market speaks to the enormous promise that blockchain projects hold — with the potential to disrupt everything from banking to logistics to the very way you store information.

As demand for cryptocurrency coins continues to increase, the coins themselves have also become more valuable. Like Bitcoin, many of these cryptocurrencies have a limited total supply of coins — which has made mining, or earning coins for dedicating computing power to maintaining the blockchain, much more lucrative.

Breaking down the costly barriers to profitable cryptocurrency mining

Long gone, however, are the days that an average Joe could easily muster enough computing and networking power to mine coins. As the number of transactions and the complexity of solving algorithms for maintaining blockchains have skyrocketed, so have the computing and energy costs of mining.

This has effectively restricted serious, profitable mining to companies with the capital and resources to maintain large-scale, energy-intensive mining farms.

That is, until MoonLite, an innovative cryptocurrency mining company, unveiled plans for a renewable energy-based cryptomining farm in Iceland that will distribute mined profits to ordinary investors and MoonLite (MNL) coinholders.

A chance for anyone to get involved in a green-energy, industrial-scale mining operation

MoonLite is a cryptocurrency mining company that allows anyone to contribute — and profit — from an industrial scale mining operation. MoonLite is helmed by an impressive team of business executives, FinTech professionals, and blockchain entrepreneurs.

With an excessively detailed roadmap and white paper all in place, the team is now raising capital through a presale and public ICO. It could be a chance for keen-eyed investors to take a stake in an ambitious and sustainable industrial-scale mining operation

Unlike most mining groups that are at the mercy of the increasingly crypto-skeptic governments of Asia, MoonLite has strategically positioned itself by establishing its first mining farm in Iceland — and they are allowing the public to take a stake in the operation and its distributed profits by holding MoonLite (MNL) coins.

So how does it all work?

MoonLite will use the capital raised from private investors and it’s ICO to develop its first data centers, and will then “begin by mining predominantly Bitcoin, DASH, Litecoin, and Ethereum using 100% sustainable, green energy.”

The projected amount of coins and profits gained from mining is fully transparent; all information regarding the operation is publically available so that investors and MNL coinholders know what to expect.

Each month mining proceeds are collected and then distributed toward:

As it stands, the team plans to distribute proceeds at a ratio of 60:20:20. There will also be decentralized voting via secure.vote so that token holders can vote on the appropriation of proceeds each quarter and have a say in the governance of the mining operation.

Mining proceeds are projected to scale upward each quarter due to MoonLite profits being redistributed for investment, trading, holding coins in storage, and expanding the infrastructure of its data centers.

MoonLite is also implementing a lucrative token buy-back structure where the company will repurchase a significant amount of MNL tokens from coinholders at a premium rate, every six months. These tokens will then be burned, appreciating the token value of MNL over the long-term.

Why investors should consider MoonLite

As cryptomining becomes more lucrative yet more costly, the window of opportunity is fast closing for ordinary people to mine today’s most valuable coins.

MoonLite offers a unique opportunity for people to get onboard and take a stake in what is becoming an increasingly lucrative industry: cryptocurrency mining.

Here is a quick wrap-up on how MoonLite is setting itself apart from the competition and why you should consider taking a look at their ICO before it ends on March 15th.

Now more than ever, the actual mining of cryptocurrency coins is an excellent opportunity for those that can afford to get involved — and now with MoonLite, most can.

MoonLite will give investors a chance at mining valuable and well-established coins, like Bitcoin, Litecoin, Ethereum, and Dash — coins that are only going to continue to increase in value as blockchain goes toward mass-adoption phase and cryptomarkets continue to receive enormous interest and capital.

The cryptocurrency market had a value of $18 billion last January. It is now $600 billion as of writing this. To put that in perspective, cryptocurrencies are now more valuable than Bank of America, JP Morgan, Exxon Mobile, Berkshire Hathaway, Amazon, and Facebook.

No competitor offers a similar product, and no other company can match the innovation that MoonLite is bringing to cryptomining space.

The MoonLite (MNL) ICO begins on February 28th, but the presale is open now

The public ICO will go live on the same day that the presale ends, February 28th, and will end on March 15th. Or earlier if all of the tokens are all snapped up. This may be the best time to get into MNL while it is still cheap.

If 2018 is going to be anything like 2017, cryptocurrency mining is something that you are going to want to be a part of — and MoonLite is your best bet.

As always, do your own diligence and research before investing. If you want to learn more about MoonLite, check out the following links below.

Related Topics:ICOminingMoonLitetokentoken sale
Up Next