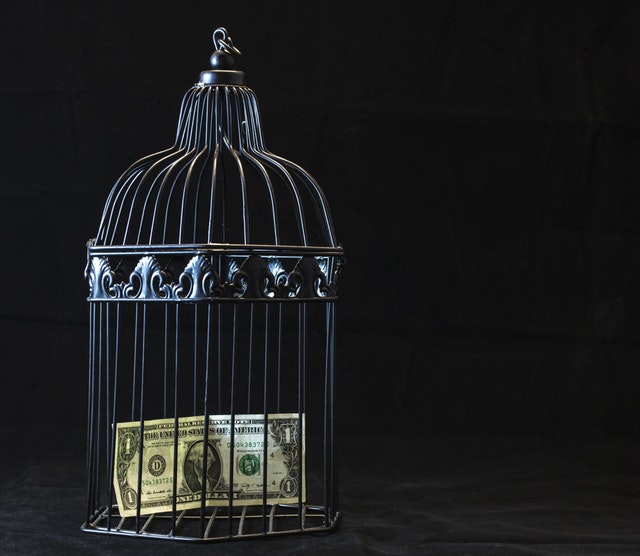 While Bitcoin is the largest and most talked-about currency in the crypto space, it is not the only profitable investment option. After the record-high performance of Bitcoin in 2017, it has been a disappointing year for Bitcoin followers. Over the years, the market has evolved to accommodate thousands of new altcoins which aim to bring outstanding innovations in the realm of the blockchain. Discernibly, DigiByte ranks among the top-performing currencies in the market and its team focuses on delivering a secure, faster, and avant-garde blockchain solution to crypto enthusiasts.

DigiByte, a cryptocurrency on the rise, aims to develop an alternative blockchain solution for new age investors. Functional since 2014, the cryptocurrency has been in existence for four years, cementing its place as the fastest and most secure UTXO blockchain in circulation. In the highly volatile world of cryptocurrencies, factors like tight security protocols and advanced algorithm play a pivotal role in influencing investments. By placing security before everything else, DigiByte team’s primary objective is to deliver highly secure services to investors. DigiByte’s rapid rise to fame as the public decentralized blockchain can mean only one thing. As with any other successful decentralized network, DigiByte is supported by a competent development team.

If you are aware of the latest price trends, you might be aware of the bearish momentum that has pushed some of the active currencies to a depression. With the top market players trading in the red, DigiByte features among the rare altcoins that survived the bear storm. Tracing the price movements of the currency, DCB’s price soared exponentially from 0.017 USD to 0.048 USD. Since its rise to 0.048 USD, DGB has managed to maintain a consistent performance, lingering around 0.033 USD.

Looking at DCB’s positive market response, one can point out several factors that are influencing the coin’s progress. Considering the speculations generated around the meteoric rise of the altcoins, it can even touch the long-anticipated $1 price level. The significant developments that are propelling the currency towards the $1 target can be summarized as follows:

Recognised for scalable and lightning fast application, DigiByte ranks among the top market leaders. While Bitcoin generates a single block in 10 minutes, DigiByte produces it coin in just 15 seconds. Besides, only a few currencies can beat the security features offered by DigiByte, as employs a 5 algorithms-based system, also known as MultiShield, to eliminate the risk of 51% attacks. The killer security protocols are complemented by DigiShield, MultiAlgo, DigiSpeed, and SegWit.

Apart from the technological upgrades on the blockchain, the currency has seen some exceptional developments in the form of listing and partnership. For instance, DCB was mentioned as one of NASDAQ’s decentralized projects.

Much of the speculations regarding DigiByte can be understood in terms of DigiByte’s dedicated awareness team or DGBAT, which was formed with the vision of spreading awareness about the project, drawing new investors to the network.

Tracking the important milestones reached by DCB, it is essential to talk about its listing on DX.Exchange. DX.Exchange, which is recognized among the most influential trading platforms, is a community-driven platform with numerous DGB token holders. At any rate, such a tie-up comes across as an excellent development.

Going forward, DigiByte has launched the hyped-up Guarda DigiByte wallet that is now available on Google Play. It goes without saying that the wallet will play a pivotal role in attracting investors to the blockchain network.

The Future of DigiByte (DCB)

As a groundbreaking cryptocurrency project, DGB features among the most vied-after investment options in the crypto space. Although a large number of currencies are ranked higher than this altcoin, it has anchored itself in the mainstream crypto market for its high scalability and security. As confirmed by DigiByte’s website, there are some exciting developments on the horizon that will make a tremendous impact on the market. Speaking of the future developments, there’s the much talked about DigiByte Foundation which plans to focus on education, outreach, and innovations.

In a nutshell, the present developments, as well as the plans scheduled for the future, are some of the major factors reshaping the course of the blockchain at the moment.  Available for trading at $0.031976, DigiByte (DCB) has moved up by 1.21% from its earlier position. As of 12th June 2018, the market capitalization of the market is tantamount to $331,907,569. Now that it is gaining a steady momentum in the market, the coin might just break all its previous records to touch the much anticipated $1 price level this year.

Related Topics:20182018 predictionsDigiByteDigiByte (DGB)
Up Next

EOS Mainnet Launched: Behind the Scenes