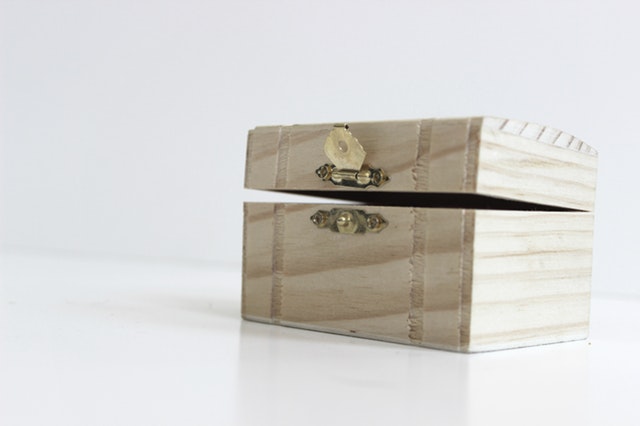 It is no secret that top altcoins like Ripple, Ethereum, and Litecoin are the envy of most crypto projects simply because they are able to attract a large number of investors thanks to their popularity. Just ask any crypto investor and they will reveal that the small altcoins on CoinMarketCap’s top 100 lists are a huge risk to invest in. Mostly they are either full-out scams or just lower-tier Blockchain projects. However, in an attempt to avoid throwing the baby out with the bathwater, there are certainly hidden gems among altcoins that are otherwise overlooked. One such altcoin is Digibyte (DGB).

Digibyte has been a silent riser for quite some time. Since the time it was officially launched in 2014, the altcoin has managed to build a reputation as one of the fastest and most secure UTXO Blockchains, built on its own Blockchain network (unlike most altcoins that are forked from Bitcoin). In fact, in terms of decentralization, security and long-term potential, Digibyte stacks up so well against Bitcoin and other heavy hitters of the crypto space.

For instance, where Bitcoin’s average block time takes up to 10 minutes, Digibyte delivers more speed at 15 seconds. Scalability is also not a problem for Digibyte as it can comfortably handle 560 transactions every second where Bitcoin taps out at about 7 TPS. By 2035 the Digibyte team plan to have 21 billion coins mined meaning it’s a much better payment option thanks to over 100,000 nodes that currently manage transitions on its network.

It gets even better when it comes to mining and security on the Digibyte’s network. Recently there have been reports of 51% attacks on Verge XVG coin. A 51 percent attack is basically a situation whereby a hacker, with enough computing power, is able to control a Blockchain network by either reducing the difficulty level of mining and managing to mine coins from the network at the lowest difficulty or shutting down the entire network completely. These recent events on Verge XVG, have led to rising concerns among cryptocurrency enthusiasts with most altcoins being scrutinized for their level of security.

How DGB’ Blockchain measures up to other altcoins

According to Crypto51.app, it would take you less than $10 worth of hashing power to attack cryptocurrencies like Orbitcoin, WorldCoin, Quark. It gets even worse knowing that these cryptocurrencies are worth millions in terms of market capitalization.  Simply put, a hacker is incentivized to launch an attack.

Once again, this is where Digibyte shines as it has an adaptive difficulty adjustment set to change in real time as opposed to Bitcoins 2 week delay. Additionally, Digibyte uses five separate mining algorithms that are weighted equally with individual difficulty adjustment. Digibyte also boasts of being a pioneer of this technology and calls it the Multishield.

For a hacker to be able to attack Digibyte’s Blockchain network, they would need to control 93% of each of the mining algorithms and also take up 51% control of the entire network. This is not only difficult for a hacker to execute, but also quite costly in terms of hashing power. Ultimately Digibyte makes it very difficult for an attack to occur on its Blockchain.

Related Topics:DGBDigiByteDigiByte (DGB)
Up Next

What the Future Holds for IOST HODLers: The Latest Developments

Does it still make sense to HODL XVG after multiple attacks?