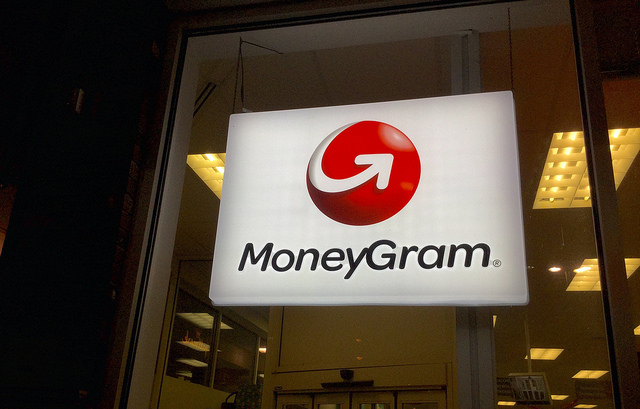 As 2018 started, MoneyGram announced its partnership with Ripple Labs and recently many began speculating that they’ve adopted the blockchain already. To put an end to the speculation, just a couple of days ago, on November 2nd, MoneyGram made it known via its Twitter account that they are testing Ripple xRapid for international processes internally. The pilot program is not intended for their users use for now.

MonyGram International Inc. is a company headquartered in Dallas, Texas since 1940. Their business includes Global Funds Transfers and Financial Paper Products. The firm piloting Ripple blockchain is not an ordinary one since it’s the world’s second largest international remittance service with a presence in more than 347,000 agencies scattered around more than two hundred countries.

When it comes to sending money overseas without using a bank it hardly gets any bigger than MoneyGram. MoneyGram’s services are relatively quick and cheap when compared to the traditional SWIFT system. The transfer fee is normally around 5% and the time for settlement can be hours instead of days.

The current competitive advantage held by MoneyGram has to do with the fact that it doesn’t rely on the traditional financial system, as is the case with most other firms in the business. But they found a way to develop a proprietary system for internal use that eliminates a lot (but not all) the friction usually involved in transferring money across borders. They have their own parallel global financial system, so to speak.

Hello, this is a pilot program being tested on internal MoneyGram International processes and is not intended for consumer use.

As noted in the beginning, MoneyGram used its official Twitter account to announce that it has adopted Ripple’s xRapid platform in a pilot program that will test how useful could the new technology be in improving MoneyGram’s services and customer experience.

It doesn’t mean that the company’s clients will be able to use xRapid to transact but rather that it will be incorporated into the company’s internal works to complement their current proprietary systems. So customers should be able to feel a difference regarding eliminating some friction and paying lower transfer fees, even if they can’t use it directly.

This is a marriage made in heaven for both Ripple Labs and MoneyGram. Ripple’s aim has never been to have its native currency (XRP) be a retail one or means to store wealth, but a mediating coin that makes the movement of money around the world cheaper, faster and more reliable.

Ripple is slowly but surely achieving this by securing strategic partnerships with many of the world’s most important banks and financial institutions. MoneyGram, on the other hand, always wants to have a bigger share of the world’s market and their user base could increase significantly if their service becomes meaningfully cheaper and faster.

Again, it’s important to make it very clear that this doesn’t mean adoption yet. It’s a pilot test for MoneyGram’s internal use only, in the hopes that internal liquidity transfers will be improved for the company.

A Twitter user with @MikeNardolillo handler made a quite comment worth noting (and agreeing to) as he said,

Many entities piloting xrapid have already incorporated it on the back end for their clients. When will you do the same? That way you can offer the fastest or cheapest route to your consumers, instead of just overpriced remittance. Customer-centered approaches will be the future.

Ripple is probably the blockchain project that pushes harder for mainstream adoption of cryptocurrency (XRP in particular). While it’s also struggling for the coin to be useful as a retail token, the priority remains for the traditional financial system to adopt it for internal use.

These kinds of announcements are critical for the cryptosphere because they show that people, businesses, and investors outside crypto sector are slowly but surely understanding the advantages inherent in cryptocurrencies, starting to trust them, and starting to try them out as viable solutions. It’s even more meaningful when they come from banking and financial institutions which have been the most skeptical and pessimistic about the blockchain, its reliability, and applications.

If and when MoneyGram fully adopts Ripple product xRapid at the production stage, it will increase demand for XRP exponentially that might drive its price up. And unlike the current status of most coins in the crypto markets, this increase will not be purely speculative but driven by real-world economics.

Electroneum gets its first Euro/ETN pairing at Liquid by Quoine

Tron (TRX) wants you to join them and support Net Neutrality