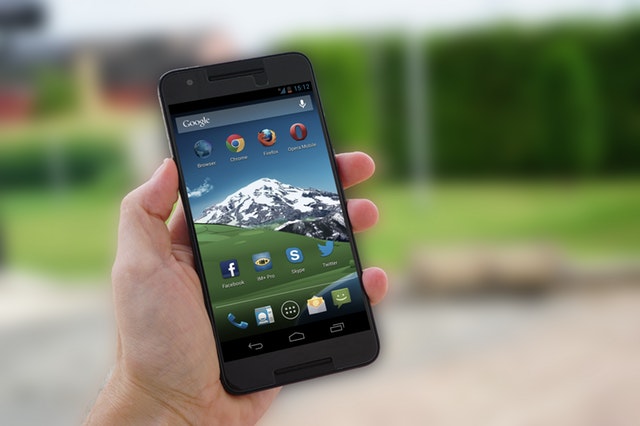 TRON (TRX) continues with constant innovations, new partnerships, additional projects, and all of that came in the middle of its MainNet launch and token migration. The most recent additions to TRON include Google Chrome wallet plugin, as well as 15 new wallpapers released by its founder, Justin Sun, himself.

The founder of TRON (TRX) cryptocurrency, Justin Sun, took an opportunity to announce a new wallet for TRON. The wallet will be browser-based and will come as the newest plugin for the Chrome browser.

TRON has already achieved more in the last couple of weeks that many cryptos manage to do in their entire lifetime. However, Sun and his team show no signs of stopping, and new developments regarding this coin just keep coming.

The wallet is called Tron Wallet V1.7.0, and it comes as a plugin for Google’s popular web browser. Sun used the announcement of the wallet to issue detailed instructions on how to install it and has called it an amazing multi-functional wallet. According to him, the wallet is designed especially for the TRON web and can be found among other Chrome plugins.

Sun claims that the wallet provides its users with stable performance, good user experience, smart and fast program, which would make the interactions with cryptos and crypto-related online accounts easy and fast.

The wallet offers various other features, including the market checker for TRX coins, a voting function, and a QR code maker. Thanks to the mentioned voting function, TRX holders will be able to vote during the TRON’s upcoming “Tron Super Representative Elections”, which are scheduled for June 26. One TRX coin will equal one vote, and the results are entirely in the hands of the coin holders.

As part of his medium post about the wallet carries a detailed series of various guidelines and images that are demonstrating how the download, install and use the new wallet. And, as always, the reactions of the community show two different views on the new products. Some are thrilled and have applauded on the continuation of TRON’s development, while there are also those who believe that it is only a matter of time before the wallet falls before hackers.

Considering the recent hack of MEW wallet, the skepticism is perfectly understandable. However, another thing to consider is that this means that TRON is joining up with Google, which has become well-known for its security. Chances are that Google is the best bet for those wishing to keep their funds safe.

Additionally, Sun has also used his Twitter account once again, and this time, he announced a series of TRX wallpapers. The images are displaying TRON’s logo and can be found on his Medium page.

#TRX Customized wallpapers for #TRONICS! Use these exquisite wallpapers to get closer to #TRON https://t.co/HUgO2sMD9w

The team was inspired to do this after receiving a lot of positive impressions when they released TRON’s official posters. The community like the images, and requested new ones, without text on them, so that they can be used as wallpapers for smartphones. Sun and the rest of the TRON team were happy to deliver, and have even called it ‘a visual feast’.

The community has been really appreciative of this move, and once again, the crypto-star received praise and appreciation.

Western Union Claims that Payments via Ripple (XRP) are not Cheaper